David Harbour once stared in Stranger Things as Hopper that was one of the most hated characters in the series. In the third season of the show, we did know what the back happened to the police chief because of that many questions over whether he’ll make it to the upcoming fourth season.

During Dortmund’s Comic-Con, the star gave his own take on what he thinks should’ve happened to Hopper, saying: “I think Hopper, from the very beginning I’ve said this he’s very lovable in a certain way, but also, he’s kind of a tough guy. 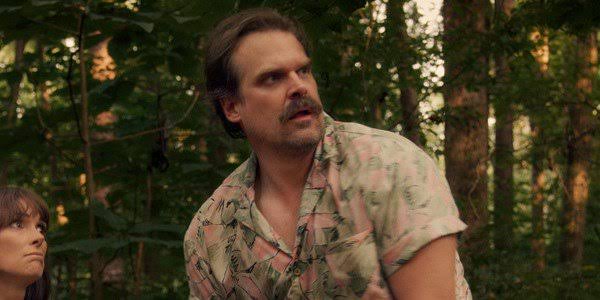 He further added “Certainly at the beginning of season 1 he’s kind of dark, and he’s drinking, and he’s trying to kill himself, and he hates himself for what happened to his daughter. I feel like, in a sense, that character needed to die. “He needed to make some sacrifice to make up for the way he’s been living for the past like 10 years, the resentments that he’s had. So he needed to die.”

The star went on to reveal that the Stranger Things cast doesn’t know whether if Hopper is dead, or if he’ll return for season four, saying. He also said that he thinks the fans wi find out at some point and further told all go us will find out at some point. Hopefully, we will see what happens to Hopper in the upcoming season of the show as Stranger Things has already been renewed for a fourth season.