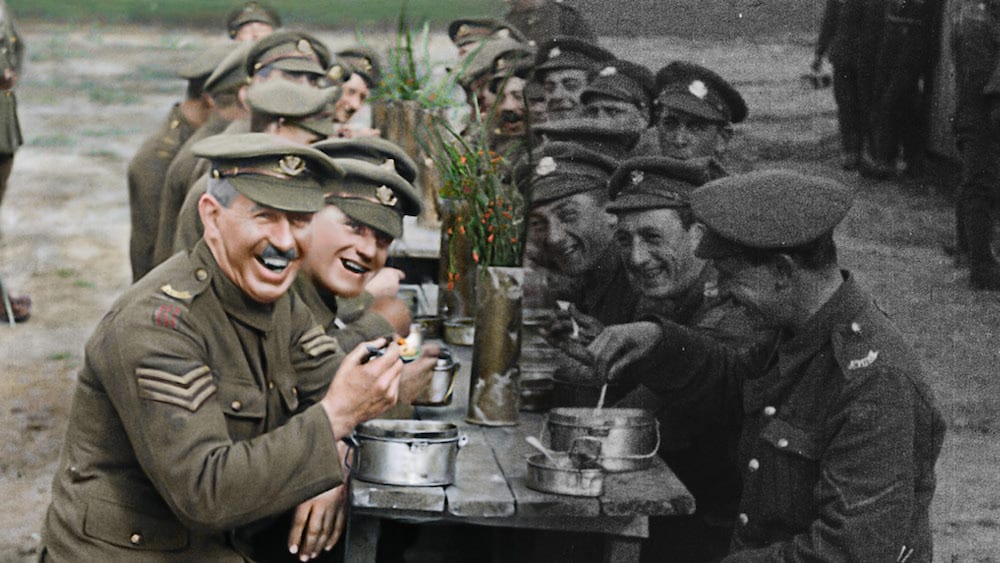 This isn’t the story of a country that won the war against all the odds or the story of the triumph of right against the wrong. But it is the tale of “what it was like to be a soldier” during the World War 1.

The brilliantly executed WW1 documentary called They Shall Not Grow Old belongs to Peter Jackson. It is an impressionistic work of the man with no nothing. What do I mean by that? What I mean is, in They Shall Not Grow Old, there are no title cards, no one giving you a narration of the war, no soldiers’ accounts or one-sided war propaganda. It’s the foremost thing that you notice about They Shall Not Grow Old. The war veterans who returned to England after fighting a bloody war may have a lot to say. But we’ve all heard accounts of what the veterans say, that the bloody war “had no conversational value at all, ” back home.

The footage used in They Shall Not Grow Old is from the archive of England’s Imperial War Museum. The said museum which commissioned and permitted Jackson to make the movie albeit some restrictions. Jason, for example, had to abstain from using any footage whatsoever from other sources strictly. I guess that’s the deal if you get access to classified stuff, they would want you to be restricted.

They Shall Not Grow Old wasn’t an easy movie to make. Jason and his team began by digitally restored the 100-year-old footage. And mind you, this footage is captured by hand-cranking camera operators who were on a battlefield. This was then converted into color and 3D.

The moviemaker says that though They Shall Not Grow Old is made out of British material, it is an endeavor to capture the whole of the “human experience

They Sall Not Grow Old opened first in The UK in Octo r, 2018 at the London Film Festival. On 9 November 2018, it opens, ned in theatres across the United Kingdom. As of now, the movie hasn’t released in the US, and it shall be out on January 17, 2019.