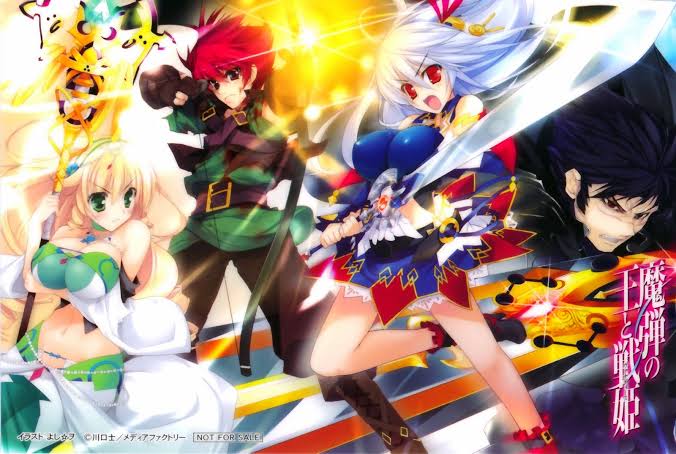 “Madan no Ou” and Vanadis, aka “Lord Marksman and Vanadis,” is a Japanese light novel written by Tsukasa Kawaguchi and illustrated by Yoshi☆o and Hinata Katagiri. It’s anime adaptation first came on October 4, 2014, on AT-X directed by Tatsuo Sato and produced by Studio Satellite

What is Madan no Ou to Vanadis about?

In the alternate version of Europe, a gruesome war between the two countries is brewing. One of these countries, Zhcted, has seven regions ruled by War Maidens who are known as Vanadis. Who is equipped with a powerful dragon-carved weapon, Eleonora Victoria, one of the seven Vanadis leads the fight against Brune along with the six other Vanadis. They reign over the Seven territories of Zchted. The power causes dread and dread and fear among their enemies. An earl in the service of the country of Brune, a young archer named Tigre, got to experienced Vanadi’s power and defeated by Ellen on the battlefield and impressed by his skills; Ellen chose to spare his life. In exchange, he asked to serve her.

When is theof Madan no Ou to Vanadis Season 2?

There still much to be said about the 2nd season, the chances are pretty much low, but if the creators are still thinking about producing another season, we might get the 2nd season on around 2021, But if no announcement were made, then we might never get to see on anime anymore.

Who are the main characters of Madan no Ou to Vanadis?

Elenora Viltaria: Commonly known as Elen, the main female character of the series and one of the seven Vanadis. She is a beautiful young woman with long white hair and red eyes. She vows to protect the people of Leitmeritz or Zhcted from harm. Apart from being a brave warrior, she surprisingly open-minded who believes relationships and bonds with her people will reflect later in the war. She defeated Tigre and becomes one fo his closet allies.

Tigrevurmud Vorn: The main male protagonist of the series. One of the Earl of his home territory of Alsace. He may look like a teenager, but he is a fully grown adult. With red hair, hazel eyes, and always carries a bow with him. He does not care about loyalty and treats equally to his people. He puts his life to make sure his people would be safe.