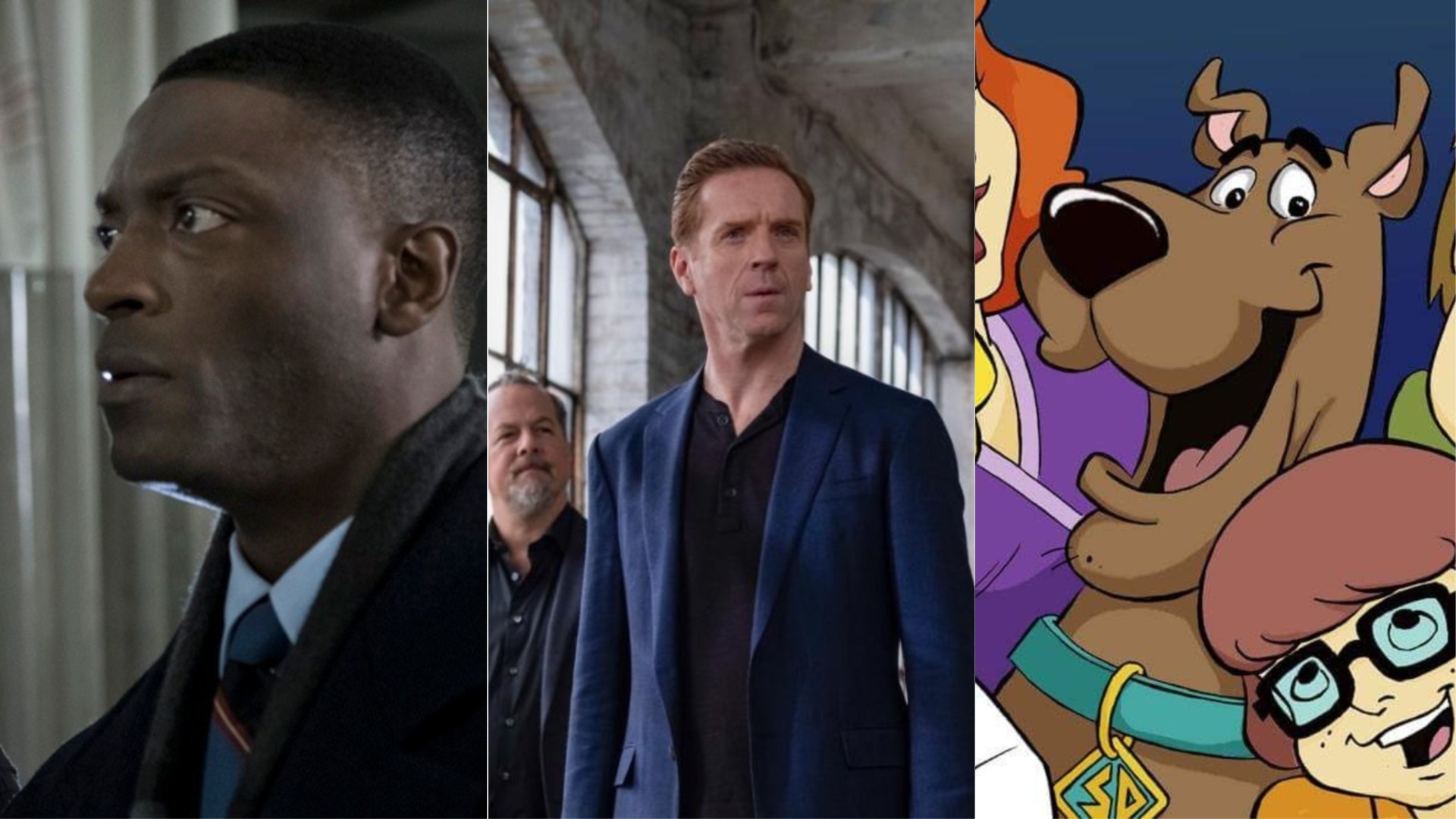 For the past years, Amazon Prime has been hell-bent on increasing their catalog along with the original series that has certainly embraced the OTT platform as one of the top contenders in a streaming race that is hard to take down. With every month coming this year, Amazon has increased its content on a hefty basis bringing abundant movies and shows to the platform, and with February now officially coming; shows are ranging from different genres to documentaries coming from various networks, along with Amazon’s very own originals that are making their presence felt. So, counting down everything the OTT platform has to offer, here we are taking a look at the TV shows coming to Amazon Prime for the February of 2021. 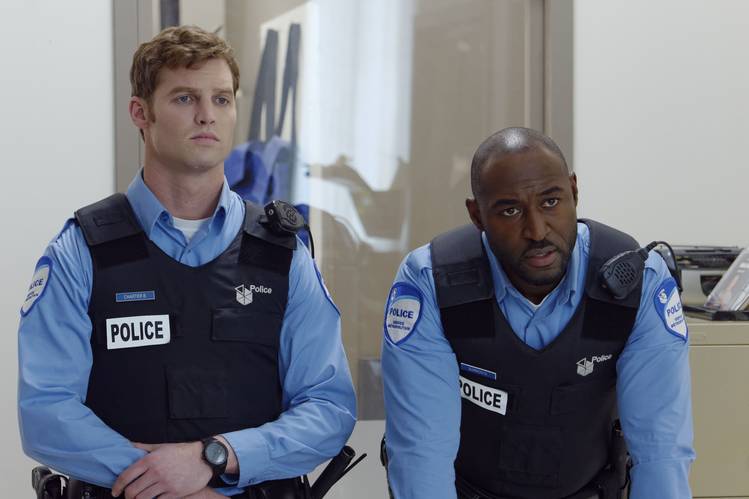 CTV’s very won Canadian crime procedural developed by Bruce M. Smith is coming as one of the first TV shows adding to the Amazon Prime Video’s catalog. The series starring Adrian Holmes and Jared Keeso in the lead follows the story of officers Nick Barron and Ben Chartier of the Montreal Police Department with Barron played by Adrian, who has just returned as a veteran after losing his partner, and Ben played by Jared, who has come to Montreal to restart his life. The characters are paired together as they learn to fight their way in solving crimes happening in the town, leaning on each other’s shoulders.

19-2 is one of the positively reviewed shows. It has been nominated for 37 Canadian Screen Awards with winning 5 of them, including Best Dramatic Series and Best Performance by an Actor for both Holmes and Keeso. The show was also nominated for Best Drama Series at 44th International Emmy Awards.

Read More: The Musical Masterpieces Sharing A Resemblance With Oklahoma! (1995) 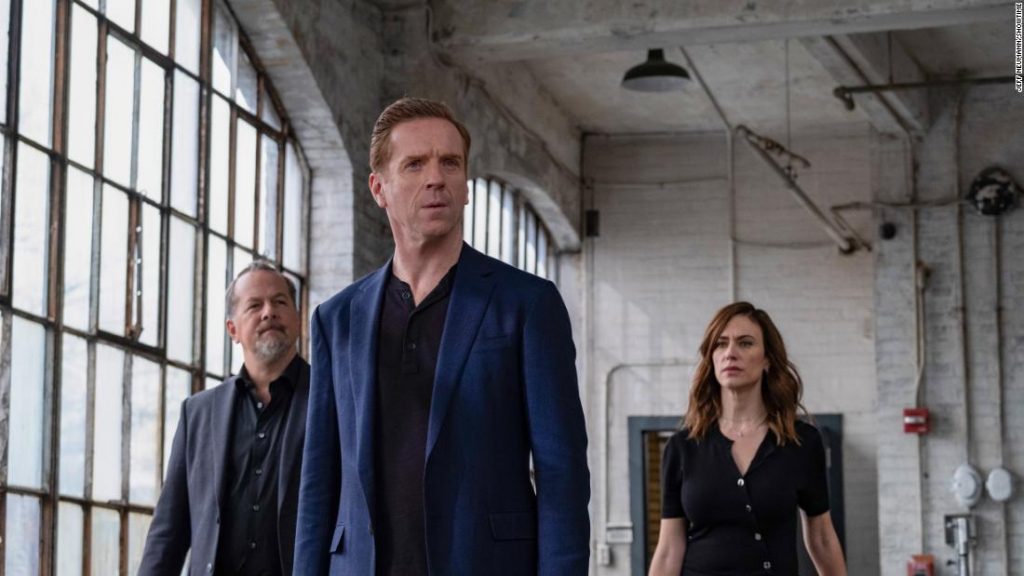 The Showtime series created by Brian Koppelman, David Levien, and Andrew Ross Sorkin titled “Billions” will be arriving on Amazon Prime Video with its three seasons, which tells the story of Bobby Axelrod, a hedge fund manager who accumulates wealth and power in the world of high finance while he engages in a battle of ego with US attorney Chuck Roades as they compete to outdo each other in the financial market. Billions are one of the most positively received shows that have gone on to be nominated for several awards shows, including the likes of Satellite Awards, a Critics’ Choice Television Award, and an Artios Award for Outstanding Achievement in Comedy Pilot Casting.

Another PBS documentary based on the 2011 book Black in Latin America by Henry Louis Gates Jr., and he himself hosts the show as he explores Afro-Latin American roots with each episode focusing on one Afro-Latin American individual and his family history and heritage, which is heavily overlooked. The show’s purpose is to explore African-American history and present-day experiences in more of a Latin-American context.

Aspire TV’s Butter and Brown, a comical culinary series directed by Theo Macabeo and produced by Issa Rae that arrived in 2017, features Seth Brundle and Leslie Antnoff, who attempt to make meals and cocktails with food on their hand as they keep making fun, adding comedy and jokes to the mix.

Read More: Movies Like Harry Potter You Should Watch This Valentine’s Week

City on a Hill: Season 1 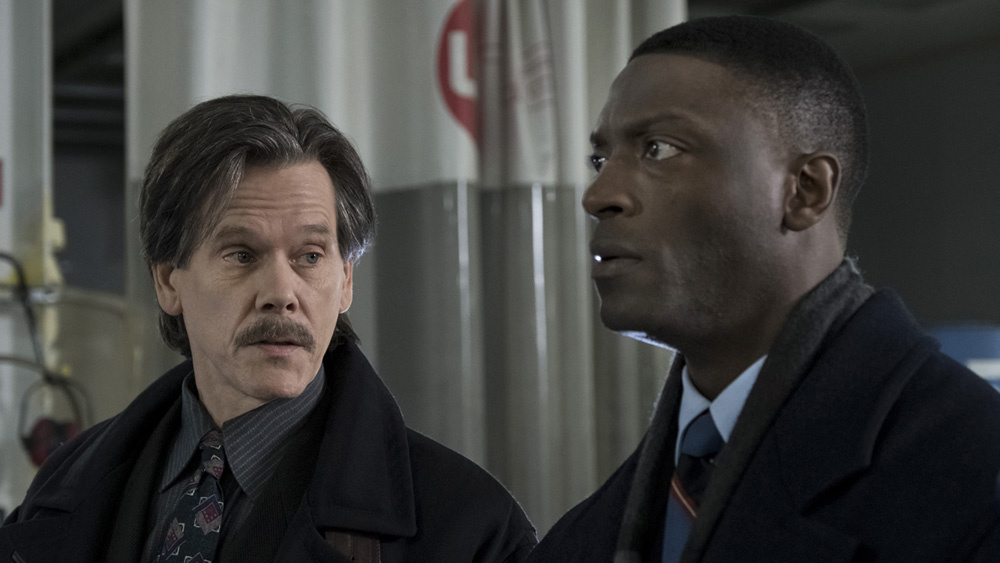 Showtime’s City On a Hill, created by Charlie MacLean, arrived online and released on Showtime that comes from an original idea by Ben Affleck and MacLean, which features stars Kevin Bacon, Aldis Hodge, Amanda Clayton, Cathy Moriarty, Kevin Dunn, and Jill Hennessy. The series focuses on attorney Decourcy Ward and corrupt FBI veteran Jackie Rohr, who unlikely to team up to take down a family of car robbers from Charlestown.

Coming from the History Vault, Civil War Journal takes the audience inside the stories beyond the Civil War as it explores personal stories of the War. Coming from the various diaries, photographs, and dramatic re-creations, the intimate side of the war is explored with host Danny Glover who narrates each episode about West Point Classmates-Civil War Enemies, Robert E. Lee, Stonewall Jackson, Sherman, and the March to the Sea.

MotorTrend’s Faster With Finnegan sees Mike Finnegan and his friends Mike Cotten and David Newbern as they buy cheap cars and utilize their ideas to modify them to build up the ultimate race car. With just a little cash in hand, they create gold out of junk living the roadkill life with ideology, technology, and duct-tape-o-logy.

Finding Your Roots, another PBS documentary featuring host Henry Louis Gates Jr, who has hosted various PBS documentaries, and here he continues his exploration of getting inside the DNA of American Culture with each episode featuring a celebrity who view their ancestral history and their connections with famous and infamous people while also expressing their emotional connections.

For the Love of Jason: Season 1

Urban Movie Channel’s For The Love Of Jason explores the life of being single in your 30s as Jason, who just broke off with a long term relationship in his 30s, gets caught up with the bachelor life all over again as his friends are settling down and he feels he has a lot of catching up to do. For the Love Of Jason stars Trell Woodberry, J. Kareem Grimes, Laila Odom, and B.J. Britt in the lead.

Another PBS documentary, Genealogy Roadshow, focuses on the genealogies of people who attend historically significant locations in the United States. The team of experienced genealogists presents their research at these locations. Diverse participants indulge with the researchers who explore the unverified genealogical claims that could connect the participants to a certain event or a historical figure using family heirlooms, letters, pictures, and historical documents.

I Killed My BFF: Season 1 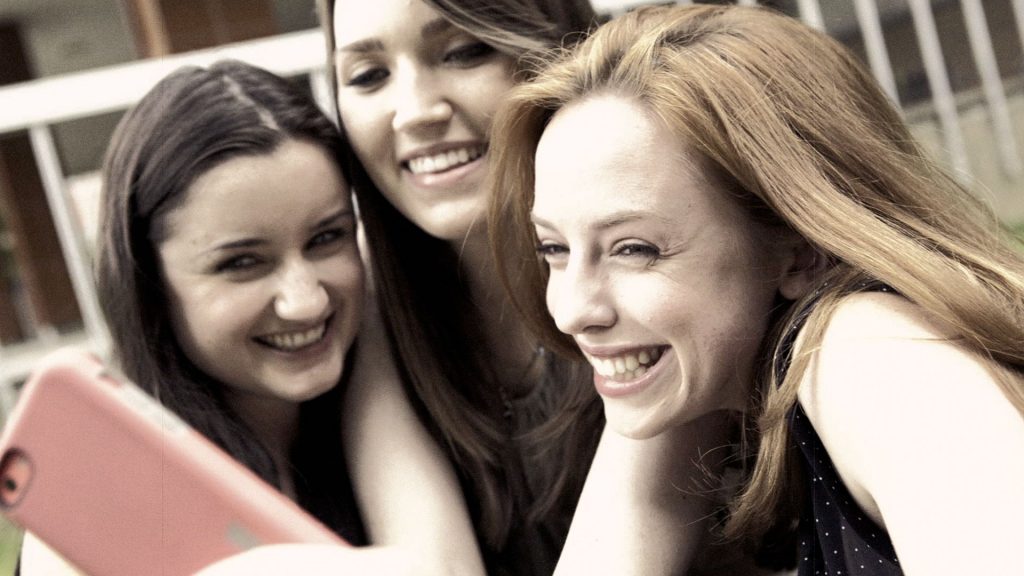 A&E Crime central’s I Killed My BFF follows the story of what may happen when two Best Friend Forevers turn on each other to become frenemies eventually.  Each episode focuses on true stories of intense friendships that take a bad turn of events, in the end, resulting in one of them being hurt to the core. From Best Friends turning on each other to affairs with others’ wives, the show focuses on how best friends don’t keep status forever.

American Sitcom I Married Joan, aired from NBC from 1952 to 1955, is now coming to Amazon Prime Video. Starring Joan Davis and Jim Backus in the lead, the show focuses on the life of an upstanding judge with a wacky good-hearted wife and their day-to-day lives and challenges.

Considered a PBS masterpiece, Mercy Street is a medical period drama by Lisa Wolfinger and David Zabel. It is set in the Civil War era that focuses on two nurses from opposing sides of war working at the Mansion House Hospital. The series is based on real people’s real lives from the events and is the first American Drama to debut on the PBS Network.

Read More: Top 50 Most Anticipated Movies Of 2021 That Fans Are Eager To Watch 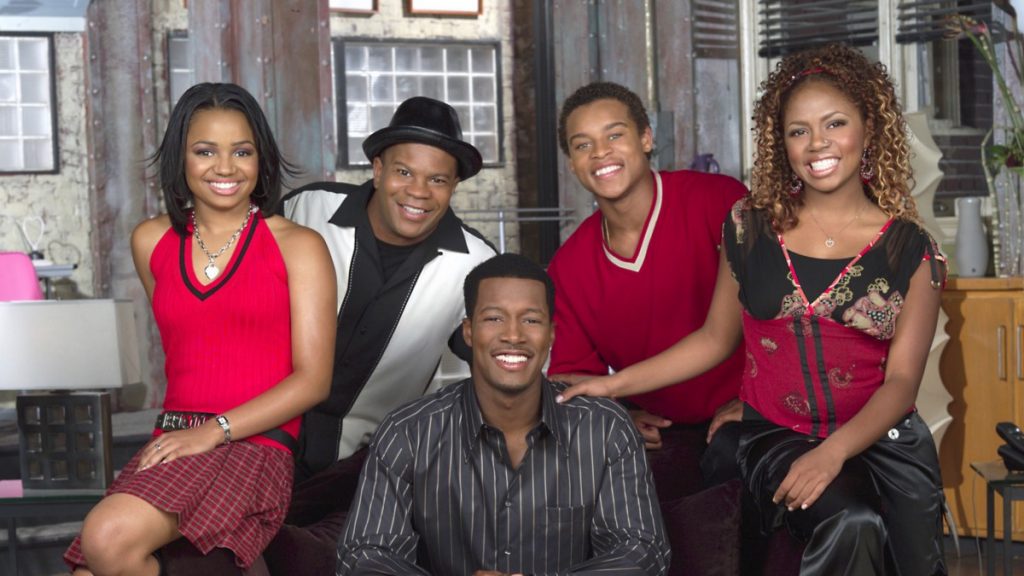 Another American sitcom developed by Eunetta T. Boone from UPN stars Flex Alexander as a single sportscaster who turns full-time father when his ex-wife leaves for another country to pursue a job, and now his daughter Breanna played by Kyla Pratt, is coming in to move in with him. The former athlete turned sportscaster watches his life turning upside down as he has worked out his relationship with his teenage daughter.

The 1944 Black and White show directed by Lewis D. Collins and Ray Taylor, starring Dennis Moore, Wanda McKay, Lionel Atwill, and Joe Sawyer, focus on the world at the latter stages of the Civil War when a gang of Confederates, headed by Alex Morel played by Lionel Atwill steal all the gold shipments that are shipped for Washington from Oro Grande, California.’

The British crime drama  Michael Crompton that originally aired on ITV1 stars  Christopher Eccleston and Marsha Thomason in the lead as former detective Robert and his wife Katy, who turn their beautiful guest house into a safe house when their friend Mark played by Paterson Joseph, asks them to shelter a few people who need help.

The American sitcom The Game, developed by Mara Brock Akil, will arrive on Amazon Prime Video, originally aired on October 1, 2006, for The CW. The Game sees men trying to hone their skills as pro football players on the field while their wives trying to get the best agents for them with the best endorsements and merchandising deals. The series serves as a spin-off to the long-running CW show Girlfriends. 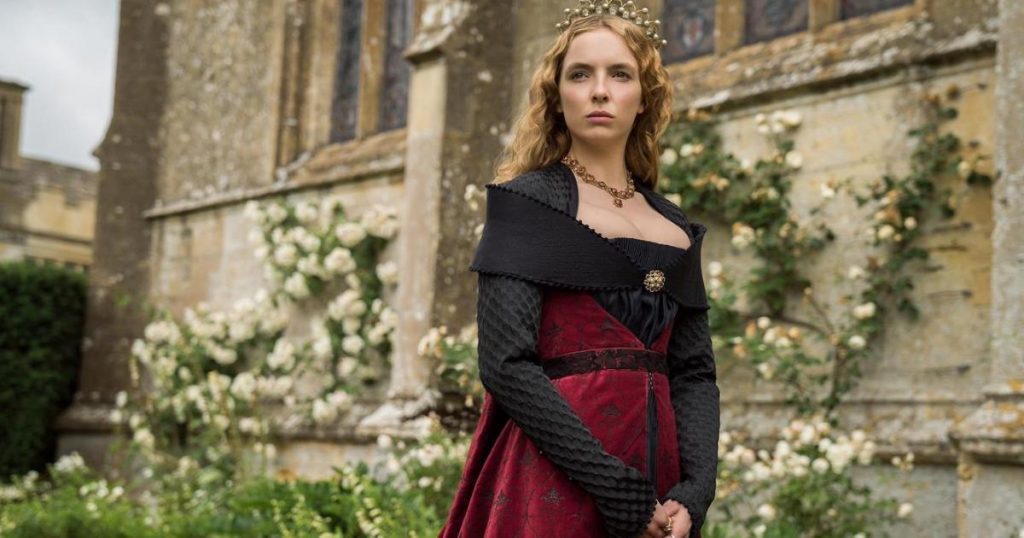 The historical drama developed by Starz titled The White Princess is based on the book of the same name by Philippa Gregory and serves as a sequel to the 2013 series The White Queen, which has adapted Gregory’s previous novels. The White Princess focuses on Henry VII and Elizabeth of York’s marriage that could effectively end the Wars of Roses as it unifies both houses of Lancaster and York. Still, plotting plots of mothers threaten the marriage due to enmity and lack of trust among them, resulting in the kingdom falling apart. 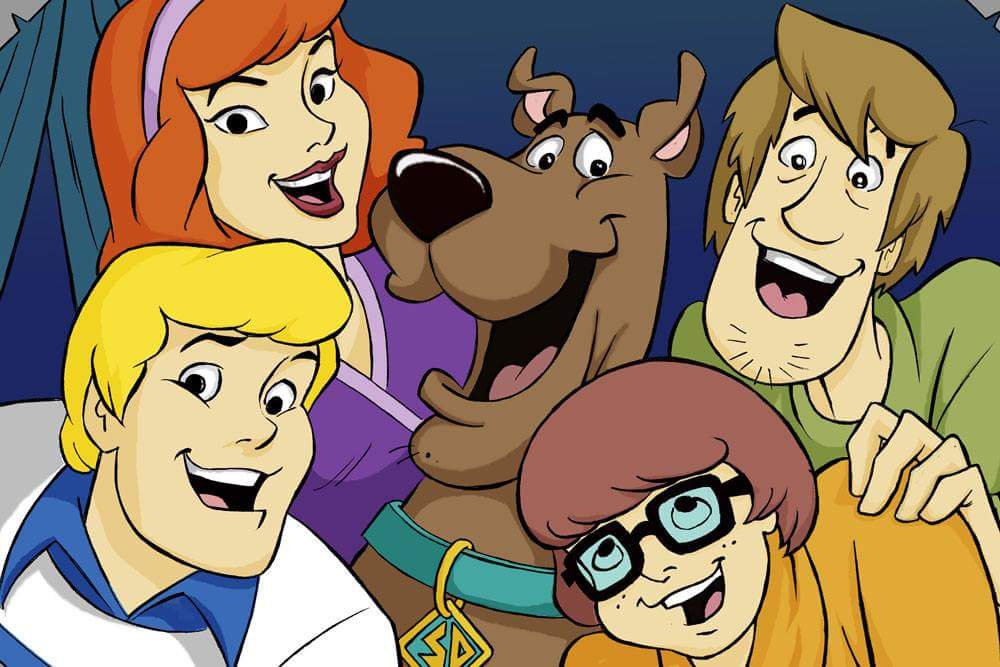 The classic Boomerang show “What’s New Scooby-Doo?” the ninth incarnation of the original Scooby-Doo Franchise developed by y Warner Bros. Animation revives the classic format of “Scooby-Doo, Where Are You?” as we see the Mystery Incorporated Gang Shaggy, Scooby, Velma, Daphne and Fred embark on adventures to solve mysteries once again meeting new monsters only to reveal them as humans but this time with new gadgets and inventions.

Showtime’s four-episode documentary WuTang Clan: OF Mics and Men is created by Sacha Jenkins and focuses on a New York-based hip-hop group Wu-Tang Clan from their early days to celebrate their 25th anniversary. Throughout the four 60 minute long episodes, all nine living members are interviewed with their points and footage from 2004 featuring the late Ol’ Dirty Bastard. Many people affiliated with the group also joined in to share their stories with Wu-Tang Clan.

The Spanish drama Little Coincidences starring Marta Hazas and Javier Veiga will be arriving with the third season on Amazon Prime Video. The show focuses on two individuals who have never met each other in life, and neither wants to complicate each other. Still, when they are entertained with the idea of being parents, they soon unwillingly cross paths time and again with a lot of coincidences. 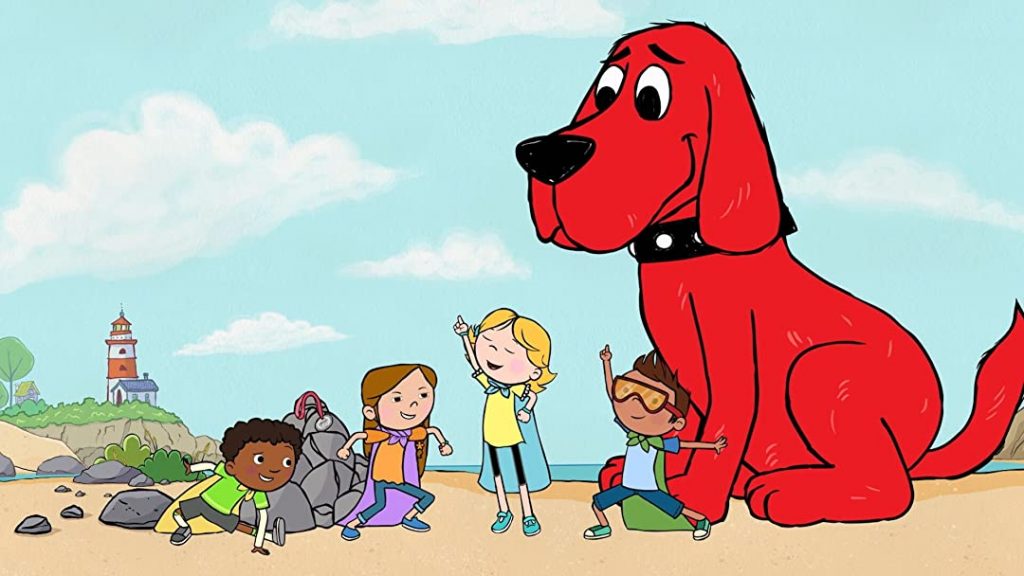 Clifford, an Amazon Original Series, is an American-Canadian cartoon rebooted from book series written by Norman Bridwell with the original one created by Deborah Forte. Clifford focuses on Emily Howard, a young girl who owns Clifford, a big red dog who can finally speak to her since the 1990s as they both embark on different adventures on Birdwell Island.

Las Cumbres focuses on a full-fledged boarding school isolated from the world and surrounded by countryside that includes rebellious and troublesome kids who live under the strict and severe discipline imposed by the people who run the place prepares them for the outside world. Simultaneously, the surrounding forests are home to ancient legends, threats that are still in force that could bring out dark adventures.

Top Class: The Life and Times of the Sierra Canyon Trailblazers: Limited Series

The IMDb TV original Top Class follows the story of a new mecca of high school athletics just outside Los Angeles featuring some of the nation’s highest-ranking players – BJ Boston, Amari Bailey, Bronny James, Shy Odom, Zaire Wade, and Zaire Williams. Top Class gives exclusive access to teams who are ranking globally and finding success at one of the most elite schools in the country.