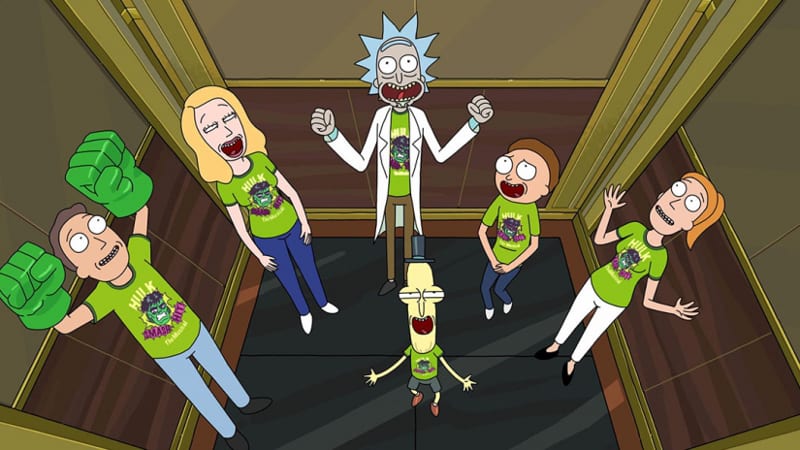 Rick and Morty is one of the most popular shows on the internet. The show received a surprise in the precedent season; the show gained massive popularity in Season 3 and fans loved it. As Season 3 ended Rick and Morty’s fans expected news about Season 4, but that never happened; this sent a message to supporters and set fear that they’d have to wait too long for Rick and Morty Season 4 now, and some even thought that we may never get Rick and Morty ever again.

Rick and Morty had seen a massive swell in its demand. It has indeed become a sensation. Rick And Morty season three episode 1 aired in 2017 on April Fool’s Day. Moreover, so there were some speculations amongst fans that maybe possibly that might happen again, it didn’t.

Adult Swim did distribute a new Rick And Morty cartoon for April Fools 2018 — just not in the way anyone anticipated. What fans got was a 15 minute Rick And Morty experience by Australian Animator Michael Cusack entitled Rick And Morty: Bushworld Adventures.

Rick and Morty will soon have its new season out, not more quickly though. Justin Roiland co-creator of Rick and Morty posted glims of that. The post cleared the fate of Rick And Morty, and we know for a fact that 70 more episodes are lined up for airing.

Rick and Morty’s show has a deal for more 70 episodes with distributer. So if 70 more episodes are sanctioned, this makes a clear hint that fans will get more 7 Seasons of their favorite characters. They are making it a total of 10 seasons. Given there’s a long wait included in the acquisition of content. However, the product we as viewers receive is unmatched in excellence and superiority.

When asked about Rick And Morty Season 4Harmon said to Vice, “The reason we’re not working on Rick and Morty right now ain’t because I figured out that I don’t need to impress you, It’s because of a little something called contract negotiations, and it’s gotten complicated this time around.”

Although perturbing, it’s not entirely unexpected. The show is having its peak interest in fan base right now, making it no wonder that people may want more from the material than they previously did. Roiland and Harmon probably be asking for a larger staffed writers room, for Rick And Morty Season 4 update. There are some reasons as to why discussions are taking longer than usual, but unhappily, fans are waiting for a new season for a long time now.

Even though there haven’t been any real videos to promote the upcoming fourth season of Rick and Morty, there have been many weird teasers that have been posted on the official channels of Rick And Morty.

Here is the latestfor Rick and Morty Season 4.