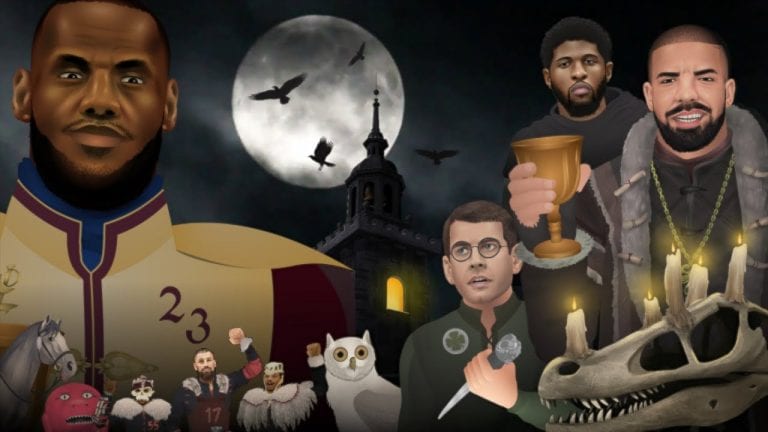 When Basketball Hoopz and worldwide HBO franchise get together for an incestuous relationship you end up with Game of Zones, a parody loosely based on the underworld of the NBA twitter where youtube reels, memes, rivalry, Reddit threads and other aspects of internet social media culture intertwine with what’s going on in pro basketball in the United States of America. Game of Zones Season 6 is already happening; you can watch it on Bleacher Report App.

The trailer briefly explains to us what showrunners Craig and Alan Malamut lets us know that although Game of Zones is inspired by HBO success hit show Game of Thrones. The show is not about Game of Thrones anymore but will take on with what it’s got from GoT and move on to develop stories of individual characters with the hilarity and zany that the show is best known for.

Facing the sixth season was very difficult for the production company as they have risen spectacularly from the challenges that the crowd and public are responding to in internet forums, twitter feeds, Reddit threads, comment threads on youtube and even in the own. Bleacher Report App where debates are heated and internet nerd culture clashes with the plotting, scheming and drama that George R. R. Martin’s Westeros fictional world is best known for.

The show’s production staff has doubled since season five, according to Malahunt: “We found that we needed more designers and animators because the tricky part of producing this show is actually creating the characters and the likeness to NBA players and personalities.” So tune in on Bleacher Report App and keep checking back this website for more information on this and all your other favorite internet shows.