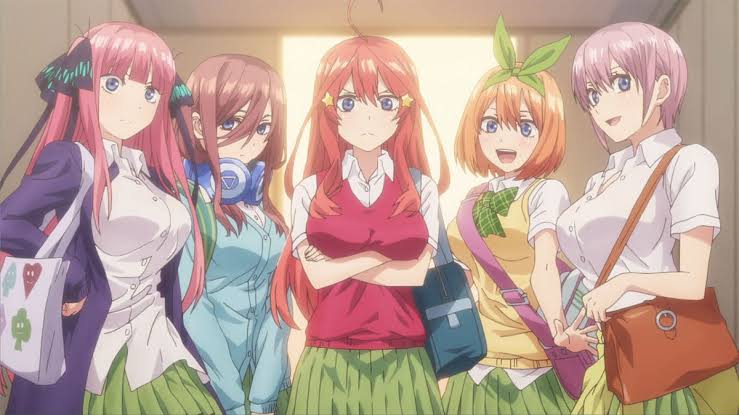 As of now, I can say that things are going well for the series. The first volume for The Quintessential Quintuplets Blu-Ray/DVD box sets was released in the second half of March. The sales have been pretty good, and according to reports, the first Blu-Ray sold 5,508 copies in its first week.

Now, if we compare the sales of other shows which were released recently, then it is quite shocking that The Quintessential Quintuplets sold more copies in its first week than Attack On Titan and My Hero Academia sold less in their first weeks (4,297 and 2,631, respectively). Dropkick On My Devil! was renewed for a second season after selling 2,000 copies over a long period.

The Quintessential Quintuplets anime was also often in the top 20 on Crunchyroll’s favorite anime list while competing with the likes of The Rising Of The Shield Hero, Mob Psycho 100, That Time I Got Reincarnated As A Slime, Sword Art Online: Alicization, and The Promised Neverland (many of which were renewed for new seasons).

The numbers don’t lie, and they hint towards a very likely second season of The Quintessential Quintuplets. Another question that arises here is whether there is enough content for the creation of the second season?

We will come to know the answer to this question eventually.

Tezuka Productions, the animation studio of The Quintessential Quintuplets has not officially confirmed the second season of the show. This might be a tad bit worrying but, we have to be patient. Tezuka Productions has co-produced Dororo with MAPPA, which is labeled by many as the anime of the year.