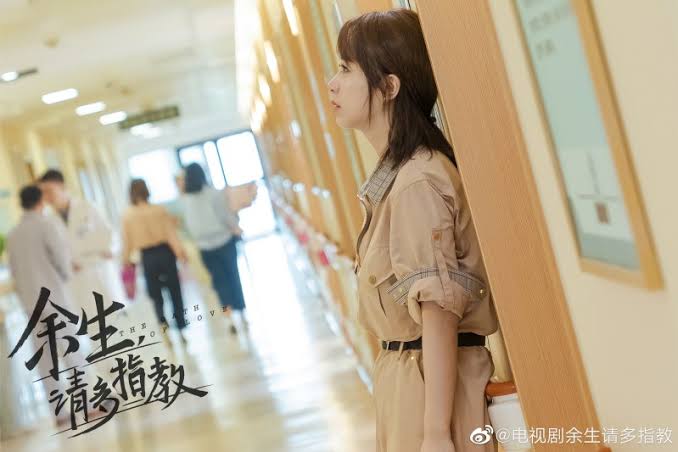 First Look of The Oath of Love

The wait is finally over as the friendship and love based Youth-family drama, ‘The Oath of Love’ is all set to premiere on the television this year. Nowadays, Chinese dramas are emerging internationally and are keeping pace with the Korean dramas. The show has been written originally by Yu Sheng and Qing Duo Zhi Jiao, while the screenwriting has been done by Lu Tian and Zheng Dan. Produced by Wu Tian Xu under the production house of Tencent Penguin has been directed by Lu Ying.

Spoiler Alert: The article contains spoilers about the upcoming series and doesn’t proceed forward if you are not unwilling to face any of them.

The Oath of Love update

The Chinese drama series is scheduled to release in the fall of this year, that is, on November 15, 2020, on the iQiyi network. The series is set to have thirty episodes in all with a runtime of 45 minutes per episode. After the show starts airing, you can watch the episodes by tuning in to the above-mentioned television network with a cable subscription in China. The international viewers will have to wait for the show to air on We Tv in order to watch it.

The Oath of Love Official Trailer

Here is the official trailer of ‘The Oath of Love’ released by Tencent last year. You can take a look at it if you haven’t watched it yet.

The Oath of Love Cast

The male lead played by Sean Xiao, who is also a member of the Chinese boy band, ‘X NINE’, has gained recognition in the Chinese television industry through roles in dramas like, ‘Oh! My Emperor’ and ‘The Untamed’, while the female lead, Yang Zi, has also established her singing as well as an acting career through dramas like ‘Ashes of Love’ and ‘Go-Go Squid!’. Fans are already drooling over the main leads and appreciating their chemistry shown in the trailer that was released at the end of 2019.

The Oath of Love Storyline

The story focuses on the life of Lin Zhi Xiao who is on the verge of graduating from her university, but her life takes a sharp turn when her father falls ill and has to be admitted to the hospital. She has to compromise with her job opportunity waiting in line for her and also has to break all ties with her boyfriend. Her shattered life brightens once again when Gu Wei, the physician attending her father, comes in her life. They unconditionally fall in love with each other and go through a number of ups and downs, days of misunderstanding, and road bumps, but their realization for being made for each other dawns at last.