Vinland Saga is a unique Vikings story that revolves around a young boy named Thorfinn. He had listened to the amazing sailor stories from people around him. He wants to go into the wild sea and explore the warm and fertile lands. Thorfinn thought that getting out of his current life would get him to places where there would be no need for him to fight. Thorfinn looked up to his father and his ideals, although his journey was not easy as he got to learn that he would have to fight to survive in the wild Ocean as well. Thorfinn eventually finds himself looking for revenge as he looks for Askeladd, the man who was responsible for killing his father. The only paradise for the Vikings is the world of war and death as the war between England and The Danes wages on, and even in the best of circumstances, there is danger looming for each party. The Journey is of pain and suffering, but the Young Thorfinn finds allies and becomes a great warrior, much like his father before.

We got various ‘history’ ‘seinen’ genres in manga like berserk, kingdom, etc. Vinland saga is also the most acclaimed seinen manga, But we know from the past that ‘historical’ genre Manga adaptation is just a dream but! “Vinland saga” is the dream which is going to be TRUE!.

the heart of the anime, this is one of the best character development anime you can find anywhere, seeing Thorfinn going from a joyful, sweet boy to an emotional killer is heartbreaking for a lot of people, you feel kind of sad that it’s tragic to see joyful sweat kid turning into full of anger and hatred. 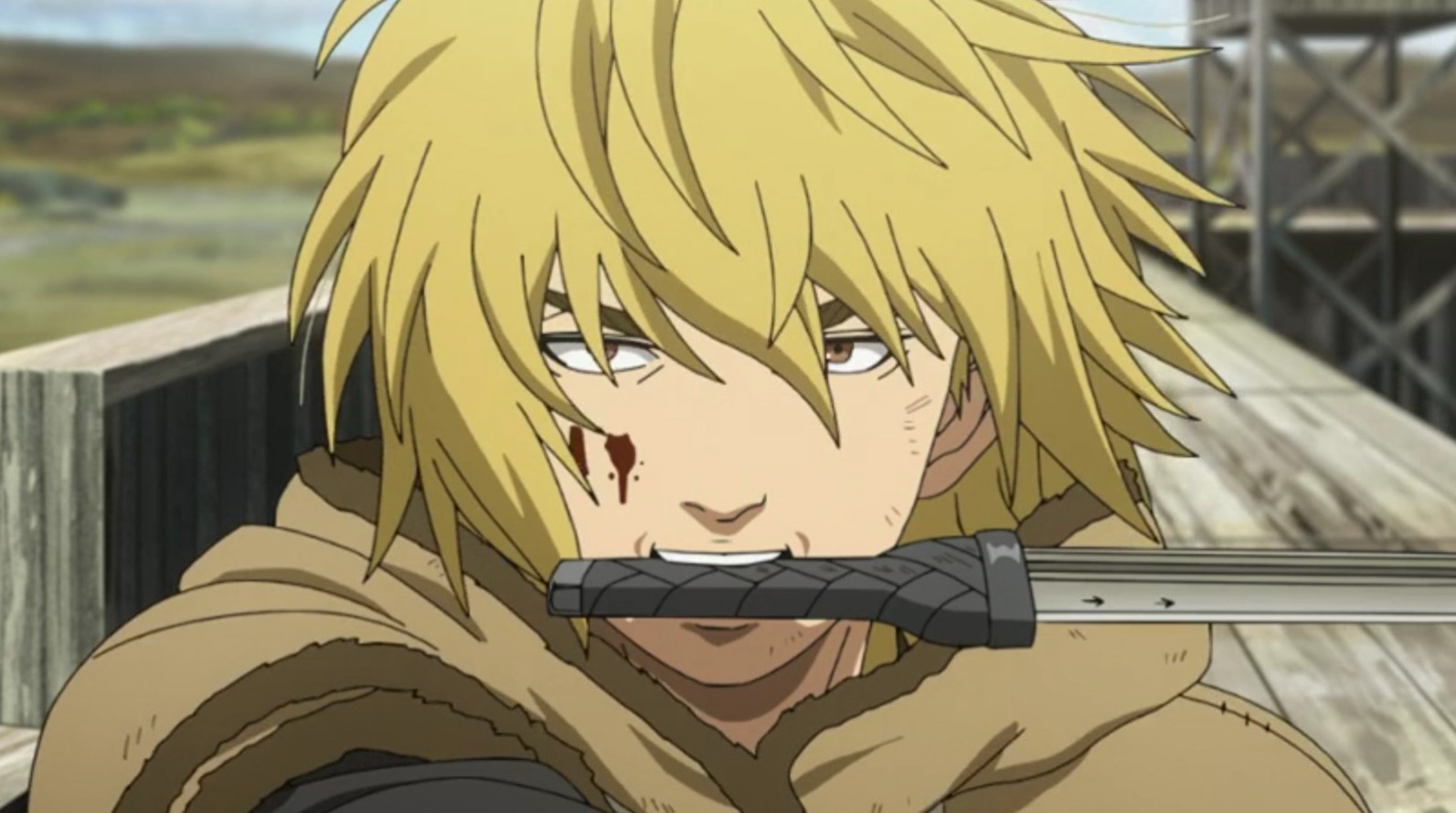 We can see that there isn’t a clear line between right or wrong, or good and bad, and everything is only portrayed as a part of life, there is something about this anime, the series is set in the Viking period, as we think of the Viking period we only can imagine ‘war’ and ‘action’ but Vinland saga goes behind it, not beyond it, the anime isn’t about war and killing but more about why we fight? And why do we kill?

‘Troll of the Jom’ title of the powerful Viking “Thors”, the title was given by Denmark’s king, troll meaning according to Norse mythology is, ‘monsters who are powerful, aggressive and isolated, and this description goes with the nature of Thors at least in the eyes of Denmark king. Thors takes his wife and children, and runs away from the war, after the last war of thors, Thors doesn’t have any meaning of war, Thors started caring for the lives of people.

The Vinland Saga fandom had a mixed opinion, As people were expecting more wars and action scenes, but this anime isn’t all about war and action, Vinland saga is a coming-of-age story that is set in a historical world. Vinland saga season 1 doesn’t have a strong end goal, we don’t know what the purpose of this anime is; season 2 is definitely on the way, and I hope that we’ll have a final goal for this anime.