Yamishibai is a horror anime that does enough to set itself apart. For starters, the animation is done in such a way to mimic the kamishibai method of storytelling. And also, it’s scary and creepy in some parts. Each episode is 5min long but uses every second carefully and focuses on delivering a good scare at the end. Though not all stories land and some of them are just meh, also the later seasons felt pretty flat to me. It’s an anthology series, and there is also no continuity between the episodes. Each episode covers different urban legends of Japan, and a masked man tells all of them.

“Yotte rashai Mite rashai Yamishibai no jikan day”, you will hear this dialogue at the beginning of each episode from a Masked man as he gathers kids around at 5 p.m. and tries to traumatize them for the rest of their lives. How? By telling them stories that are scary (NO, I wasn’t talking about THAT!!). Okay, so I am not a big fan of horror in anime; I usually think that most of them are just too violent, rely too much on shock value, and there is nothing scary about them, and what’s the point of watching a horror show if you aren’t scared except for the whole “slasher” genre, which I usually watch just for the over the top violence in it.

But Japan has also put out some horror Gems like Silent Hill (1-4), and the JU-ON series, Ringu, Marebito….you get the point. And Yamishibai is one of them, at least for me. The thing which makes it creepy is its animation; it tries to mimic the Kamishibai method of storytelling. Kamishibai is a form of Japanese street theater, and this art form unites pictures and narration; the word means Paperplay (kami – Paper, shibai -Play ). 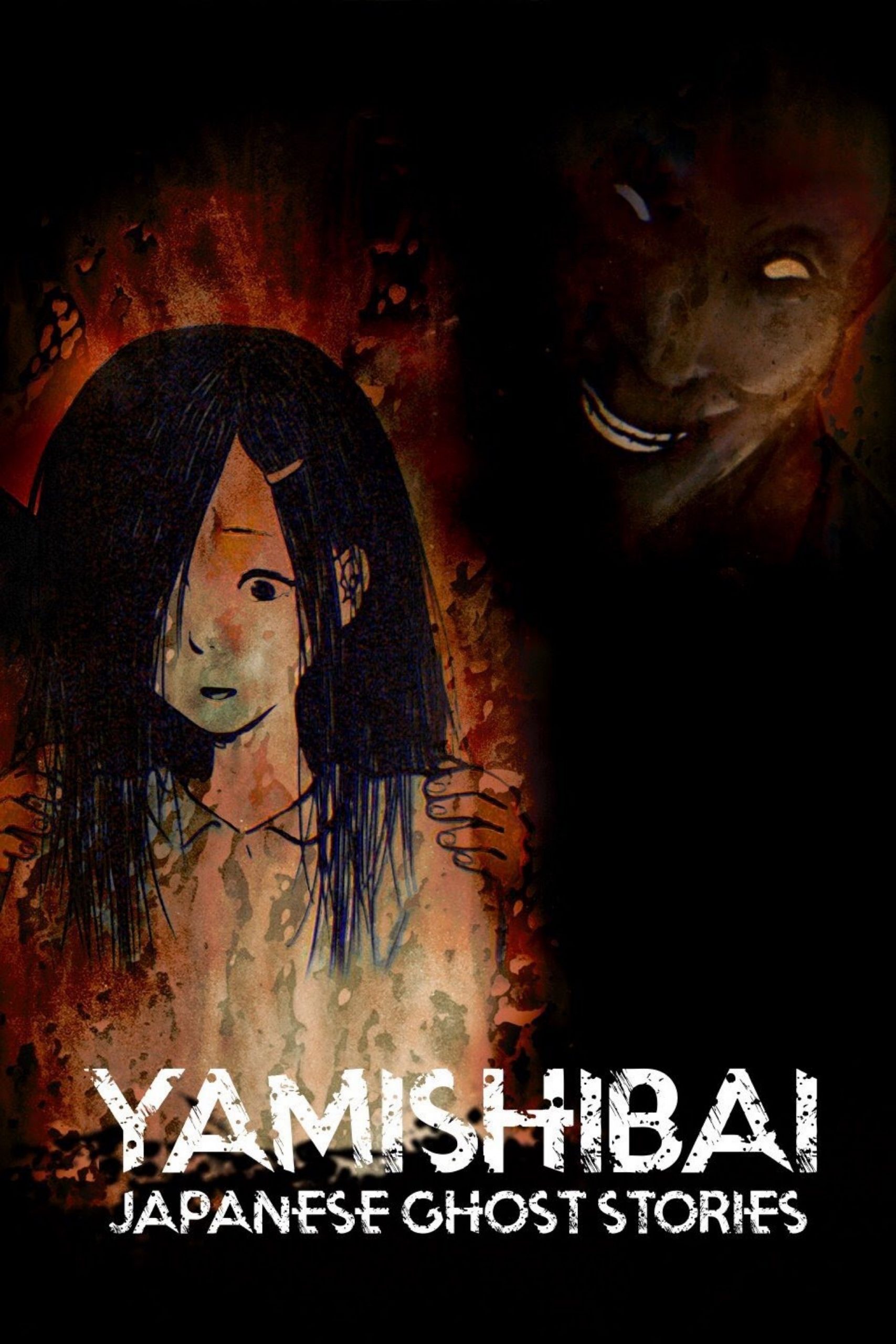 An image is painted on one side of the paper, and on the other side, the text for the next image is printed. So the text for the image on page 3 will be on the backside of page 2. The photos are kept in front of the audience for a while, and the narrator tells the story; this helps increase the immersion. So how does it translate into anime? The anime uses a lot of still images as the Masked man narrates the events of the story. There is little to no actual animation here, so when the characters are talking, you don’t see their mouths move, and when they walk, it is just a still image of them moving across the scene.

All of this feels unnatural and feels off, giving the show its vibe, and when the character does move (usually when there is a scare), it creeps you out. Now, this animation style might put some of you off, but it is integral to the experience, and, honestly, I won’t have this show any other way. The art style is unsettling and unique, and it elevates the scares of this anime.

So each episode starts with this guy gathering some kids to tell them random stories. These stories have no continuity, and there is no overarching narrative; to put it simply, it’s an anthology series. All of them are based on Japanese urban legends and myths, and some of them are great; I thought it might alienate me, but the feeling of unfamiliarity just amplified the experience.

I wouldn’t say I liked all of the episodes, though, but that depends on your taste. My favorite episode is from season 1 called Contradiction; it starts with a girl getting a call in the middle of the night (typical of the horror genre), telling her not to open the door at any cost. But the voice outside the door says that the person who is talking on the phone is possessed and is trying to trick you. This is very simple, but it effectively sets the tone and creates tension. And the ending also pays off. Not to mention all those things happen in 5 mins or so.

Also, the guy telling the stories never takes off his mask, and in each season, the setting where he is telling the story changes. Like in the 1st  and 2nd season, it’s a park, in the 3rd it’s a stage, in the 6th it is a forest, and in the 7th it’s some creepy apartment. I liked the 1st and 2nd seasons the most; this may be because I got used to the show’s structure with time, or it’s just that they changed the voice of the narrator. Each episode is 5-7 minutes long, so you can easily binge it in a couple of hours. I recommend you check this anime out; it’s different, the sound effects are great, it sets up the atmosphere effectively, and this anime is scary in some parts.