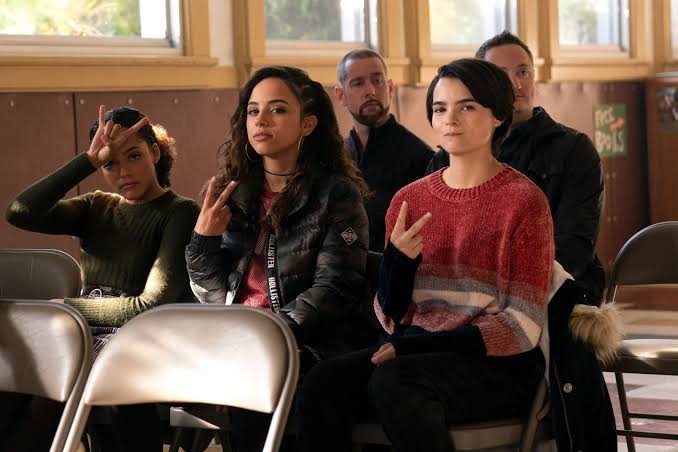 Trinkets are fast becoming everyone’s favorite show on Netflix. It is the story of three high school students who are also kleptomaniacs. If you ask me, it reminds me of The Bling Ring, albeit toned down BR. The three girls, Elodie, Moe, and Tabitha, become friends slowly as they find out about their similar desires to do the same Shoplifters Anonymous steal from shops in Portland, daily.

The debut season of Trinkets dropped on Netflix just recently. To say that Season 2 confirmation should be out anytime soon is a little far fetched. Fans of the show are going to have to be patient as nothing is confirmed yet. However, there’s hope given how loved the series has become in such a short span of time.

For those of you who don’t know, Trinkets is based on a 2014 young adult novel by the same name. It’s written by Kirsten Smith, who had expressed her desire to do another season. Season 1 was brief, and if you have read the book, you should know that it doesn’t cover everything from the source material. Season 2 could definitely happen. There are a few things left out in the book, few stories to tell, and if given the opportunity, Kirsten would like to do the same.

As goes for the cast bit, nothing remains confirmed as of now. But Smith has expressed her desire to pick one actor from her past projects, i.e., Andrew Keegan from Season 2 for Trinkets. Smith, you should know as a screenwriter from 10 Things I Hate About You, Legally Blonde, and She’s the Man. The book is her first-time stint as an author. As for other cast members, Brianna Hildebrand, Kiana Madeira, and Quintessa Swindell should come back as Elodie, Moe, and Tabitha respectively.