The true classics will never go unnoticed. If the film has potential, it will definitely reach the right audience. The same happened with the 1993 classic Hocus Pocus. The movie is appropriate for horror, fantasy, and comedy genre lovers. The plot revolves around the three witch sisters, played by Sarah Jessica Parker, Kathy Najimy, and Bette Midler who were revived by a virgin teenage boy (played by Omri Katz) on Halloween night. Unfortunately, directed by Kenny Ortega and written by Neil Cuthbert and Mick Barris, the film was a box office failure.

The movie received mixed reviews from critics and made Disney lose around $16.5 million. Nobody could think at that time that the film would go on to become a classic and fan’s favorite that the audience would go crazy on its sequel’s trailer launch. However, Disney made Hocus Pocus rediscovered by the audience through many airings on Disney and the Freeform channels. The film became part of the Halloween celebration and gradually became a classic. The three sisters are ready to make your Halloween a lot more spooky all over again. They are resurrected again!

What To Expect From Hocus Pocus 2?

After 29 years, someone unintentionally will bring the witches back to life by burning the deadly flame candle. The sequel’s trailer dropped on Tuesday, i.e., June 29, and received the fan’s love. It is just been a day, but the trailer has made headlines. The trailer has grabbed attention worldwide. Hocus Pocus 2 will be premiered on the OTT platform Disney plus on September 30. Directed by Anne Fletcher, Hocus Pocus 2 stars the original cast as the three witches, famously called “Sanderson sisters.” Be ready to get the comic dose of horror soon. 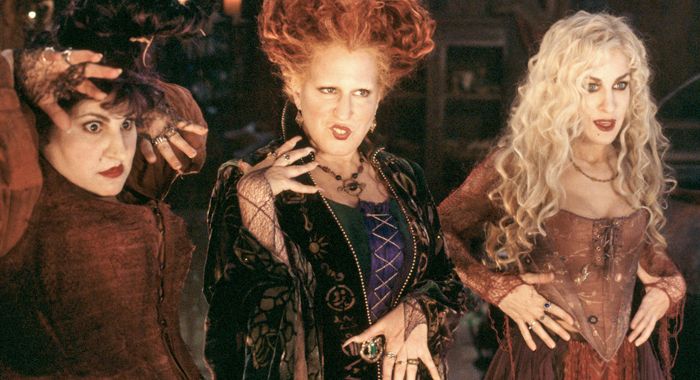 The three witches are resurrected by two teenagers played by Belissa Escobedo (last seen in American Horror Stories)and Whitney Peak (last seen in Home Before Dark). The other casts for the film are

Why don’t you start the preparation from now on? Don’t wait for September to watch Hocus Pocus 2 and confuse you. We are explaining the ending of the last film so that you know the point from where the story would take place.

What Happened At The End Of The Hocus Pocus?

It all again started when Max took his sister Dani for trick or treat, and they along with Max’s crush Allison went to see Sanderson cottage. And then Max made a terrible mistake; He accidentally revived the witch sisters, and then the havoc followed. They try to escape the witches but fail repeatedly. Winifred revealed that the spell that brought them back only works for Halloween night, And if they do not suck out youth from a child’s body, they will be turned into dust with the first sun ray. Just when they thought it was over after burning the witches alive, they came back.

Again their plan was backlashed at them when the witches tracked them down due to the spellbook. Winifred started draining out Max’s soul, but in the struggle between Mary, Sarah, Dani, Allison, and Billy, the two sisters lost, and Winifred fell to the ground. When at the end children finally won, and Sarah and Mary disintegrated into dust with Winifred’s stone body, Binx’s curse was broken, and he finally died peacefully. However, the scene that hinted at the sequel was when the spellbook again opened its eyes, revealing that it is still alive and the witches will return again.