One Piece Chapter 985 Spoilers, and Recap

Today lets start the discussion on One Piece Chapter 985 and we will reveal breathtaking spoiler from this forthcoming chapter. Since the flying six could not find Kaido’s son. Yamato met Luffy when he is saving him from the Beast Pirates. He took him to a place where Kaido’s people will not see them. He told Luffy that he is on his side but Luffy is unaware that Yamato is Kaido’s Son whom the flying six are looking for him.

In today’s post, we are going to talk about One Piece Chapter 985 spoilers, and a recap of chapter 984. Blackbeard will be a part of this Wano Kuni fight as he will be interested in someone with the devil fruit ability. Luffy will have Shanks as back up for him to deal with  Blackbeard pirate.

More spoilers are coming, we will update you soon!

One Piece Chapter 985 will be released on Sunday, 12 July 2020. One Piece releases its new chapters every Sunday unless the manga gets delayed. According to our reports the manga release is on break and would see a weeks delay. Spoilers of One Piece Chapter 985 may be included in this post, so if you don’t like them you can skip them. Take a look at the recap of the last chapter below. 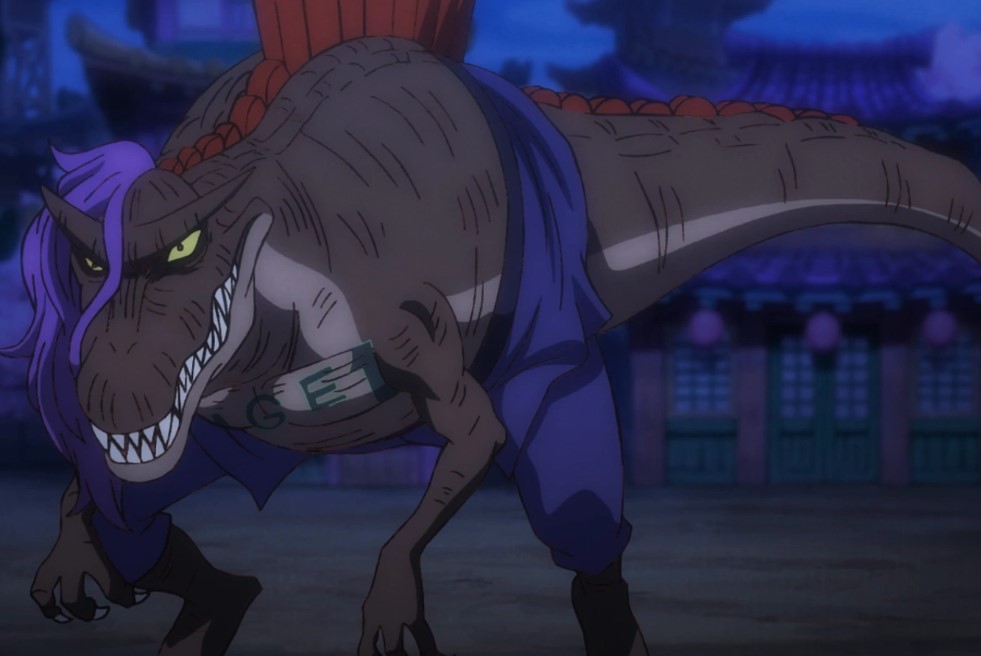 Previously on One Piece Chapter 984

Ulti and Page One came back to their senses and are fine, it’s stated by the beasts pirates fodders that Dinosaur df users are very tough and durable. Dinosaurs’ devil fruit users are stated to have amazing speed and durability. Yamato wanted to go and talk to Luffy somewhere where there are no Kaido’s subordinates. The following is that one of Kaido’s huge declaration is the “New Onigashima venture”, sadly there’s too little to even think about going on starting at now for any solid hypotheses so I will forgo making a wild guess here.

Luffy said that he can just finish Kaido’s fodders in 5 secs but Yamato opposed and made a smokescreen. Robin revealed a technique in which she can make 3 copies of her body. The samurais invade the Banquet hall, Law checks the situation from his submarine and Izo meets with Kiku. Luffy gives 5 minutes for Yamato to talk, the latter has said that he witnessed Oden’s execution and was impressed, he wants to fulfill Oden’s will. Yamato’s mask fell and we get to see his bare face, Yamato watches Luffy and remembers Ace. The fact that Yamato is a woman is correct when the musk fell she appeared to be a woman and her real name is Atsumi.

He also stated that It doesn’t feel like Oda’s usual writing style. Marines, Shanks, Garp are deciding if they should enter the fight later. Sanji and Zorro are planing that they must fight their battle either from flying six or Commanders of Kaido that include Queen, King, and Jack.

In more past development and in chapter 983 Prometheus was shown chasing down Nami, and Zeus is really worried if he is going to die if Big Mom sees him, likely we will see Zeus backing up Nami to fight Prometheus. Roronoa Zoro and Eustass Kidd are fighting gifters Luffy and Ulti are fighting each other, technically headbutting each other.

The current Shogun “Orochi” has gotten hold of Momonosuke. This happened due to the betrayal by Kanjuro. The traitor is out. Momonosuke is the son of Oden who could be next Shogun if Kaido and Orochi are taken down. This is why Orochi wants to execute the probable successor that has reached the castle. At the site where the execution is about the happen, Robin, Jinbe along with the freed Samurai have infiltrated the ranks of Beast Pirates. They watch the show ready to make a move. Other allies are also ready to attack from the back of the castle.

The rescue seemed possible until Kaido, King, and Queen, the top brass of Beast Pirates arrived at the execution square.  It got a whole lot harder for them to rescue Momonosuke. Now, the possible solution is that Momonosuke will transform into a Big Dragon like Kaido. This will free him from binds. At this moment, all the allies will attack at the square and a battle will commence.

Before this battle, we are waiting for the announcement awaited from Kaido. It is something about Yamato. Are the beast pirates trying to take down Orochi to become heroes in Wano and take control of the Samurai country? Kaido could give control of the Wano country to Yamato. Anyhow, Kaido is also planning some clever monopoly.

Here are Some Official way to Read One Piece Chapters

Was it Love Episode 4 Streaming Details

She Knows Everything Episode 4 Streaming Details