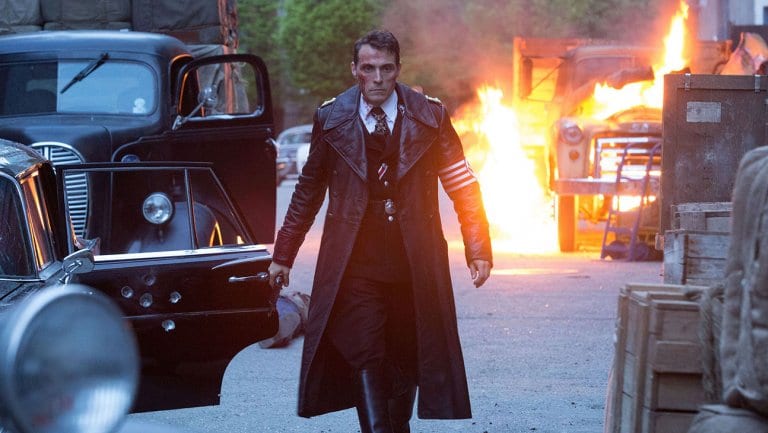 That Amazon Prime’s most coveted show, ‘The Man In The High Castle’ is getting another season soon, has been confirmed long ago. Fans can barely wait and are looking for deets on theof the show and the cast (most importantly). So today, in this post, we’ll be talking discussing all of that, but before we even begin, may I remind you of spoilers from the previous seasons.

Season 4 of “The Man in the High Castle,’ it looks like shouldn’t be that far off now. If you may recall, the announcement for the fourth installment was made in July 2018. And like I said before, it occupies one of one of the most popular places in the category of dramas on Amazon Prime. First off, there wasn’t any doubt about a renewal.

While you and I are dying to know when the show will return with the fourth season, but unfortunately, we don’t have a specificas yet. The digital platform hasn’t announced the Season 4as of now. But, I don’t think we are that far off from getting the fourth installment. It should be definitely coming out in 2019, in my opinion.

Usually, as we do here at Otakukart, we use our analysis to determine when a show would release. At a particular time of the year, usually, a show comes out and then, it goes on to follow the very same pattern for every season. Very unfortunately, that’s not the case with The Man in the High Castle. Season 3 came out in the month of October and the second installment of the show came out in December 2016.

So like I said before, there isn’t really a set pattern. We can do is hope for theannouncement of the fourth season of The Man in the High Castle soon.

Just as we saw in the previous season, we will get at least ten episodes in the fourth season as well. But it is the cast of the show that baffles me the most. Since the show is set in multiple worlds, anyone can return, so we cannot rule out anything.

As we know, the show is one of the most watched shows on Amazon Prime Video, and Amazon is not holding back for it. Amazon had already planned more seasons before anyone could think, as the fourth season was supposed to happen even before the third season released. However, now we have a confirmedfor the fourth season as well, which is on 15 November 2019.

It is a month late from the third season which released in October 2018, but better late than never. It will surely have a closure to the story, as the fourth season is supposed to be the last. Nobody expected to be this way, but we have to face it now. The streaming giant also released a clip, which you can check below!