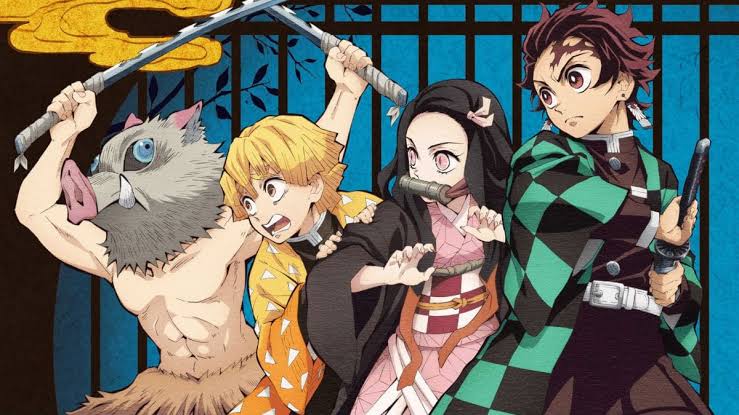 After the ending of season one, no time was wasted by makers in announcing the Demon Slayer movie. This movie is supposed to follow the “Infinite Train Arc” from the manga.

The Infinite Train Arc is almost a great but short arc, and it fits into the movie time very nicely. Demon Slayer: Kimetsu no Yaiba debuted back in February of 2016, with Shueisha’s Weekly Shonen Jump. The plot goes somewhat like this that Tanjiro finds his family slaughtered and he is the lone survivor. Unfortunately his sister Nezuko has turned into a demon. But there’s something, Nezuko shows some signs of human emotion, here and there. So that’s how Tanjiro’s request to fight demons begins. But more than anything Tanjiro must save his sister, and turn her into hua man again.

Demon Slayer: Infinite Train Arc to get a movie.

People have welcomed the decision to turn it into a movie. Most of them say that this would mean that Season 2 won’t be rushed, a movie will fit perfectly into the requirements of the above-mentioned story. Others have said that Rengoku deserves a movie, whilst there are some who would have preferred a Season over a movie. But more than anything, the animation series has been touted as beautiful and therefore people cannot wait to watch a movie of the same.

People who have read the manga say that viewers are going to be in for a treat. Demon Infinite Train Arc into a movie is a great way to handle the stuff. The arc though is important, but it would be short of a season and too long for two episodes. So, what’s happened is for the best.

As of today, no further updates are given at the official levels. Be sure to check this page regularly to know more on Demon Infinite Train Arc into a movie.

At this point all we know is that the movie will be coming out in 2020.