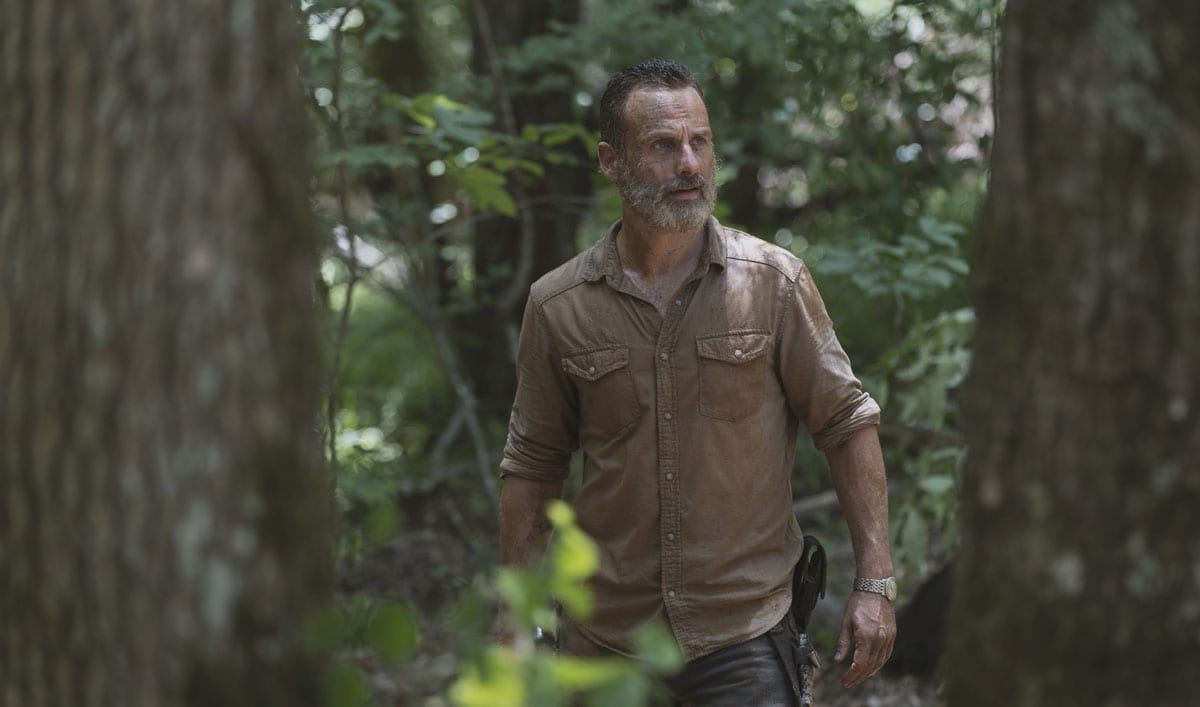 AMC showed something else along with the trailer for The Walking Dead at SDCC. They also debuted a teaser for the upcoming Walking Dead movie that is going to mark the return of Rick Grimes. The movie does not have a name but, the teaser confirms the existence of the movie. When the rumors began surfacing about the Rick Grimes spin-off movies, it was believed that these movies would end up being served as double/triple episodes every year or so.

But, this teaser clearly states that the movie will only be available in theatres. The movie will star all the main cast of the original show that will never return to the series. Also, Danai Gurira revealed that season 10 would be her last on the show but, she is also going to star with Andrew Lincoln in the movie.

The first movie will take place in Philadelphia. Apparently, this is the place where the helicopter people are holed up. The existence of this movie and Michonne’s departure certainly mean that her storyline is going to end. How? There are a lot of different possibilities. We could see her leaving to find Rick or she could be captured by the same group.

Under Angela Kang, the show is slowly getting on track. The fans really like the show once again and they want to watch it more.