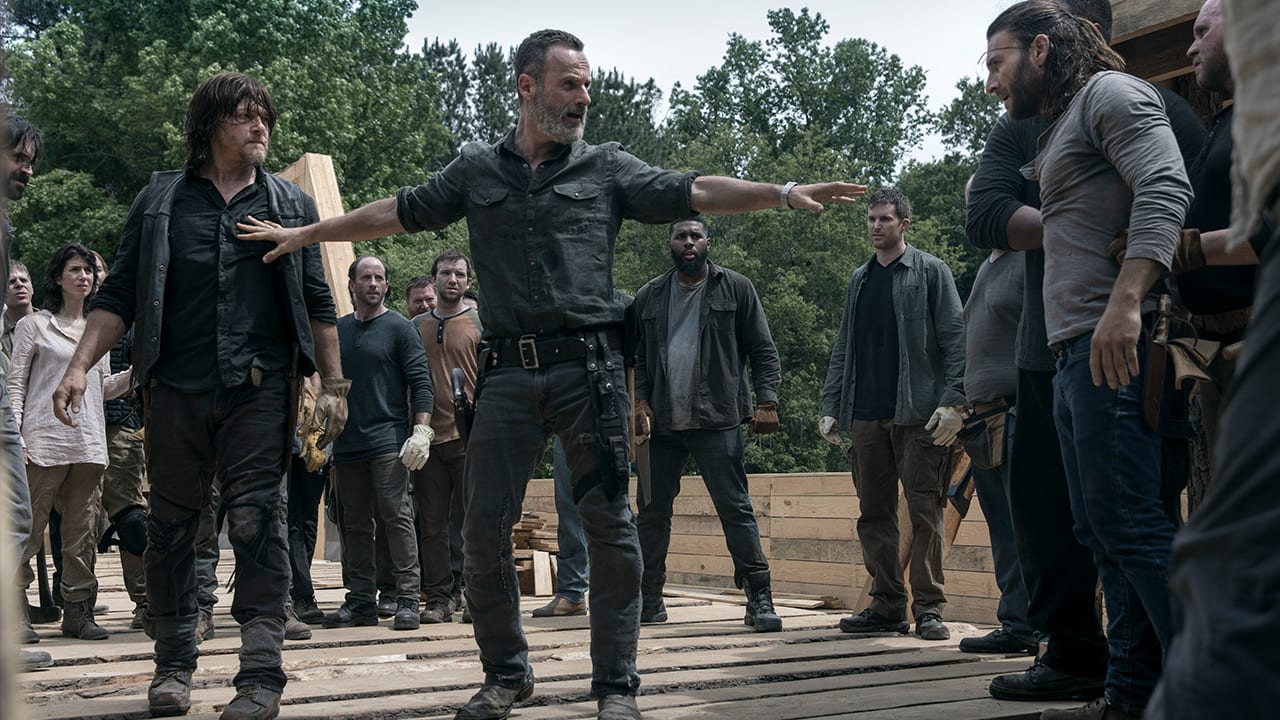 The Walking Dead Season 9 has wrapped up its first part, and as promised, it was mind-blowing and with Jesus killed, and now the Whisperers entering the scene, the hype for The Walking Dead Season 9 Part B has increased tremendously. We also have some huge updates on the second part which was directly revealed by the showrunner, Angela Kang and according to her, the next part will heavily focus on the new villains, the Whisperers.

For those who don’t know, the Whisperers are the newest added villains who are basically a group of people living among the dead and mixing in with the help of walker skins over their own to avoid detection.

In a recent interview with EW, Kang revealed the next set of events as the Whisperers makes their full entry and the effect they will have on our heroes. She revealed that the second part would dive deeper into their story and their gruesome way of survival, and its horrible outcomes.

More focus will be on the leader of the group, Alpha played by Samantha Morton and Beta played by Ryan Hurst. Fans will get to see the heroes find ways to surmount these never before seen threats and other obstacles in the world. We will also get to see the effects of nature as it breaks down and our heroes’ struggle against those.

Alpha’s philosophies and her way of thinking about the world will be explored further, and along will that, fans will get to know about the survival operations of the Whisperers as well.

The Walking Dead Season 9 Part B will return next month, on 10th February 2019.