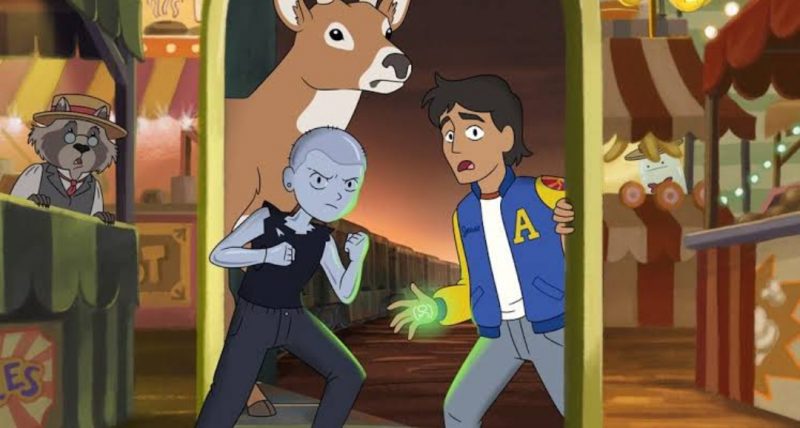 Infinity Train is a popular teen drama TV series that can be watched on the Cartoon network. The story revolves around the adventures of teenagers who get stuck in a train after running away from home. The show had made a huge fan base even before launching due to a short pilot bg Owen Dennis. It gained huge popularity, and people began to demand the entire show.

Cartoon Network has been the one platform that every kid loves, and now it also entertains the adults by shows like The Amazing World Of Gumball and Steven Universe. The show has gotten positive reviews from audiences and critics as well, especially for its theme of emotional elements and also excellent vocal performances.

The cast of Infinity Train Season 3

The protagonist, Tulip, has been voiced by Ashley Johnson, who is struggling to get back home after boarding a weird train. She also has a robot friend when split personality. Owen Dennis voices the sad personality of the robot, and Jeremy Crutchley voices the glad personality. Other casts include Robert Daymond Niles, Jesse Cosay, and Ernie Hudson.

The plot of Infinity Train Season 3

The show revolves around Tulip, who ran away from home because she was not allowed to visit a game-design camp. As she flees, she ends up in a mysterious train. Each compartment of the train has a door to a different world, and she has to solve the mystery to get back home. The show ends with Tulip being tested with difficult choices.

The second season follows Jesse and a different story entirely. Season 3 can go anywhere regarding the storyline, so we will have to wait and see what twist it takes.

The update of Infinity Train Season 3

The second season of Infinity Train came out on 6 January 2020 on Cartoon Network. The episodes were covered over five nights. The creators have announced that it will continue with different stories and characters. It has a huge fan base, and hence the show can be renewed soon. The predicted date is around August of 2020.