Paul Bettany and Elizabteh Olsen Revealed That Avengers: Endgame Could Have Had A Wanda Vision Post-Credit Scene!

Marvel Cinematic Universe, as of now, is celebrating its return to the mainstream media as Wanda Vision has officially dropped its first two episodes on Disney Plus. Wanda Vision, which was already hinted at as “unlike anything seen before” by the critics on the screening of the first three episodes for the critics only before its release, has managed to fulfill its due as the series currently is the highest-rated Marvel property on Rotten Tomatoes Tomatometer with a 97% fresh rating. Wanda Vision absolutely gave something out of the box and unique as promised by Marvel President Kevin Feige and while we got its first looks with all the other Disney Plus shows way back last year, did any of us knew that Wanda Vision almost made it into the post-credit scene of Avengers: Endgame?

Yes, Avengers: Endgame, considered the biggest movie from the Marvel Studios, bringing together an ensemble cast from 10 years and 21 different movies into the same picture and satisfying end lacked only one thing, and that is a post-credit scene. Marvel started a tradition, and we still wonder why Marvel chose to skip it for their biggest movie ever. Anyway, Wanda Vision stars Elizabeth Olsen and Paul Bettany in a recent interview addressed the post-credit situation of Avengers: Endgame, a scene that would have given a glimpse to their current Disney Plus Original Marvel show, and here we are covering everything the stars of Wanda Vision had to say about it.

Wanda Vision stars Elizabeth Olsen, and Paul Bettany recently sat on an interview with IMDb and talked about their latest Disney Plus series from Marvel titled “Wanda Vision” and further revealed how Avengers: Endgame’s post-credits scene was supposed to feature a scene where Wanda Maximoff played Olsen visits Vision’s corpse. 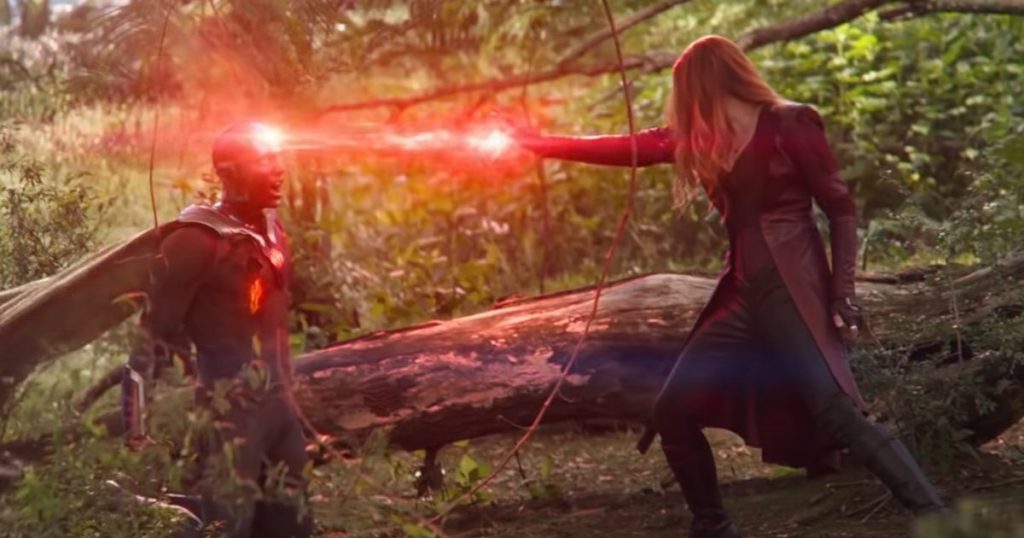 Elizabeth Olsen questioned Paul Bettany on the confidence that he had about vision coming back in measuring how much percentage of confidence he had. Bettany replied that he was 10-15% confident and further revealed what was going to happen. Paul Bettany quoted that he was going to be tag where Wanda opens a body bag drawer and that’s where the Vision’s corpse is and revealed that Kevin Feige talked to him and said that Bettany has to pull the shots and Bettany was like right there with a yes because he really did want the profit participation.

Further, Olsen and Bettany kept asking each other questions as they talked about the different sitcom themes the series portrayed from the 1950s, 60s, 70s, 80s, 90s, and 00s. In comparison, Olsen admitted aesthetically loving the 50s, where the series adored The Dick Van Dyke Show in their very first episode. Vision talked about his favorite wig he is set to adore in an upcoming episode, which will feature the 70s era. Check out the interview below.

Watching Wanda reconcile with Vision’s corpse might have been a great tease that the makers want to do something with Wanda, one of the strongest among the Avengers, giving her one of her solo projects. We can say, even though there was no post-credit scene, the series for her and Vision came out in the form of Marvel’s Disney Plus series Wanda Vision and is working brilliantly at the moment applauded and praised by millions of fans around the world. The series has now promised that Marvel is not looking back at anytime soon and trying something different, unique, and out of the box all at once as it introduced the sitcom-style plot build-up, which Marvel has never done before. 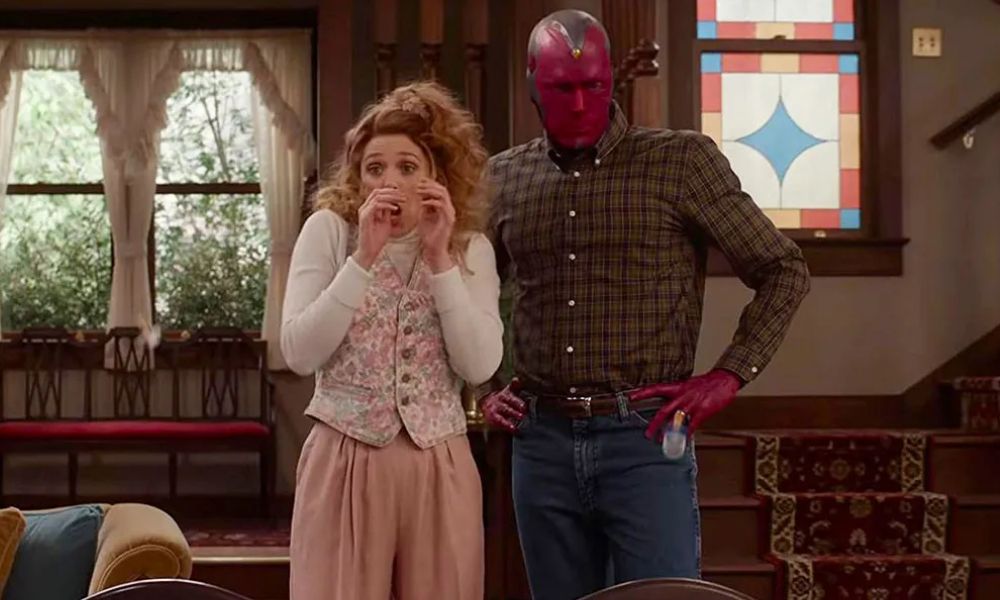 Marvel’s Wanda Vision has set an example at the moment for other Disney plus projects that will be arriving on the OTT platform from the Marvel Studios, which includes the likes of Falcon And Winter Soldier, Loki, Hawkeye, She-Hulk, Moon Knight, and many more. While shows like Falcon And Winter Soldier and Hawkeye keeps the traditional superhero fans happy with high-end action, shows like Loki and Moon Knight are set to be unique among them, just like Wanda Vision. For Loki, we really don’t even know what to expect from the trailer, while on Moon Knight, we are set to see Marvel diving deep into the supernatural world for the very first time.

Anyway, although Bettany was all out for being a part of Avengers: Endgame, the makers decided not to feature a post-credit scene for the movie breaking their year-old tradition that has influenced a large amount of cinema. Fans waited for the whole credits to end after a satisfying but emotional end of the Infinity saga and were hoping to see a glimpse of the future, but it’s what it is, right. So, we are not that disappointed since we have met such a huge lineup of shows now, so let’s cheer up. We will keep you updating on everything related to entertainment, movies, TV shows, anime, and gaming, so stay tuned to Otakukart News.