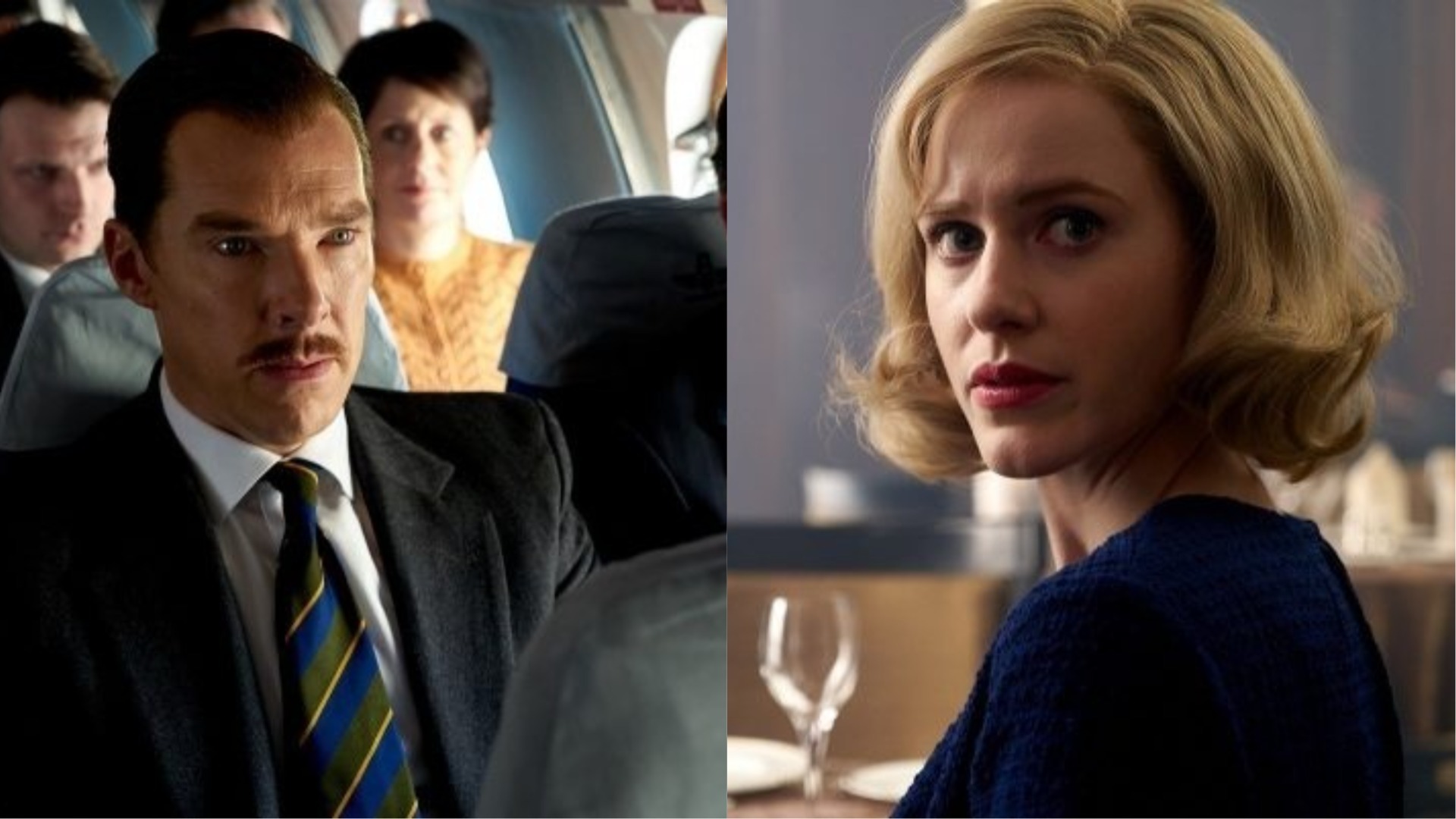 Benedict Cumberbatch, who has now been known globally for Sherlock’s portrayal in the BBC series along with Marvel Cinematic Universe’s very own Doctor Strange, is now set to team up with Marvelous Ms. Maisel’s Rachel Brosnahan in the upcoming  Dominic Cooke directorial “The Courier.” The upcoming period drama thriller is set to take you back in time as it portrays the times during the Coldwar with our stars sporting a slick look that is set to intrigue a large number of fans. The movie recently released a few images to give the audience a first glimpse into the movie, where we can clearly see our stars in their teased looks along with impressive settings during the Cold War times.

Dominic Cooke’s The Courier follows the true story of a British businessman who unwillingly gets involved in one of the greatest international conflicts in history as he forms an unlikely friendship with a Soviet officer and helps the CIA to prevent a nuclear confrontation. Here we are breaking down everything we know about the upcoming period drama starring Benedict Cumberbatch and Rachel Brosnahan, along with all the first look images of the movie.

The plot of “The Courier.”

The Courier follows the true story of the Cold War Spy and a British Businessman, Greville Wynne, played by Benedict Cumberbatch, who was recruited as a courier by the MI6 as helps the CIA penetrate the Soviet nuclear program during the times of the Cold War. Wynne forms an unlikely friendship with a Soviet Officer, Oleg Penkovsky, played by Merab Ninidze, and provides intelligence that puts an end to the Cuban Missile Crisis. The other characters’ roles, including Rachel Brosnan’s Emily Donovan, have not been revealed yet. 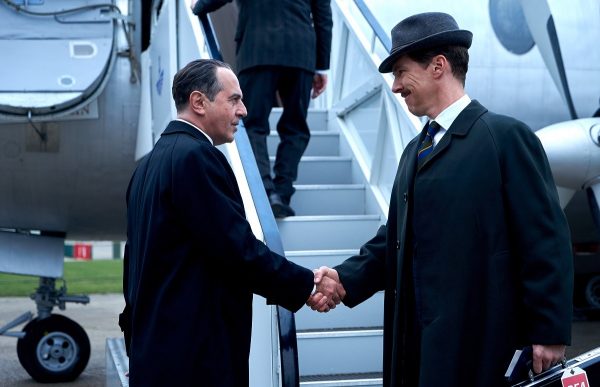 The Cast of “The Courier”

The Courier stars Benedict Cumberbatch, who is now a global star after his portrayal of Sherlock in the BBC series and Stephen Strange in Marvel’s Doctor Strange, will be in the role of the Cold War spy and British Businessman Greville Wynne. The roles of most of the other casts are still unknown. Still, they include Marvelous Ms. Maisel’s March 19 as Emily Donovan, Jessie Buckley (Wild Rose) as Sheila Wynne, and Without Remorse’s Merab Ninidze the Russian officer Oleg Penkovsky. 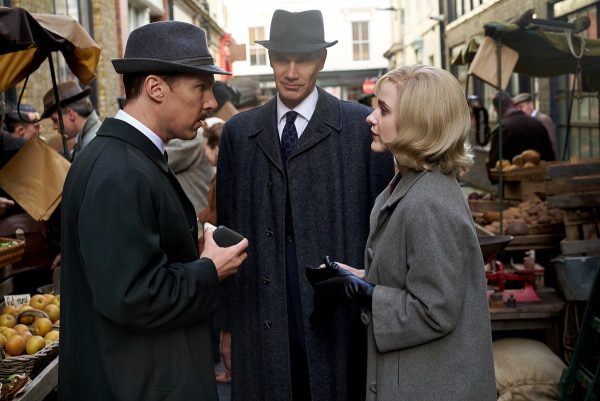 Apart from the main cast, the supporting includes The Witches’ Angus Wright’s likes as s Dickie Franks and Kirill Pirogov as Gribanov and Keir Hills as Andrew Wynne, Jonathan Harden as Leonard, Aleksandr Kotjakovs as Soviet Officer, and Olga Koch as Irisa.

Read More: Dwayne Johnson Shares The First Trailer Of NBC’s Young Rock! Everything We Know So Far About “Young Rock”!

Production Of “The Courier”

It was announced on the 1st of May 2018 that FilmNation Entertainment is set to produce a movie based on British spy Greville Wynne under a script written by Tom O’Connor and direction by Dominic Cooke, who is known for directing the BBC TV series of The Hollow Crown: The Wars of the Roses and the movie, On Chesil Beach starring Saoirse Ronan and Billy Howle which premiered at the Toronto Film Festival in 2017. 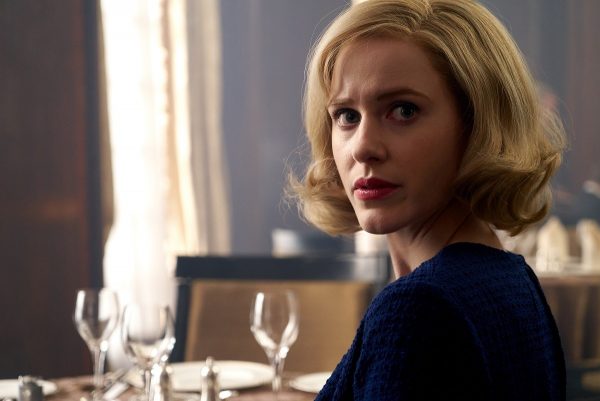 The Courier is set to be produced by Dominic Cooke. Lionsgate will distribute Tom O’Connell themselves and Ben Pugh, Rory Aitken, Adam Ackland, Josh Varney, and Leah Clarke under the production house of FilmNation Entertainment, SunnyMarch, and Roadside Attractions and. The production announcement saw the announcement of casting Benedict Cumberbatch as the main character, while the other cast members were announced later in October 2018. The film began its shoot on n 15 October 2018, which wrapped up on the 7th of December 2018.

The Courier had its premiere at the Sundance Film Festival on the 24th of January 2020 under Iron Bark’s name. After the premiere, the film currently holds 82% with 17 reviews on Rotten Tomatoes, which has an average rating of 6.56/10 while Metacritic has a score of 62 out of 100 based on reviews by 10 critics. 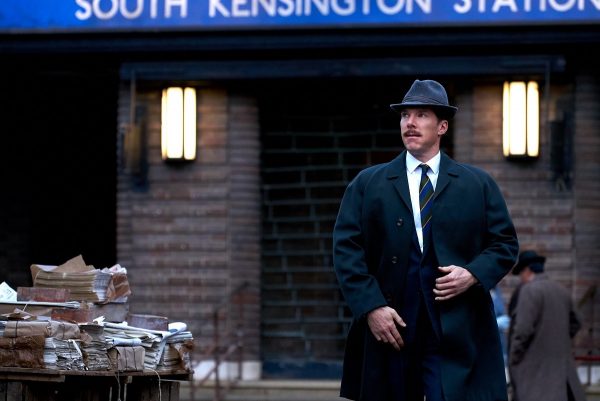 The Courier is set to take fans back into the times of the Cold War and portray the story of a British Businessman disguised as a spy, which everyone needs to see on the big screens. The audience has already been intrigued after the first images of the film were revealed by Lionsgate showcasing a slick Benedict Cumberbatch who has perfectly sported the look along with Rachel Brosnahan and the other cast members. We will keep you updating as we get more information on the upcoming “The Courier” directed by Dominic Cooke; until then, check all the featured articles in the Read More section and Related section as we bring all the updates revolving around entertainment, movies, TV shows, anime and gaming at Otakukart News.

Read More: A New Trailer Revealed For “Judas And The Black Messiah”! The Daniel Kaluuya and Lakeith Stanfield Starrer Up For Oscar Nods!