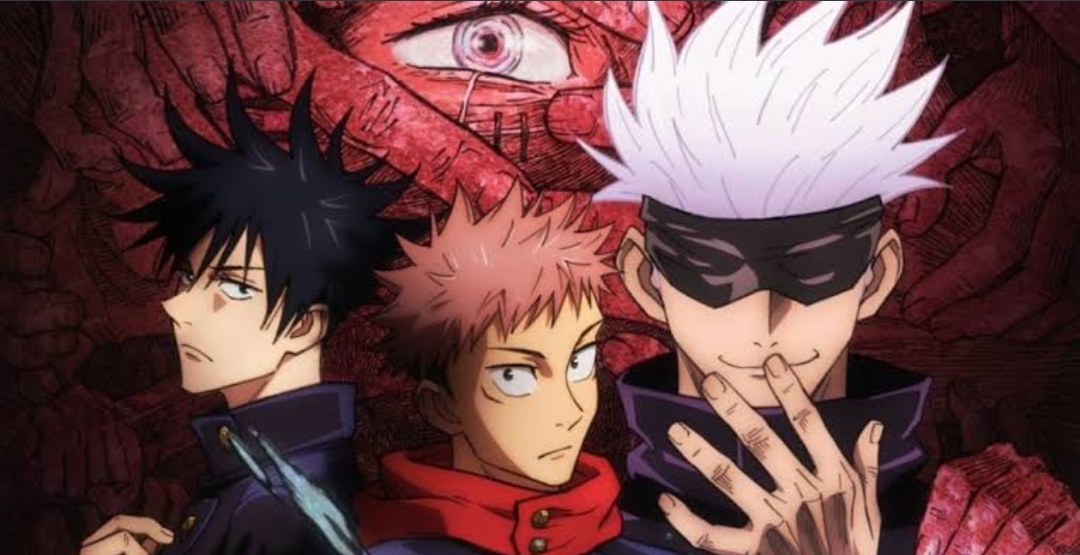 ‘Jujutsu Kaisen’ is Crunchyroll’s latest massively popular manga that has been adapted into an anime, produced by a crucial studio (MAPPA), and is sure to end with amazing viewership ratings. The story is about a high school student named Yuuji, who, while attempting to protect his friends from a strong Curse, lets a more powerful curse possess him, leading him into the land of Curse-fighting sorcerers. This urban fantasy anime, spiced with astonishing animation and appealing music, is definitely a treat to the eyes. If you are looking for more anime sharing a similar theme, you are at the right doorstep. Here are our top ten recommendations of Jujutsu Kaisen that you should definitely give a try.

As our main protagonist, the anime centers Nanami, who becomes a land god after being kissed by a stranger, whose life was saved by her, on the forehead. To express his gratitude for helping him, he asks her to live in his place in his abandoned house. Being a homeless girl owing to her father’s debt, Nanami finds no other choice but to accept the offer. Still, after she arrives at the stated place, she comes to know that the home about which he was talking about was actually a shrine, full of shrine spirits, along with a familiar fox yokai called Tomoe. 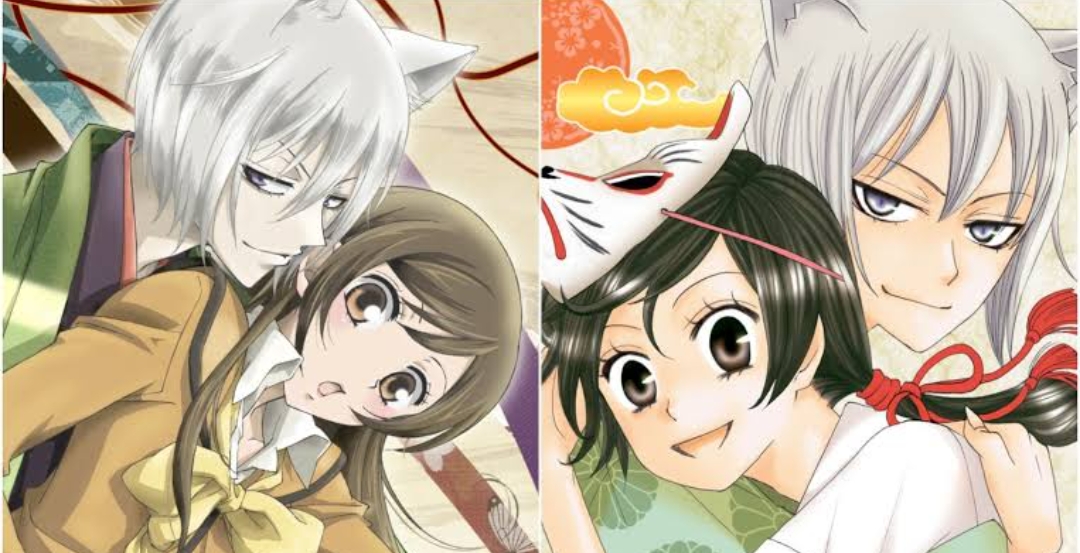 Both the anime, ‘Jujutsu Kaisen‘ and ‘Kamisama Kiss,’ belong to the supernatural genre, dealing with evil supernatural creatures and curses. Although the main characters are exceptionally ordinary, their lives take a drastic change after a series of incidents.

‘Yuu Yuu Hakusho’ focuses on the story of a teenage delinquent, Yusuke Urameshi, who is knocked down in a car accident while trying to save the life of a child. After going through several tests, presented by Koenma, the son of Afterlife Underworld’s ruler, Yusuke gets revived and brought back to life, appointed as the Spirit Detective. His job demands the investigation of several cases that involve apparitions and demons in the human world and to solve their conflicts with humans. 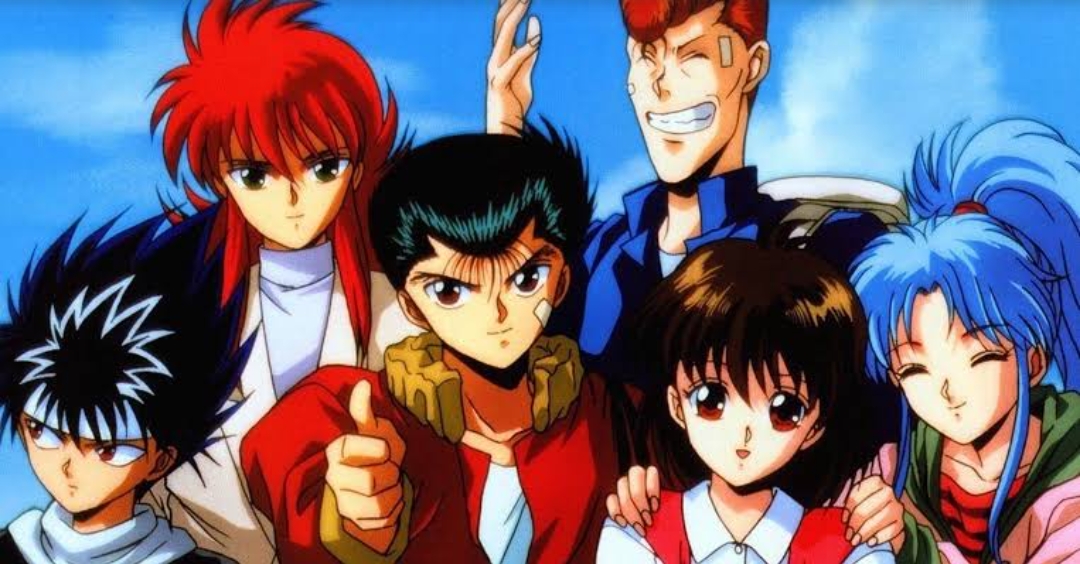 Again, both the anime demand the main characters to confront the evil supernatural creatures. Moreover, the overall atmosphere and settings in both of them are pretty similar.

Directed by: Keiji Gotoh
Produced by: Brain’s Base
Episodes: 12

The main character of the story is a wise young girl, Kotoko Iwanage, who may appear ordinary, but has become a link between the human world and the world of spirits at the tender age of eleven. Whenever youkai fall into any problem, they would contact Kotoko hoping for it to get solved. She falls in love with a 22-year-old college student, Kurou Sakuragawa, who has just fallen out with his girlfriend. She tries to get closer to Kurou when she finds the opportunity and even wants to marry him in the future. Kurou’s knowledge attracts Kotoko, and she realizes that he can help her deal with the spirit world’s problems. However, she still wishes Kurou to reciprocate her feelings for him during this time. 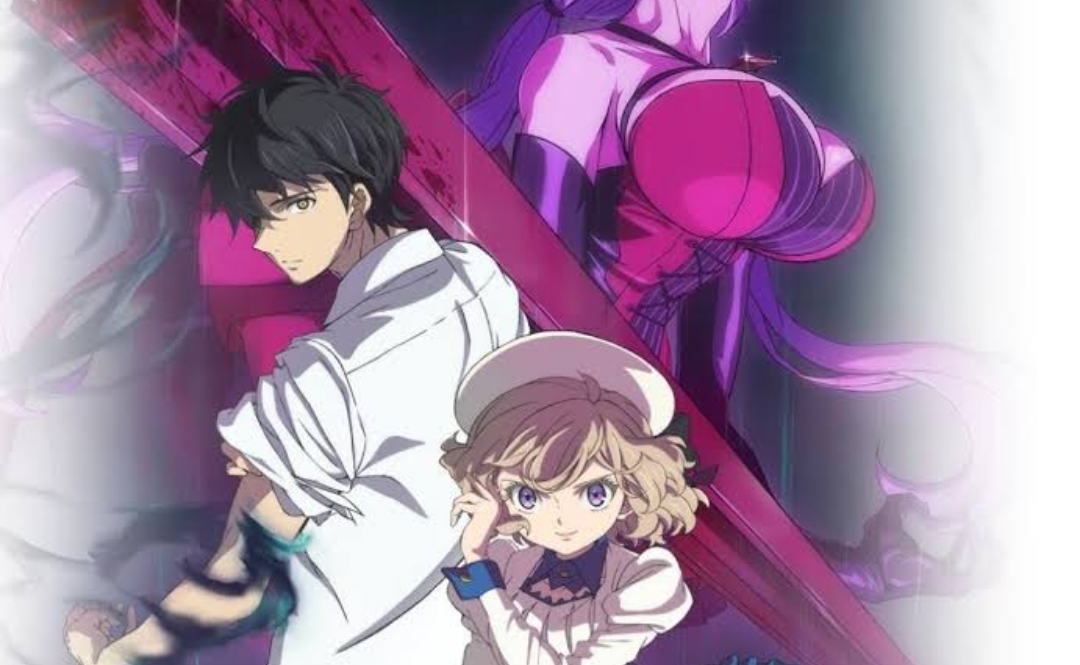 In both shows, the protagonists have to deal with supernatural creatures, including the evil spirits who haunt humans. Moreover, both of them are usually calm and face difficulties with courage.

The story is about a young orphan who has been living in an orphanage since birth, along with another orphan, Yuno. Although both of them are rivals on the surface, they care for each other, dreaming of being awarded the title, ‘The Wizard King,’ which is usually given to the kingdom’s strongest wizard. Although both of them have been raised together, Yuno is blessed with astounding magic power since birth, along with the capability to have control over wind. At the same time, Asta is unable to use his magic powers, which makes the others consider him useless in the world of wizardry. However, Asta does not give up and tries to gain powers with rough physical training, working hard every day. Determined to become the next king of wizardry, both of them embark on a rough journey, making a name for themselves all over the kingdom. 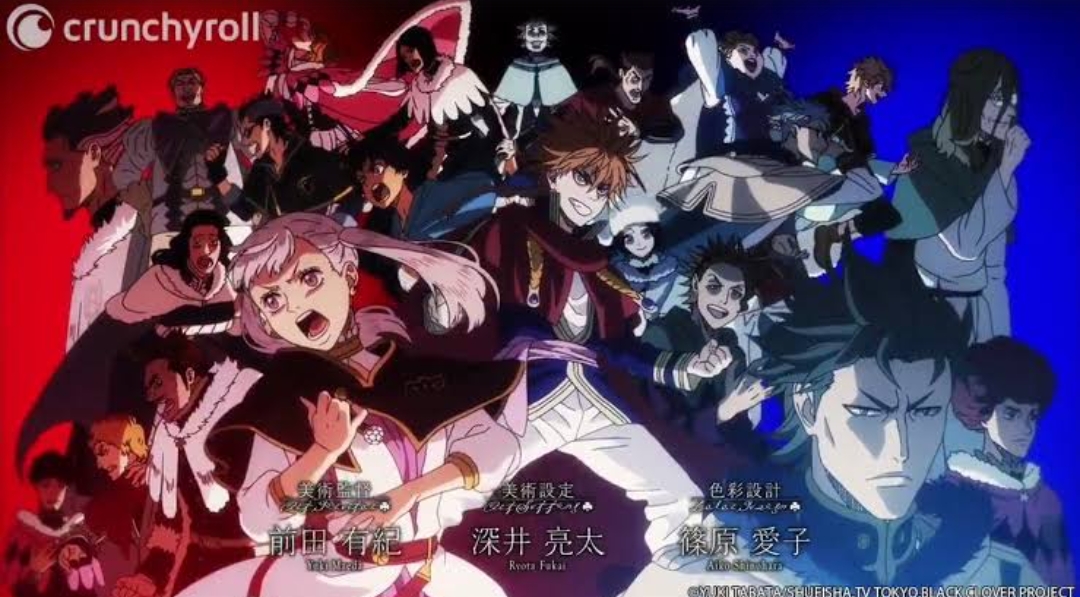 Black Clover is classified as a battle shounen, just like Jujutsu Kaisen, which justifies them sharing similar themes. Moreover, the protagonist in both the anime has a cursed spirit inside of him, representing a handful of hassle and dangers. However, they can still use their powers under certain terms and can be extraordinarily amazing due to their unique battling abilities.

Kimetsu no Yaiba centers around a young boy named Tanjirou, whose soul, during a tragedy, got scarred, causing the butchery of all his family members, except for his younger sister, who turned into a demon after that incident. Tanjirou vows to take revenge on behalf of his family and embarks on a journey to seek a cure to her curse, to turn her back into the human form. 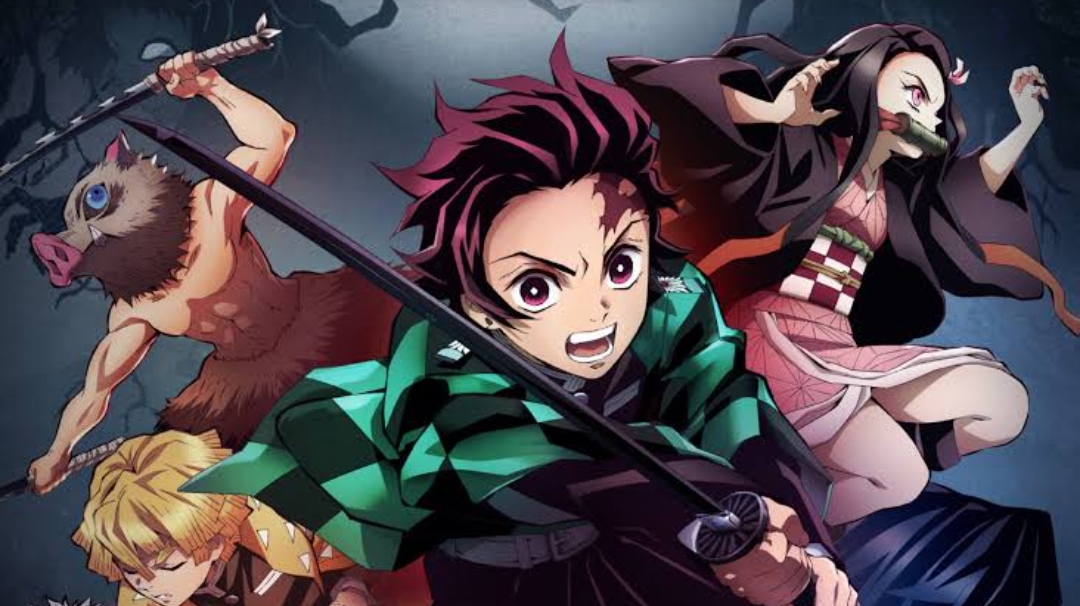 Both ‘Jujutsu Kaisen’ and ‘Kimetsu no Yaiba’ deal with dark fantasy, spiced with action-packed adventures. The lives of the protagonists in both the anime take a sharp turn and are bound to dig into the supernatural world to save their lives and achieve their respective goals.

Set in an alternate world where humans and ghouls, flesh-eating creatures having the appearance of normal humans, live together. The story revolves around a college student, Ken Kaneki, who almost gets knocked down when his date, revealed as a ghoul, attacks him. He is carried to the hospital, undergoes an operation in an unconscious state, but gets shocked when he comes to know that he has turned into a half-ghoul owing to an organ transplant from the one ghoul who had tried to attack him earlier. Now he has to confront this harsh reality and get adapted to his new life after dealing with both the humans and the ghouls and his own inner conflict. 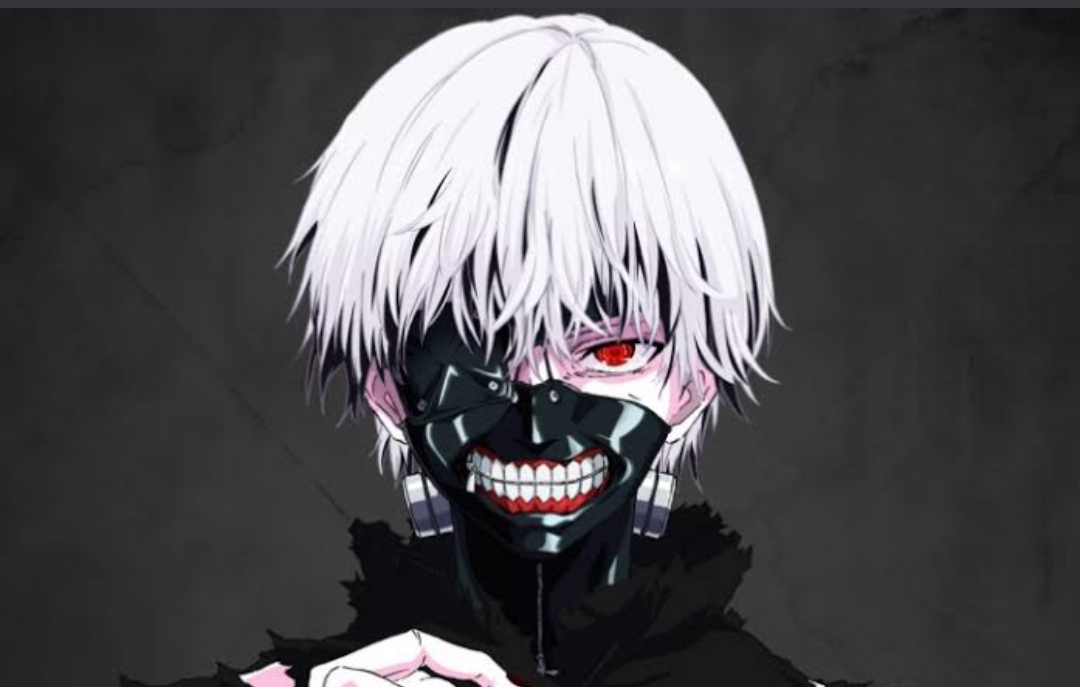 Tokyo Ghoul is a dark fantasy just like ‘Jujutsu Kaisen’ where a series of events turn the main protagonists from ordinary people to monsters, due to which, both of them are exposed to a new life and new goals.

Set in a ninjas world, the story focuses on a young aspiring ninja, Uzumaki Naruto, who dreams and strives to be a Hokage, aka the village leader, get recognition from his peers, and acknowledgment from the people. 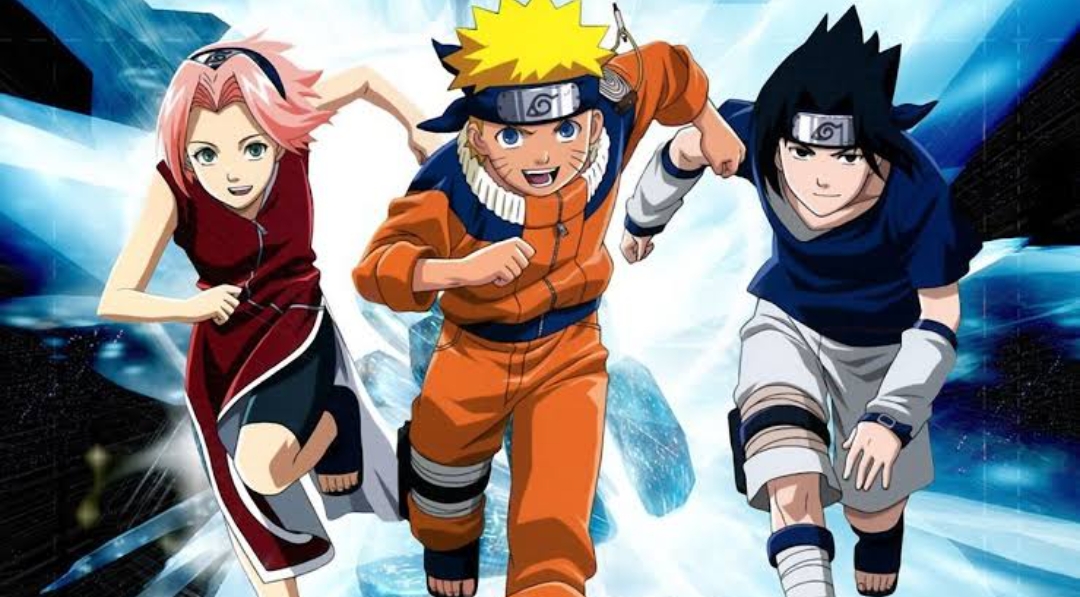 There are many similarities between the two anime, including the fact that both the protagonists are permanent cursed spirit hosts, making them exceptionally powerful. Moreover, they share strong will powers that let them confront and control the demons inside them without getting carried away and use their powers for protecting the lives of ordinary people. Both of them are a part of a trio of ninjas or shamans attending the same educational institution.

The story is about a 17-year-old high school student, Shinichi Izumi, who falls victim to alien-like little worms called Parasites, with heads like drills, who attempts to take over his brain while he is asleep.  However, Shinichi prevents it from doing so but gets his right hand eaten by the worm, bounding him to think of coexisting with it. 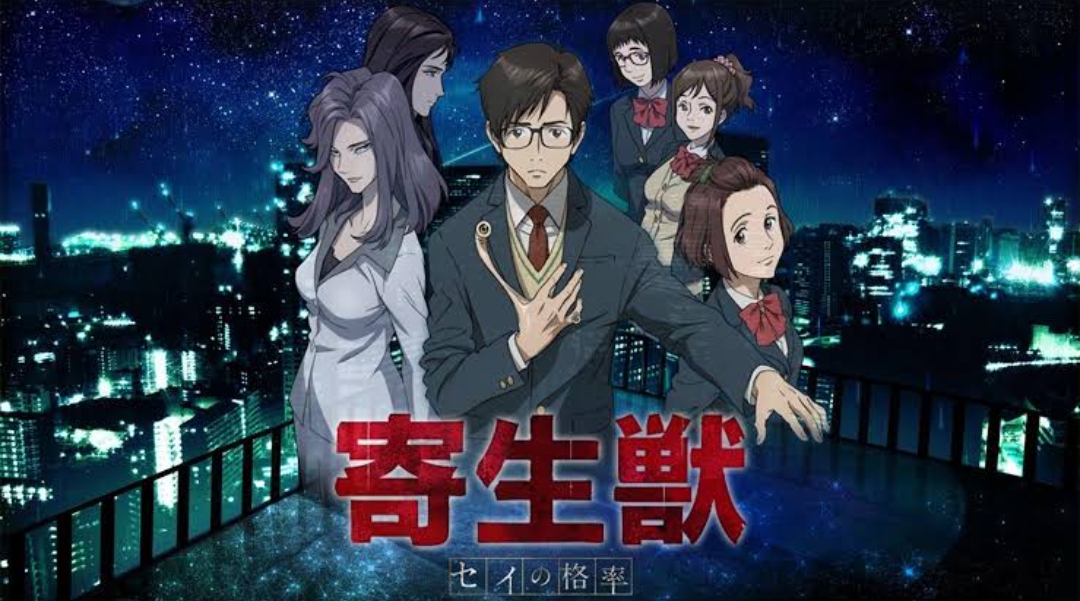 The most prominent similarity between the two anime is that both the lead protagonists have to serve as hosts to a living being. Rather than letting it take control over them completely, they somehow manage to learn to control the creature living inside them. There are plenty of fights that are fairly frightful in both cases, making the series more than an ordinary action anime.

The story revolves around a high school student living in Karakura town, who can see ghosts and hollows ever since his childhood. A chain of events occurs one after the other, and he becomes a substitute Soul Reaper after Rukia Kuchiki, a Soul Reaper, fails to fulfill her responsibilities. Although he feels reluctant to carry out his duties as a Soul Reaper, he soon learns to use his newly discovered powers and protect the people living there from the hollows. 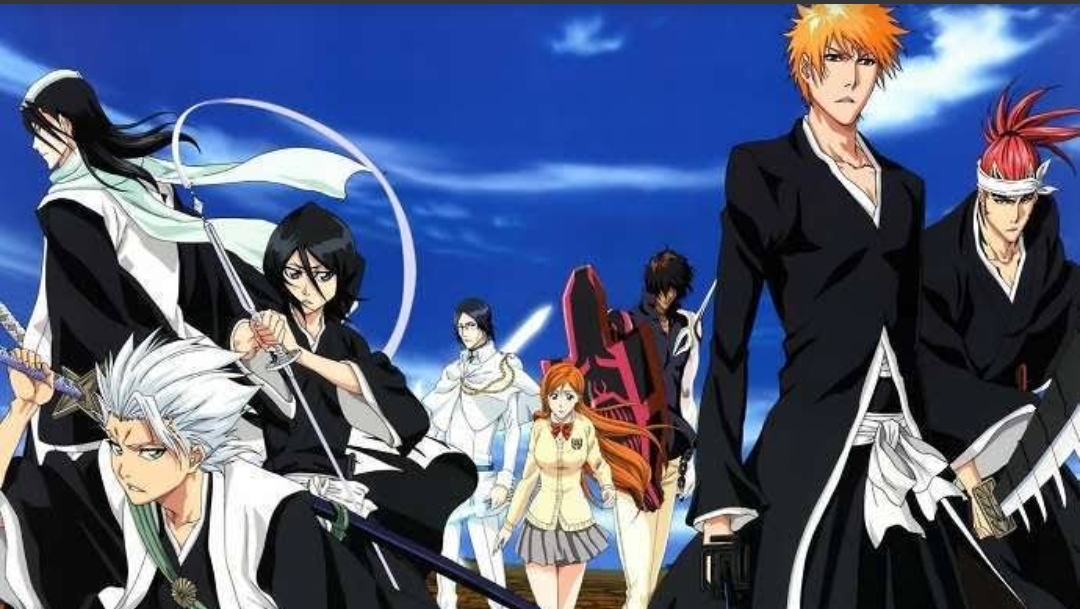 Both the anime have protagonists who were initially high school students, with a carefree attitude. After acquiring the supernatural powers that help them deal with the spirits and destroy them, they determine to protect the people who care for them.

The anime narrates Gon and his best friend, Killua, who used to serve as a childhood assassin before taking the hunter exam. With their hard work, both the friends became licensed Hunters, a title that can help them track individuals, beasts, or even treasures easily. 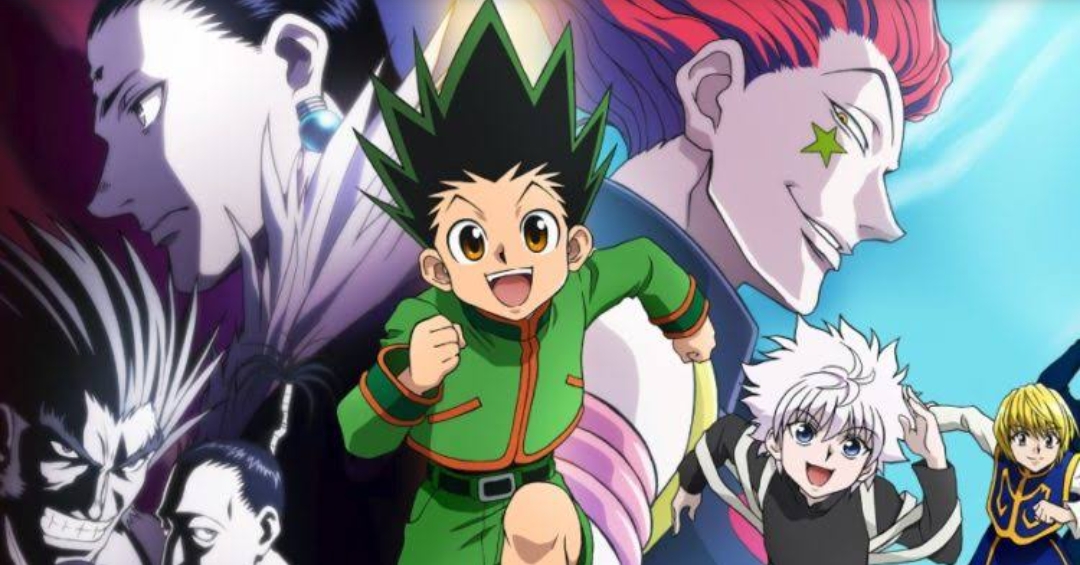