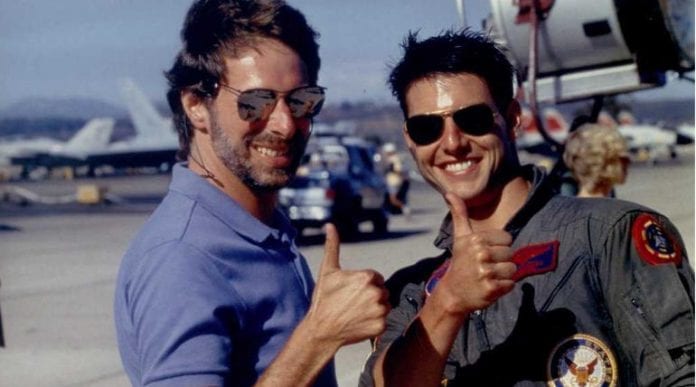 Tom Cruise starring military drama of 1998, Top Gun is getting a sequel and its time for fans to embrace the speed once again. Who could have thought that this day would come then Top Gun first released in 1988? Rumors on the sequel were spreading like a bushfire, and fast forward to now; it’s actually happening. Goose and Maverick’s over the top adventures had found its own place in everyone’s’ hearts, and fans expect more from the upcoming sequel which is titled as Top Gun: Maverick. So, here is everything you need to know about the upcoming Top Gun: Maverick.

Title of the sequel had been an attraction to the fans as back in 2017, Tom Cruise revealed that the sequel would be titled after his character name, and fans wondered about the status of Goose. The sequel faced few problems along its journey the major had been with the death of the original film, Tony Scott back in 2012.

It was a hard time and the progress ceased, so fans were sure that Top Gun 2 would be surely canceled but, with the involvement of Joseph Kosinski, the project is as healthy as it was in the beginning. The official plot is yet to be revealed but, according to the original director who in an interview said that he doesn’t want to do a remake neither does he want to do a reinvention, he wants to make a new film based on the current world.

Even Kosinski said that the sequel has to adapt to the current world as there is a significant difference in the Navy now if we compare it to the Navy of 1986. However, he also added that the new movie would keep fans at the edge and they will embrace the naval action and what its like to be in a fighter jet.

READ:  The Monster Duchess and Contract Princess Chapter 45: Release Date and Where To Read

The cast for the upcoming sequel includes:

According to the latest reports, Top Gun: Maverick will be released on 26th June 2020.

The movie used real government-owned military aircraft. The movie was supposed to release on 12 July 2019 but now it is scheduled to release on 26 June 2020. As for the cast members it consists of Tom Cruise as Captain Pete “Maverick” Mitchell, a flight instructor. Miles Teller as Lieutenant Bradley “Rooster” Bradshaw, a pilot trainee, and the son of Maverick’s late RIO, Nick “Goose” Bradshaw. Jennifer Connelly as Maverick’s love interest, who is a single mother and owner of a bar. Jon Hamm as a vice admiral. Glen Powell as a pilot trainee “Hangman” Lewis Pullman. Ed Harris as a rear admiral, who is Maverick’s superior. Val Kilmer as Vice Admiral Tom “Iceman” Kazansky, a fellow instructor and friend/former rival of Maverick.