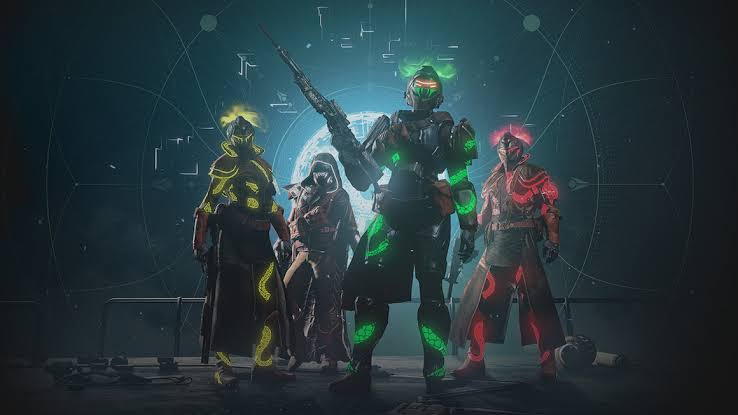 In this post, we are going to talk about Destiny 2 season six, which is better known as Season of the Drifter Updates So Far. As we know, Destiny has completed four seasons and the fifth season is currently in progress, which is supposed to end soon. But fans are more excited to know more about what will the next season bring for them, a new season means loads of new things to talk about.

Each new season comes with anof many things, including skins and clothing, weapons, maps, and some new gameplay modes. Hence, players stay attracted to the game and do not get bored. So, when is the new season releasing? Fortunately, the sixth season, which is the second of this year, is supposed to start on 5 March 2019. So, we are just some hours away from the new season.

Many were wondering whether Trials will be there in Season of the Drifter, but it was denied by Bungie in its weekly blog post. So, Trials of Osiris’ future seems a bit blurry as of now. Also, the new season will bring a bunch of new features in the game, and the developers have decided to release them one after another. So, the roadmap of the upcoming season is shown in the following picture. 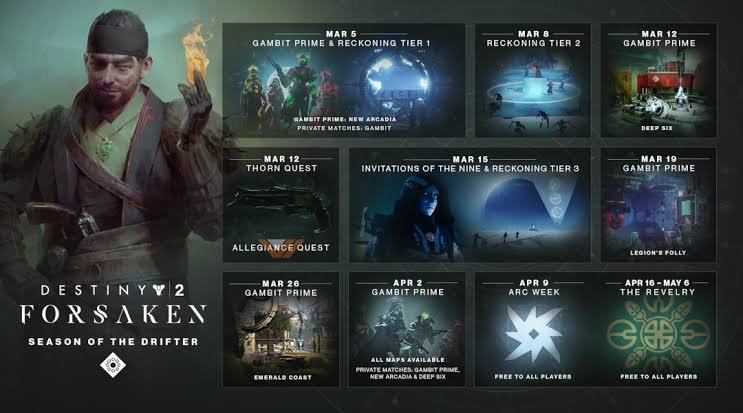 As the picture suggests, we will have two new modes on 5 March, which are Gambit Prime and The Reckoning, and they are supposed to be totally different from what players have played before. On 8 March 2019, we will get the second level of difficulty for The Reckoning. On 12 March 2019, we will get another map for Gambit Prime, which will be called Deep Six on Titan. Also, everything else is described in the picture itself, which is enough to understand everything! The roadmap is made for 90 days, and it seems like we have a lot of waiting. So, just wait for 5 March and the upcoming action!