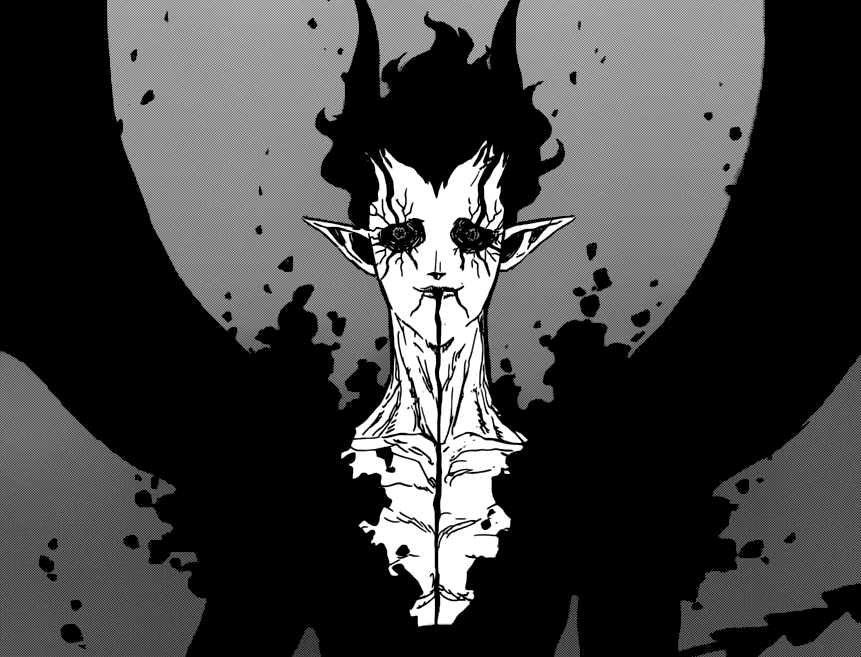 There was a big reveal in the previous chapter of Black Clover. The first ever Wizard King was not really the one who betrayed the elves, and Patri knew all along. There is also a character named Lonne who seems to be neither human nor elf, but something else. The appearance of a new demon with powerful magic is also one of the biggest revelations of this arc. What will this mean with Asta and his grimoire? Will we get more and more pieces of the puzzle in Black Clover Chapter 197?

There are two questions that might be answered in Black Clover chapter 197. The first one is if the demon inside Asta’s grimoire is actually the one who manifested. Both the demon in the last chapter and the demon residing in Asta’s Grimoire wanted to obtain a physical body. The demon in the last chapter also mentioned about a “Grimoire of Despair,” and about a demon inhabiting the fifth leaf. If the Grimoire of Despair is Asta’s Grimoire, then why did the Grimoire chose Asta?

Each magic for each manifested before they even had their Grimoires. Yuno was able to use his proficiently before the Grimoire ceremony. Asta, on the other hand, was not able to use anti-magic until he received his Grimoire. In addition, when Asta tried to detect the Ki inside his body, it can be noticed that the anti-magic is from the sword, which is from the Grimoire. The Witch Queen also stated that Asta is really just a defect and that his body cannot use mana.

Whether Asta loses his power or not, we will know the answer in Black Clover chapter 197. We might also know if there is a race of demons and a location called a demon world. If Asta’s demon and the demon in the last chapter happened to be different, then we might see the Hage boys fight for their lives in the next chapter.