For Yuuta Togashi, the scars that his Chuunibyou has abandoned are still new. Having acted like the “Dull Flame Master” during his center school years, he glances back at those occasions with extraordinary humiliation, to such an extent that he chooses to go to a secondary school far away from where no one will remember him. Putting his dim history behind him, he yearns to carry on with conventional secondary school life.

Lamentably, he hasn’t gotten away for quite a while ago yet: enter Rikka Takanashi, Yuuta’s new colleague and self-announced vessel of the “Fiendish Eye.” As this whimsical little youngster collides with Yuuta’s life, his fantasy of a conventional, without Chuunibyou life, rapidly disintegrates away. In this diverting and inspiring story of a kid who needs to abandon his humiliating recollections, the hallucinations of old are a long way from a relic of days gone by.

We’ve all done embarrassing stuff when we were younger and naive. Now here’s a scenario. You reach an age when it’s awkward to think back to the things you’ve done. All of a sudden, you meet someone who was exactly like you back then. Wouldn’t you almost die of embarrassment? You would try your best not to have anything to do with such a person. Well, Chuunibyou Demo Koi Ga Shitai is a series about a guy who’s embarrassed by his past self, falling in love with a girl who’s very much an embodiment of his past. It’s cute, and heartwarming but has its issues in terms of pacing and character importance.

This is a complete review of the entire series, including all the seasons, specials, and movies. However, there will be less emphasis on the specials and recap movie as it has very little to do with the actual story and serves mainly as fanservice.

There are shows which increase in quality over time. New characters get added, which makes the viewing experience that much more endearing. Sadly, the same cannot be said about Chuunibyou. Season 1 is the best amongst all the other additions and should be enjoyed thoroughly. 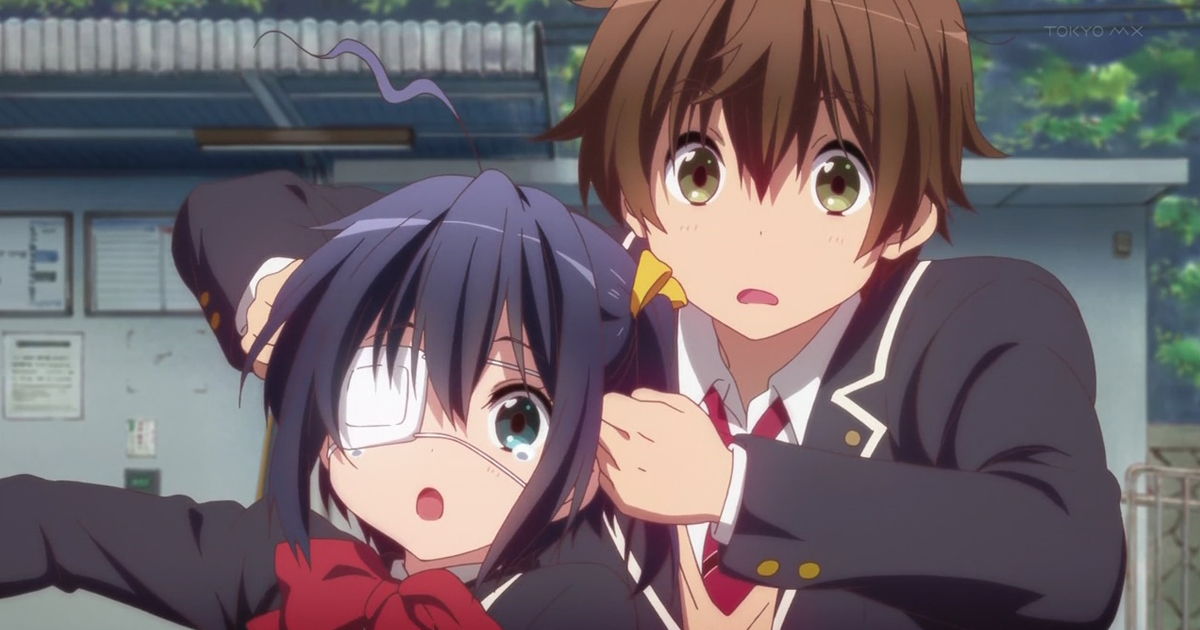 Please leave it to Kyoto animation to make an adorable and moe anime with many heavy elements. Their style helps out the entire show in terms of production value and emotions. Since Chuunibyou is basically about imaginary battles, they had to show a few battle scenes. Mind you, it was obligatory, but Kyoto took it upon themselves and brought many battle sequences that rival many other action anime.

While not as masterful as Hyouka, in my opinion, which came out a little before Chuunibyou, it’s still beautiful nevertheless. The quality of art (background and character) remains the same in both seasons with a minute improvement in S2.

Story: Why it Worked?

The story, especially for season 1, seemed simple at first. It was about a romance between these two unique characters. The first couple of episodes that served as an introduction for all names were well done. The fact that we were able to relate with a few of them proves this fact. Rikka and Dekomori going full Chuunibyou is something that never gets boring.

Later, it takes a turn and starts analyzing the cause of such behavior in Rikka. At first, it wouldn’t be surprising if people weren’t happy with the direction it was heading to. The show has been a complete guilty pleasure for many due to its cute romance and well-timed gags. 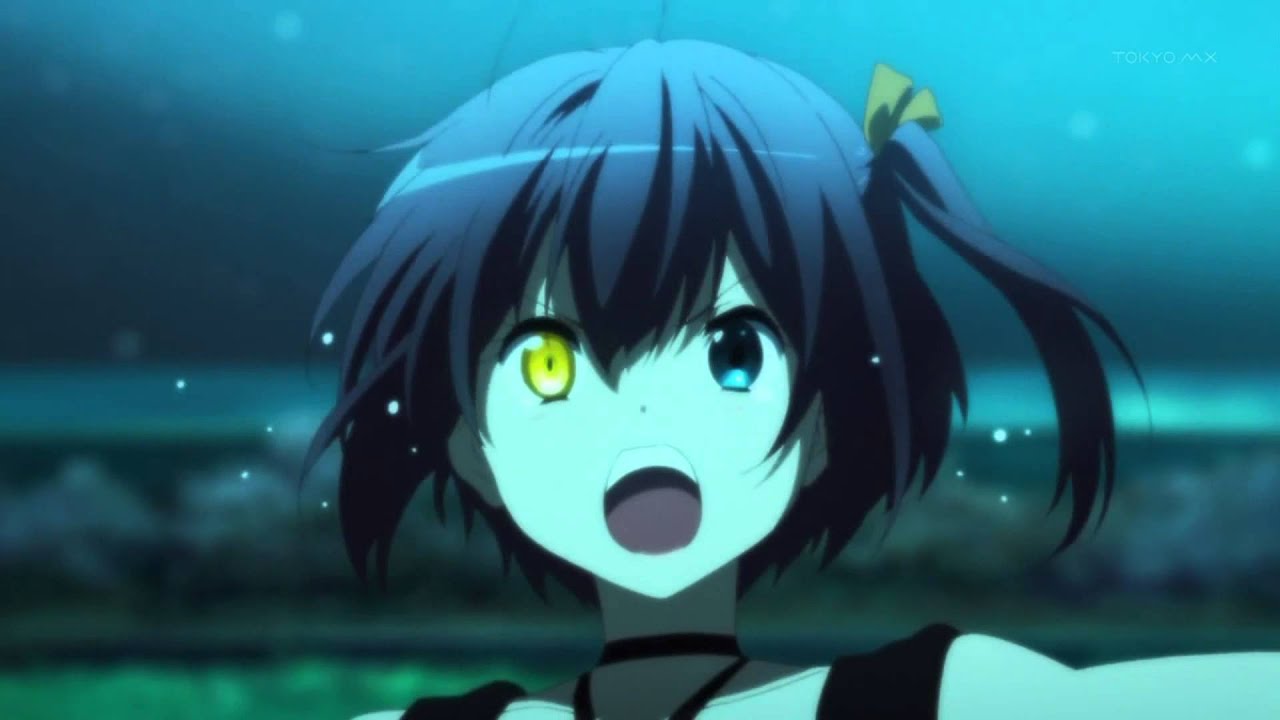 This sudden shift to a little dark atmosphere was a cause of concern for such viewers, but it works out splendidly. Character actions are justified, and to be honest, all the characters are even more developed in this small eventful arc, especially the central duo Rikka and Yuuta. Yuuta’s decisions are a little scary at first but make sense once you realize he’s just a high schooler given such a huge responsibility. In the end, it was a fun and heartwarming story which can be accompanied by a cup of coffee on a rainy afternoon.

Things changed when Season 2 was released. The decisions taken in Season 1 are thrown out the window. S1 was about turning Rikka into a person who can function adequately in society but still has her “powers” in non-serious and fun moments. Season 1 conclusion makes you think that such strides are possible in the next season; however, Rikka goes back to being who she was, causing us to wonder if Season 1 even happened.

A new rival is introduced, but then she isn’t the main focus for the next six episodes. They bring her back to try to implement a love triangle of sorts. Another character who was very well prevalent in S1 is wholly taken out in S2. These pointless changes with a weird transition phase hurt the series, where it usually shined spectacularly. S2 also focuses more on the support characters. Dekomori and Nibutani are fleshed out evenly. Kumin is not so washed out anymore and has her motivation to stay in the club and by everyone’s side.

Season 2 might have been the area people would have suspected some progress in Rikka’s and Yuuta’s relationship, but unfortunately, the series fails to do so. Sure, there are many cute moments, but they don’t equal progression. The finale of S2 ends so that it probably angered the majority of the fanbase, and it’s justified. The main cast was also fed up. Having such a cliché cut out a brilliantly executed moment until then really hurt the series and what it stood for—the romance.