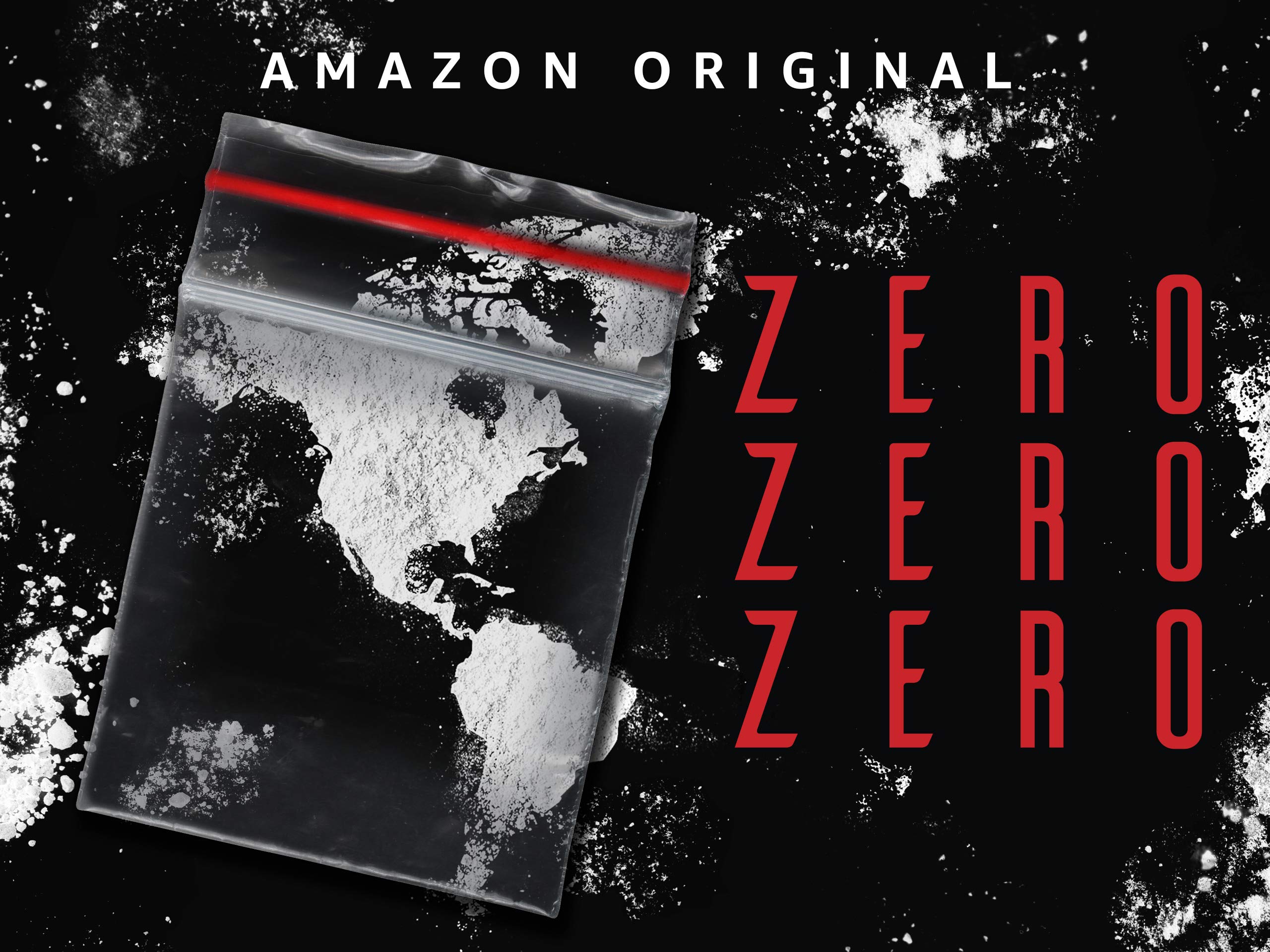 ‘Zerozerozero’ is a crime drama television series created by Stefano Sollima, Leonardo Fasoli, and Mauricio Katz. This series casts Andrea Riseborough, Dane DeHaan, and Gabriel Byrne. ‘Zerozerozero’ is based on the novel of the same name, which is written by Robert Saviano. This series follows around the narcos brothers Enrique and Jacinto Leyra, who are aided in their criminal activities. The series follows the troubled journey of a large shipment of cocaine from Monterrey, Mexico to Gioia Tauro, Italy, and this trade was carried by the two brothers. The buyer is Don Minu La Piana, a boss of the ‘Ndrangheta. All the bad trouble comes while dealing with the huge batch of cocaine, and this all leads to bad consequences, which leads this shipment to Africa. With this delayed delivery, dramatic bad things happen, and everything turns wild.

This series is just amazing to watch with a frequent plot twist, and action scenes make everything interesting. ‘Zerozerozero’ is an exclusive series that is available on Amazon Prime. But if you have completed this series and you are on a wide search to find series which is just like ‘Zerozerozero,’ then we have got you covered, as this list will cover eight different series which will amaze you. All the series mentioned on this list will be readily available on Netflix, Hulu, or Amazon Prime. 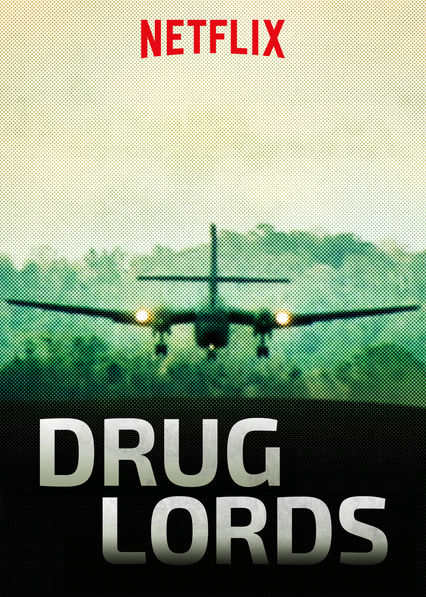 ‘Drug Lords’ is a 2018 American documentary series that explores real-life drug dealing cartels and kingpins such as Pablo Escobar, the Cali Cartel, Frank Lucas, and the Pettingill family. This series was premiered on Netflix on January 19, 2018, now this series has 16 episodes and in total two seasons. This series is inspired by interviews from officers, gang members, and journalists. ‘Drug Lord’ also has some scenes which are dramatized re-enactments to keep the interest in living.

7. Queen of the South 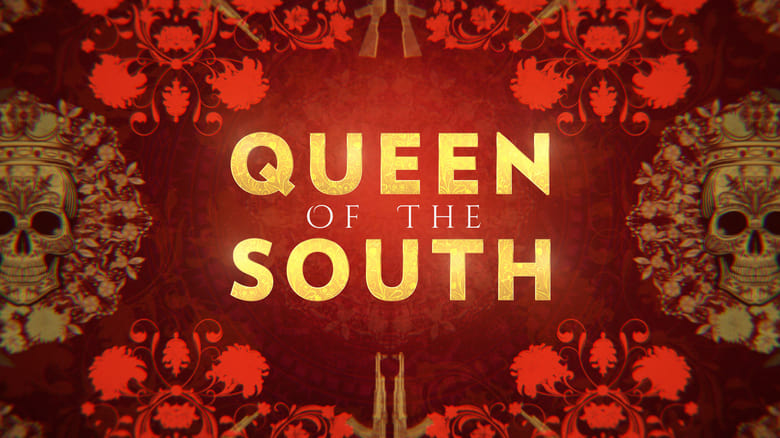 ‘Queen of the South’ is an American crime drama television series created by M.A Fortin and Joshua Miller. The series premiered on June 23, 2016. On USA Network. This original series centers around a woman called Teresa, who secretly enters the United States after her boyfriend, a drug smuggler who is killed by his rivals. This series has four seasons and, in total, has 52 episodes.

Teresa now ends up building a huge drug empire himself and now becomes one of the most feared and influential smugglers in the United States. This shows maintains a wonderful balance between action and dramatic scenes, and this is what helps keep the audiences engaged with the narrative. This show is one of the most gripping as it will keep you engaged you for a long time. 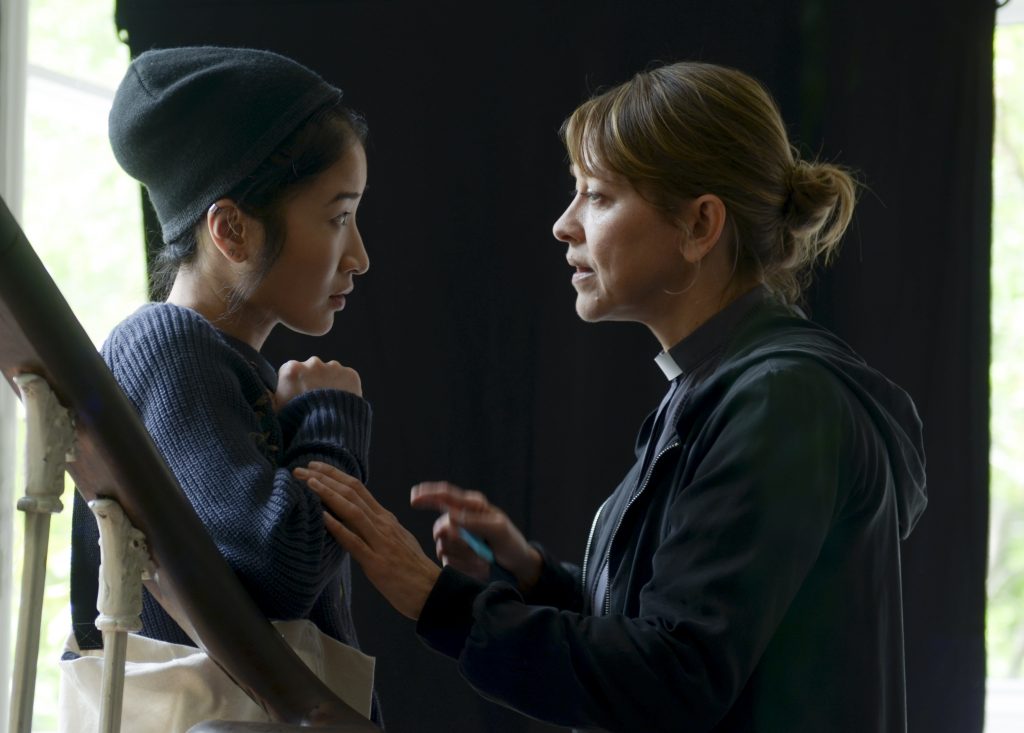 Collateral is a four-part British television drama series which is written and created by David Hare and directed by S.J Clarkson. This series stars S.J Clarkson, Carey Mulligan, Nathaniel Martello-White, Jeany Spark, and many more amazing cast. ‘Collateral’ is described by Hare as a police procedural without any of that police attitudinizing. This movie revolves around the detective named Kip Glaspie, which is played by Carey Mulligan, who is assigned to investigate the murder of a pizza delivery driver who was shot in London.

This story created a complex web and explored the story of an individual character who plays a role in this series. Overall, this series has got many twists, which will leave any viewer perplexed. ‘Collateral’ has an added levity to the dark source material and is violence centered series. If you loved ‘Zerozeorzero,’ then you will love this series too. 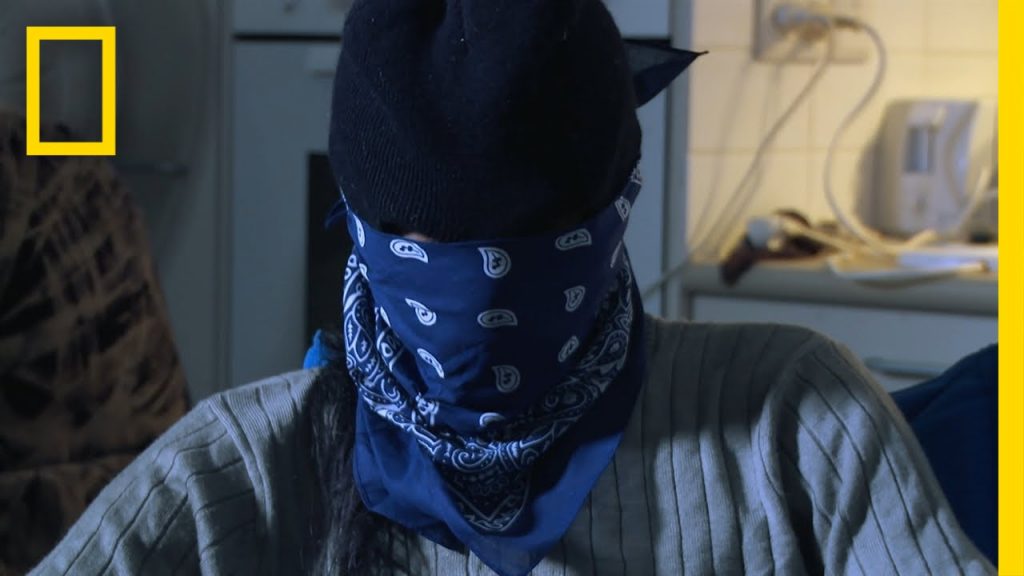 Drugs, Inc. is an American documentary-style television series on the National Geographic Channel that explored the global narcotics production and trafficking. This series features drug dealers, recreational users, and addicts as well as professionals in the fields of substance abuse, drug rehabilitation, and criminal justice. This series looks into the businesses built around marijuana, cocaine, meth, and such popular drugs.

We also get to hear from people who are involved in this business one way or another, interviews are also taken, but with frequent voice changes or hidden faces (usually behind the mask or bandana or blurred via video editing), this is done to avoid public exposure or arrest by local authorities. This television show tells how businesses related to drugs are going on in real life and how dangerous they can be.

Ozark is an American crime drama web television series which is created by Bill Dubuque and Mark Williams for Netflix. This movie stars Jason Bateman and Laura Linney, who are a married couple. This series revolves around the Byrdes and their teenage kids, Charlotte and Jonah, for all the intents and purposes an ordinary family with ordinary lives. Except for the job of Marty (played by Jason Bateman), who is a Chicago financial advisor who serves as the money launderer for the second largest drug cartel in Mexico. When all the things are awry.

Marty has to uproot their family from the skyscrapers of Chicago and relocate to the lazy region of the Missouri Ozarks. This series is a super intense crime driven plot, and the writing of this series goes up and down as roller-coaster with characters taking violent risks. 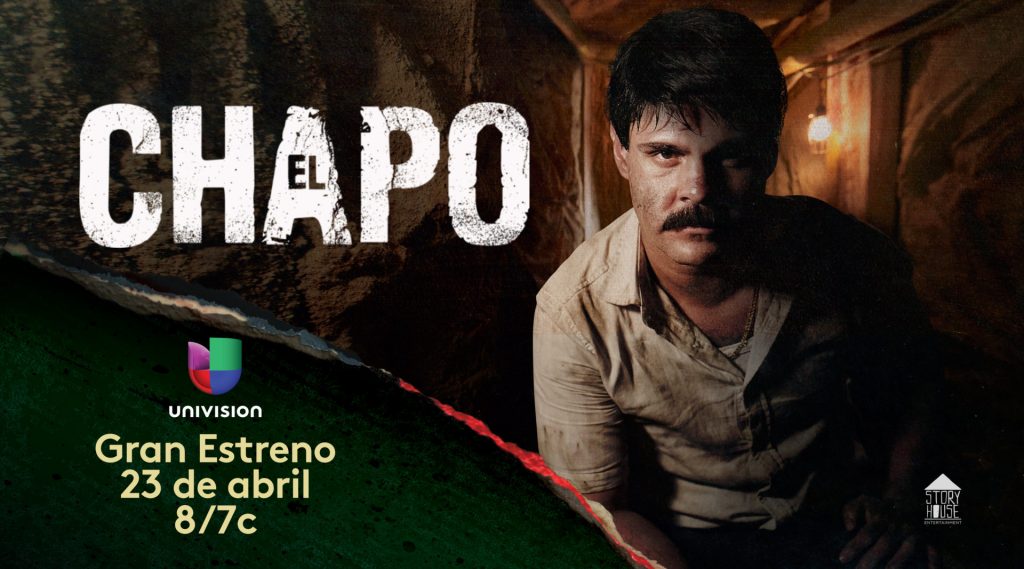 ‘El Chapo’ is a crime television series which is co-produced by Netflix. This series is about the life of Joaquin “El Chapo” Guzman, who is considered to be one of the most feared drug smugglers in history. This series stars Marco de la O as “El Chapo,” Humberto Busto, Alejandro Aguilar, Rodrigo Abed, and many more, which make this is series amazing, which it is. This whole series revolves around him from how he started this career, from his rise and to his fall.

Joaquin Guzman started his career in the trade as a low-level enforcer for the Guadalajara cartel. After that, slowly and steadily, he moved upward and climbed steps one after another and eventually formed the Sinaloa cartel. This series has a total of three seasons, which shows his rise and fall. This series has close attention put towards the production value as it is phenomenal, and these series have a gripping plot. Therefore, this series is a favorite among Netflix subscribers throughout the world. 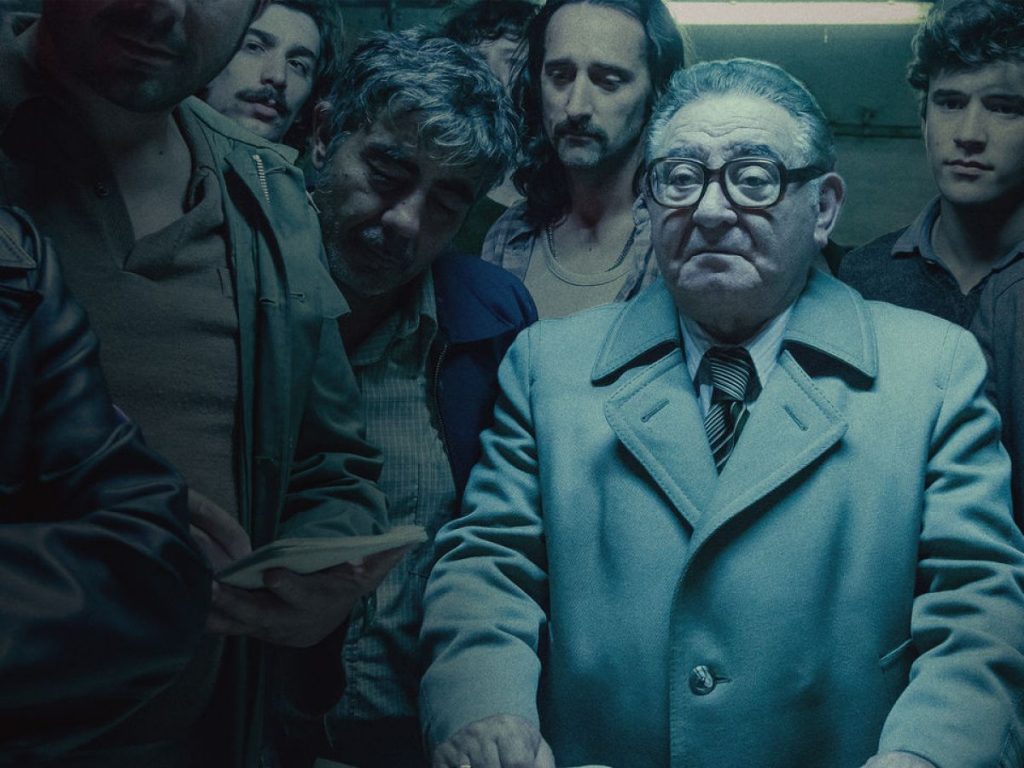 Farina, which is also known as Cocaine Coast, is a Spanish crime drama television series which is directed by Carlos Sedes and Jorge Torregrossa. Moreover, the series is based on Nancho Carretero’s nonfictional book Farina (Flour, slang for cocaine). ‘Farina’ stars Javier Rey, Tristan Ulloa, Antonio Duran, Carlos Blanco, and much more amazing crew cast. This series revolves around a man named Sito Minanco, who is a fisherman who is skilled at speedboat handling, starts to work in a tobacco smuggling ring, which is led by Vincent Otero Perez “Territo,” the head of the Galician clans of the Ria de Arousa.

Later on, Minanco starts his ring alongside his two friends, and this led to a lot of conflicts and smuggling of illegal drugs, and the whole series goes on untying the strings. This series has many brilliant performances and impeccable cinematography and is the show that you don’t want to miss out on. 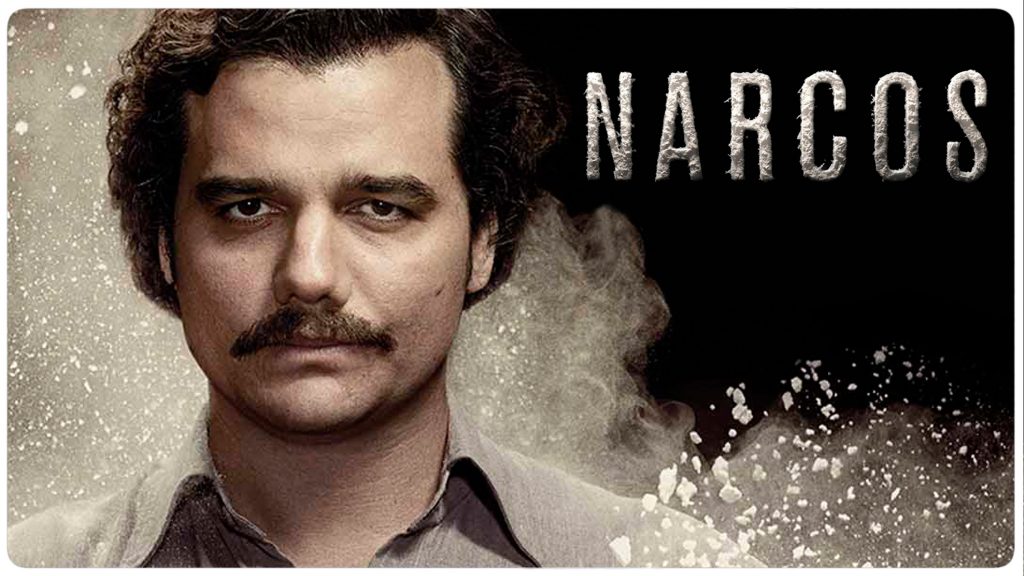 ‘Narcos’ is an American crime drama web television created and produced by Chris Brancato, Carlo Bernard, and Doug Miro. This is the only series that started a popular culture of shows, which is based on drug smuggling and revolves around the cartel. ‘Narcos’ is set and filmed in Columbia and is based on the story of drug kingpin Pablo Escobar, who become a billionaire through the production and distribution of cocaine. This whole series also focuses on Escobar’s interactions with drug lords, Drug Enforcement Administration (DEA) agents, and various opposition entities.

This whole series tells the tale of how Pablo Escober rose to such a high status and his fall too. Furthermore, tale continuous to follow the DEA as they try to shut down the infamous Cali Cartel. This whole series is available on Netflix and has in total of 3 seasons and a total of 30 episodes. This is no doubt one of the famous series which is based on this genre and is the best competitor of the series which widely renowned in the world which is ‘Breaking Bad.’ Brazilian actor Wagner Moura here delivers one of the best television performances of the past decade as Escobar.