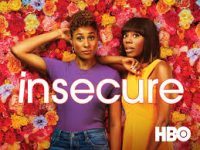 Insecure is an American comedy-drama TV series that follows the story of two black females who has been best friends since their college days. Created by Issa Rae and Larry Wilmore, the show has already become one of the most popular shows of HBO. Due to its overwhelming response in the past three seasons, the show got revived for the 4th one, the recent season of Insecure (Season 4) will be released on April 12th, 2020.

The show has pretty decent ratings both critically praised and further complimented by the viewers, Insecure got nominated for Top 10 Television shows of the year, and the show’s main lead also received Two Golden Globe nominations for Best Actress. Furthermore, the show was also nominated for the prestigious Emmy Awards for outstanding Performance in Leading Role (Female). In this article, we are going to discuss all the recent updates regarding the Insecure Season 5, So here is everything you need to know about the 5th Season of Insecure.

What is the Plot of Insecure?

The story mainly follows the lives of two Black Females Issa and Molly, who have been close friends since their college days. Both currently in their late 20s and lives in Los Angeles, California shares a solid bond. The show centers on the lives of Issa and Molly and the struggle they face in their daily lives, such as Love, Failed Relationships, Friendship, and obstacles that the African American people experience in their daily lives.

Issa works for a nonprofit organization that serves middle school-aged people; on the other hand, Molly works as a prosperous corporate lawyer. Both of them deals with complications with lives, like Issa, who struggles to save her relationship with her long time boyfriend Lawrence( Played by Jay Ellis). Their relationship ha been sinking since their start-up failed both now have trust issues and fails to understand one another. On the other hand, Mary faces hassle with dating men, and the show also focuses on the social and the phylogenic problems that African American people struggle with.

The Cast and Characters of Insecure Season 5:

As of now, we do not have any confirmation about the casts that are going to return in the 5th season; however, based on the previous seasons, the core members of the cast are likely to return for the fifth season as well. Issa Rae, Yvonne Orji (Molly), Jay Ellis (Lawrence), Alexander Hodge (Andrew), Natasha Rothwell (Kelli), Amanda Seales (Tiffany), and Kendrick Sampson (Nathan) can return on their respective roles in season 5 if the show gets a renewal.

Is there a Trailer of Insecure Season 5?

The HBO has not renewed the show for the fifth season yet, so we have to wait till season 4 concludes, then we might get our answers. But due to the show’s overwhelming response from the fans in the past seasons, the show has a pretty good chance of getting revived for a 5th one.

How Many Episodes Will’ Insecure Season 5′ feature?

The show has a strict policy of 8 episodes per season for the past three seasons, in the fourth one, the show is expected to feature ten episodes.

So if the show gets revived for a 5th one, we might see a fresh batch of 8-10 episodes, each having a duration of 1 hour. Still, we have to wait for an official word on this.

Insecure Season 5 will be released in April 2021 if it follows its past schedule. As of now, we do not have any update regarding the update of the 5th season; the show is yet to be renewed by HBO, till then we have to wait for an official word on this. However, we do have an update regarding the Insecure Season 4: which is expected to release on April 12th, 2020. As it is an HBO Original series so the streaming will be available on HBO.