Find Me in Your Memory K-drama information.

On MBC’s Find Me in Your Memory, a new development in the story is going to happen in the upcoming episodes. The identity of Moon Ga Young’s stalker will be revealed in episodes 21 & 22 which will air this week.

The K-drama starring Kim Dong Wook and Moon Ga Young is doing great with its second half. It’s performing decently in the ratings department with its fresh and compelling story.

Find Me in Your Memory tells the story of Lee Jung Hoon (played by Kim Dong Wook) who is a news anchor who falls in love with up and coming star Yeo Ha Jin (played by Moon Ga Young). Lee Jung Hoon is great at his job as he has a rare condition called hyperthymesia, which enables him to remember literally everything that happens with him. Meanwhile, Yeo Ha Jin has forgotten memories of her past due to an incident.

In this article, we will take a look at the preview of what’s to come and the streaming details as well as the update of Find Me in Your Memory episodes 21 & 22.

Find Me in Your Memory Preview

In newly released stills of Find Me in Your Memory, we see Yeo Ha Jin trapped in her stalker’s web. In the pictures, we see her with what looks like a butter knife in her hand? Not really a very good weapon to defend yourself from a stalker. In other pictures, we see her taking up in a room, supposedly somewhere her stalker has her locked in, as in the other picture we see her trying to open the door with a scared expression on her face. 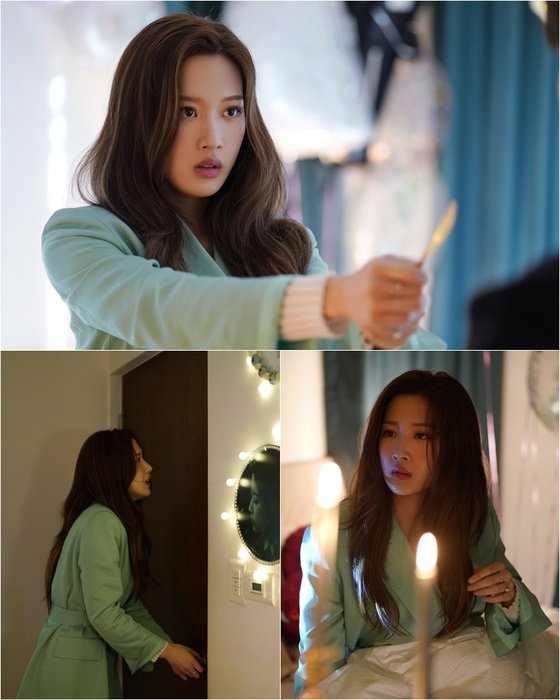 Yeo Ha Jin in FInd Me in Your Memory. Source: News1

It would be interesting to see if Lee Jung Hoon would be able to save Yeo Ha Jin from the stalker.

Find Me in Your Memory Episodes 21 & 22 update & Streaming Details

For viewers outside Korea who want to watch Find Me in Your Memory with English subtitles, the show is available to stream on Rakuten Viki, Viu, Kocowa, and OnDemandKorea. Keep in mind that Viu is only available in a select few countries in Asia, while Kocowa and OnDemandKorea are available in North and South America regions only. It is recommended to use a VPN service or proxy if you can’t access the sites in your region.