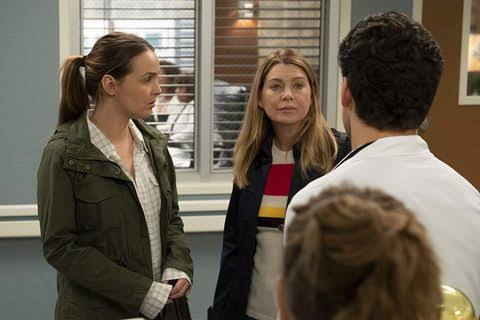 In this post, we are going to talk about Grey’s Anatomy season 15 episode 25 update, where to watch, and spoilers. We know that the 25th episode will be the season finale episode, and therefore the penultimate episode was more interesting than ever. It would be important to take a short recap about what happened previously, and then we will discuss about the season finale.

The last episode was like a funny story when Owen was trying to get the blood of Frances. Gus’ health was not good, and they had to save as much time as they can, and that is why Owen wanted to draw blood while they are in the flight to save time. However, Frances feared a lot and wanted to donate blood after getting to the hospital. However, they got stuck in the traffic when they were traveling from the airport to Grey Sloan. Moreover, we saw Jo finally telling everything she had been holding to Meredith, and Meredith handles things in a very good manner.

Viewers can watch the show online as well, and we suggest The ABC app and its official website, which has no extra cost to stream any ABC show if you have a TV subscription to ABC. Moreover, there is streaming service like Hulu, Roku, Sling where viewers can watch Grey’s Anatomy by streaming ABC channel at the mentioned time.

The season finale episode more about the Gus’ health, as Alex and Meredith will have to make efforts to save him anyhow. Additionally, as the episode titled suggests, there will be for covering the city. Coincidentally, the characters will also face personal problems. The promo of the 25th episode is linked below!