The Rising of the Shield Hero Anime Review

Iwatani Naofumi is the protagonist of The Rising of the Shield Hero anime. He is an eager otaku who finds a book that sends him to another world. In this new world, he has to join the four cardinal heroes to fight the waves of catastrophe as the Shield Hero. Others in the group are the Sword, Spear, and Bow. He is excited about this journey, but soon he is betrayed and loses all his money, dignity, and respect. As he can’t trust anyone now, he starts it anew with Raphtalia to start the journey again. But the world is even more, crazier than he originally thought.

The Rising of the Shield Hero was one of the most anticipated shows of its genre. Isekai is now a genre that is saturated with so many shows airing every year, but The Rising of the Shield Hero is being perceived differently than generic Isekai shows. Honestly, it has a stereotypical fantasy setting, but the fact that the main character is not overpowered, which mostly is the case with other Isekai series, gives a great amount of degradation and defamation to its main character during the initial episodes. Initially, the pace of the story is not great, but it catches up in the later episodes, throughout the first season, this anime is about a man fighting against people who should be his allies, although the storyline in the first season doesn’t go very deep, hinting the fact that the series is only getting started.

The series explores the theme of friendship and the fact that you cannot defend everything alone and you need the help of others; it also explores a little bit about slavery and false rape accusation. When the anime series began airing in the United States, the first episode came under controversy, with several reviewers criticizing the show for its depiction of slavery, and the framing of a false rape accusation. Though this was not the case all over the world, and the show was received quite well in many other countries, including Japan and India. Though the series explores the theme of slavery and false rape accusation, it shows how these things can affect a person to his core. Just like how Naofumi transforms from a happy-go-lucky protagonist to a more cynical guy who only seems to care about personal gain, this is a pretty realistic shift considering what he goes through. 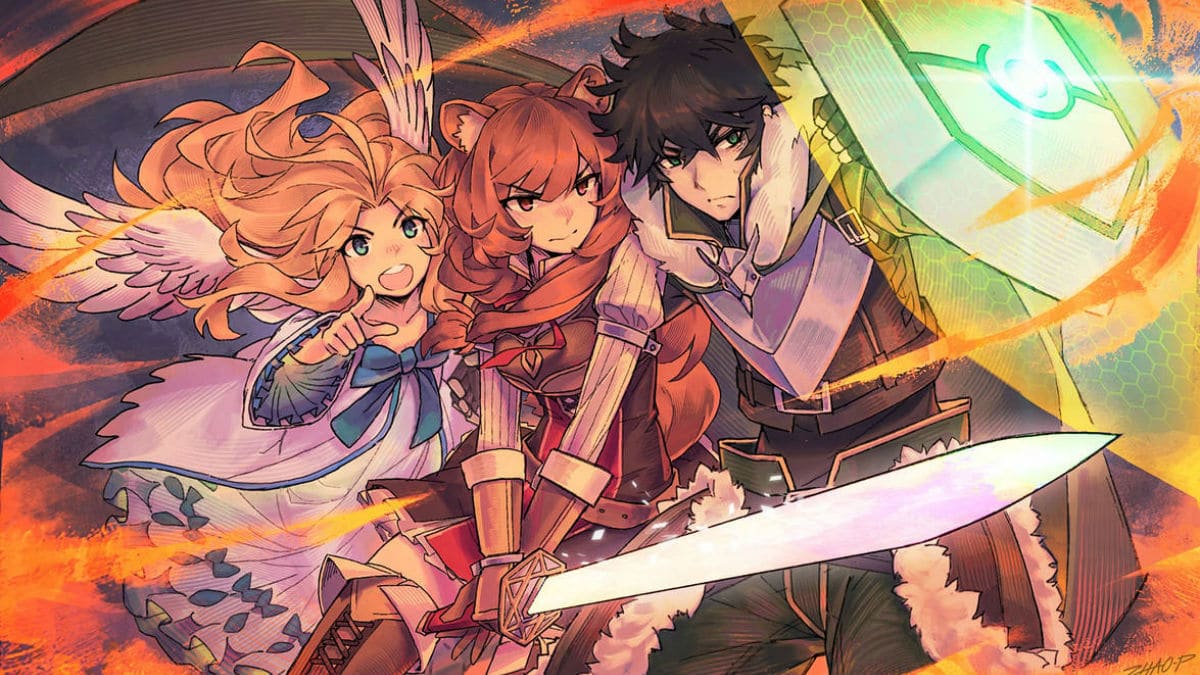 The set of characters in ‘The Rising of the Shield Hero’ is quite impressive; this anime is made of its characters. The bonding between the characters, especially Naofumi and Raphtalia, makes the show worth watching. The character Raphtalia was selected as Best Girl for the Crunchyroll Anime Awards in 2020. Naofumi’s character takes many turns throughout the story and goes through a lot of development until we reach the end. The Character who’s the most likable after Raphtalia is Filo, whose sometimes childish, naughty, and carefree personality will impress you. The character of the Shield Hero and his party are well-written. Other female characters like Melty, the Queen, and Vitoria are also quite likable, except Malty, who is known to be one of the most hated characters of 2019. Although male characters, like the other three Cardinal heroes, are nothing more than a burden for this show, and the audience can’t even take them seriously.

The art style is good, and the characters and their outfits are fitting for the story and is well- designed. The character design for Naofumi, Raphtalia, and Filo looks perfect according to their roles and the type of characters they play. The animation is good according to the setting of the story, which is set around ‘medieval times’. The series has some technical issues like little sloppy moments and some creatures who didn’t look that good, though the fight scenes are animated well.-