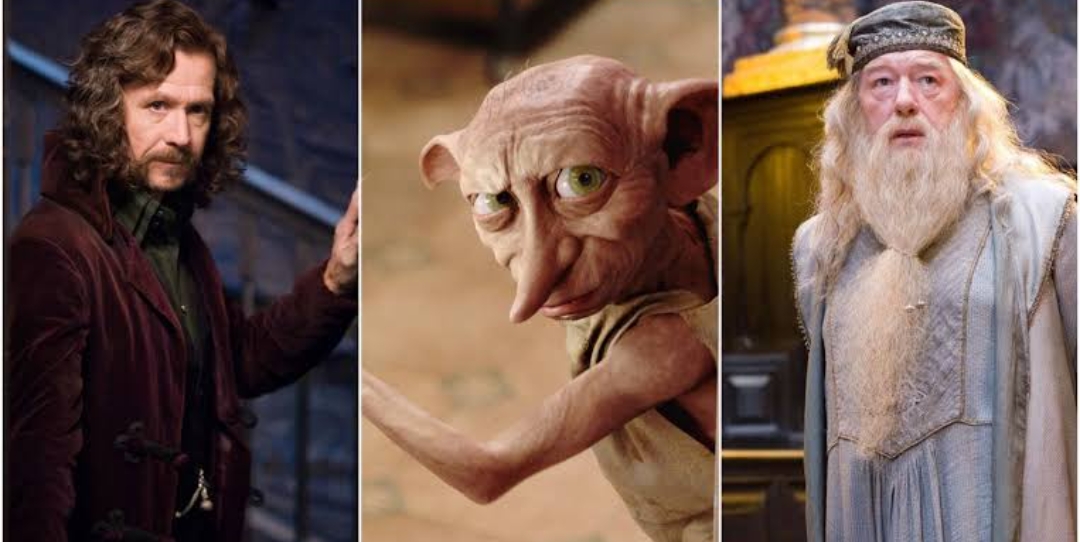 ﻿Written by JK Rowling, the Harry Potter series is unarguably one of the best and the best-selling fantasy novel series of all time. It has been over two decades since the first book, ‘Harry Potter and the Philosopher’s Stone’ was released and we all know how immensely popular it became right away. On top of it, the movie adaptation did the rest of the work and now there is hardly a person alive who has not even heard its name.

However magical the wizarding world of the legendary series of Harry Potter seems, the heartbreaking deaths that we witnessed in it definitely does the work to make it seem real and practical. Along the path to making Hogwarts free from the fright of You-know-who, many wizards had to give away their lives, starting from Harry’s parents, Lily and James Potter to Fred and Cedric. While there are some notable differences between the books and the movies’ versions, the end remained the same for most of the characters. Here is a list of the top ten most heartbreaking deaths of the HP series that left the fans in shock. As the title suggests, a lot of spoilers will be present in this article, so go ahead only if you don’t mind them. 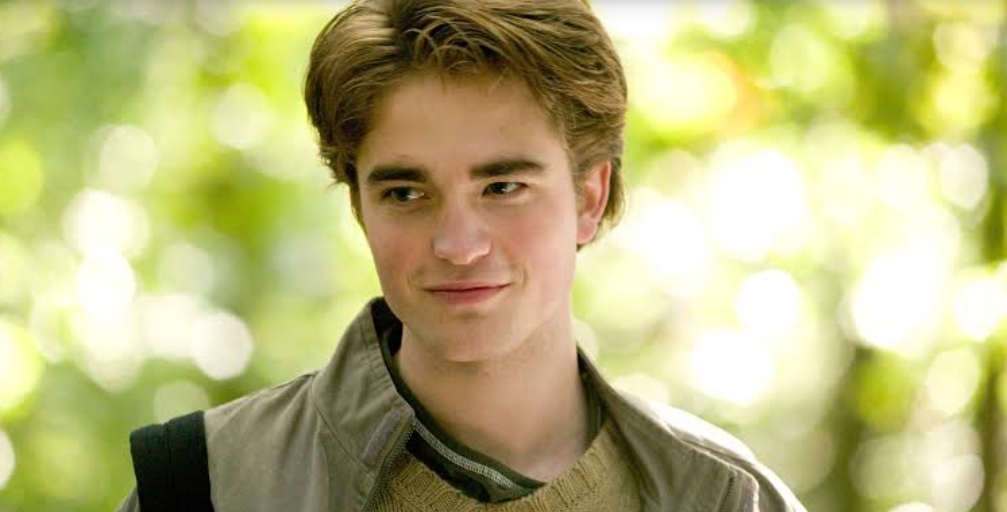 It was then that we realized that the major characters of the Harry Potter series are not safe. The first of the major deaths in the series, Cedric Diggory’s death was not just sad but also shocking. While the other characters died during their journey in the battle against He-who-must-not-be-named, Cedric’s instantaneous demise at the hands of Peter Pettigrew was just because of being at the wrong place and at the wrong time. Had he not touched the Triwizard Champion in the ‘Harry Potter and the Goblet of Fire,’ which was definitely a trap to let Harry into the reach of Voldemort, the innocent boy might not have met his end so early in the series. How was that even acceptable when Harry was just being generous so that both of them could emerge as the winners! The shocking incident of Cedric dying before Harry’s eyes ended up giving him nightmares for over a year.

Maybe an unexpected mention on the list, Hedwig wasn’t a character to be vocalised, but you will have to agree she was more than a pet to Harry. She was there with him in his tough times like a cuddly toy and those who have read the books just know how her silence came as a comfort to Harry. When Harry was being taken away to the Burrows during the ‘Battle of the Seven Potters,’ Hedwig died at the ends of a death eater while protecting Harry and Hagrid. The way that poor creature screeched and spiralled down to the ground like a stuffed animal was indeed very painful to watch for both Harry and the spectators. 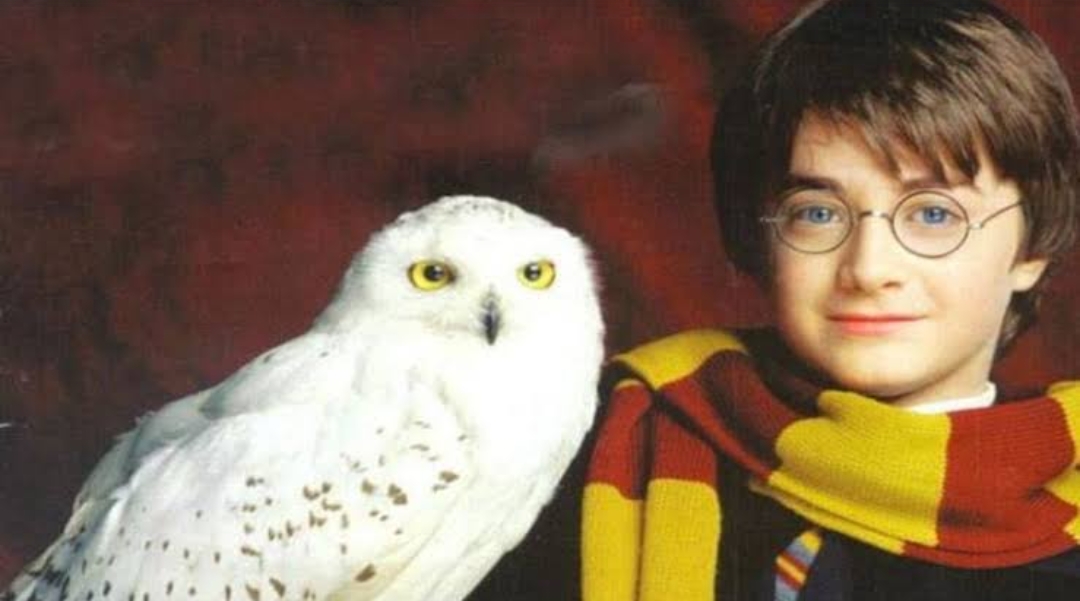 The reason why she was killed in ‘Harry Potter and the Deathly Hallows’ was, as stated by JK Rowling, to symbolise Harry’s childhood coming to an end. It would have been great if her death could have received a little more recognition since it was overshadowed by the downfall of Mad-Eye Moody who died in a similar manner on the same night.

This made all of us tear, did it not? None of us would have imagined that the death of Dobby would affect us at all, considering the fact that he was a mischief-maker when he was first introduced, who used to cause a lot of troubles to Harry. The one elf who absolutely adored Harry and helped him whenever he could, putting his own life at risk, Dobby’s death is indeed one of the most heart-wrenching ones in the series. Dobby had warned Harry about dangers numerous times when the Malfoys were his masters and even after he was freed by Harry. 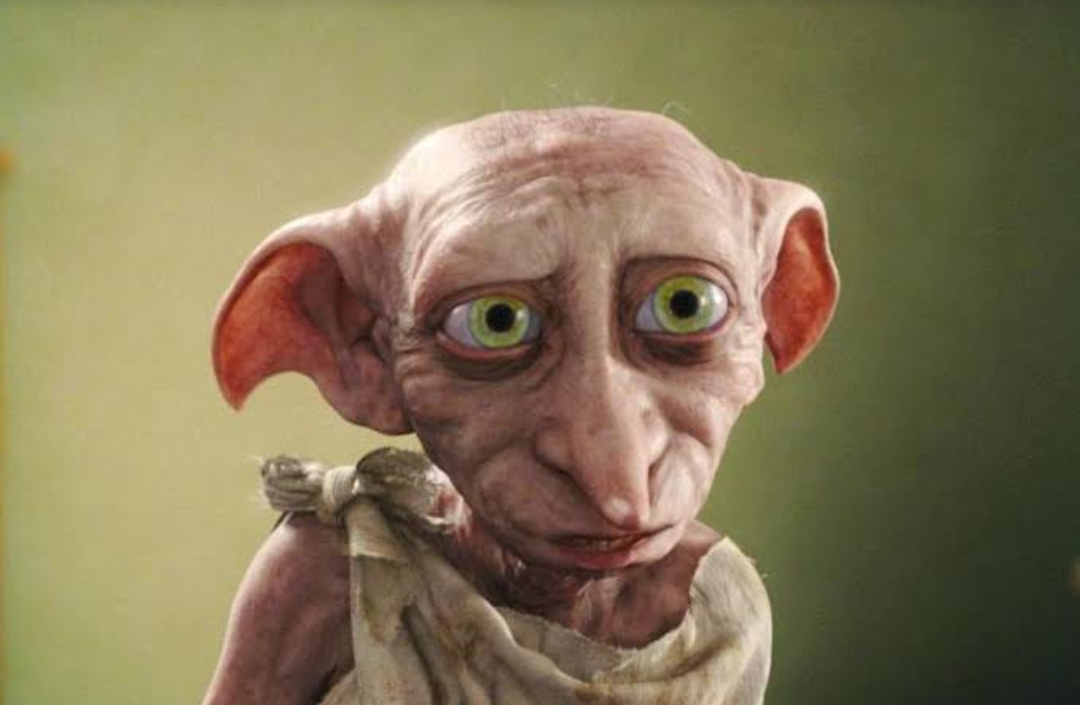 How polite and exceedingly loyal he was to him! Although he did not get a lot of screen time in the movies, his achievements were a lot more pronounced in the books, freeing the other house elves from servitude. When he sacrificed his life in ‘Harry Potter and the Deathly Hallows,’ in order to protect Harry and his friends, we knew we lost a gem.

Professor Moody first appeared in the movie ‘Harry Potter and the Goblet of Fire’ but practically speaking, it was not him but Barty Crouch Jr. in his place in disguise, while the real Mad-Eye Moody was locked up in a box. However, once he returned, he ended up becoming one of the most important members of the second Order of the Phoenix. He made Harry’s safety his top priority knowing fully well that he is the ‘chosen one’ and protected him at the cost of his own life. Not to mention how he lost one of his eyes, arms and legs while fighting Voldemort as a member of the original ‘Order of Phoenix’ and played a pivotal role in sending the Death Eaters in the prison of Azkaban after the war ended. He was blasted by the Dark Lord with a Killing curse in the ‘Battle of the Seven Potters’. Had it been not for his sacrifice, Harry could not have been transferred to the Burrows safely.

The man had been living a tough life ever since he turned five and died with a sad ending. He was turned into a werewolf and was forced to hide his true nature in front of everyone. Thanks to the three Marauders, James Potter, Sirius Black and Peter Pettigrew, who accepted him the way he was which ultimately made his life bearable while he was in Hogwarts. The character of Remus is very likeable as he was the most mature among his friends, had always been loyal and saw good in everybody and everything. He pushed away the people whom he loved and cared for their safety while living the life of a monster. 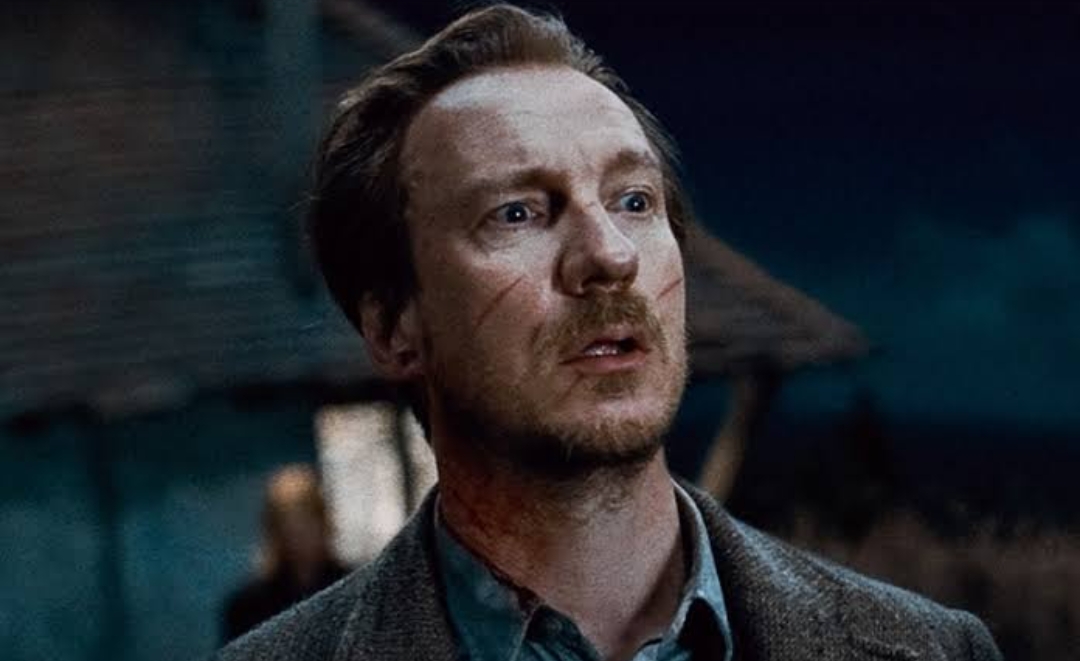 He served as Harry’s Defense Against the Dark Arts teacher and was like a friend as well as a father figure to Harry along with Sirius Black. Remus Lupin served as a member of the first Order of the Phoenix and participated in the Battle of Hogwarts as well, where he ended up dying along with his wife, Nymphadora Tonks.

The amount of screen time that Tonks’ character has received in the movies is very less but people have loved her presence in the books. A half-blood witch who later married Remus Lupin even though he was a werewolf, Nymphadora Tonks served as an Auror at the Ministry of Magic, under the guidance of Alastor Moody and fought in the Battle of Hogwarts as a member of the second Order of Phoenix. 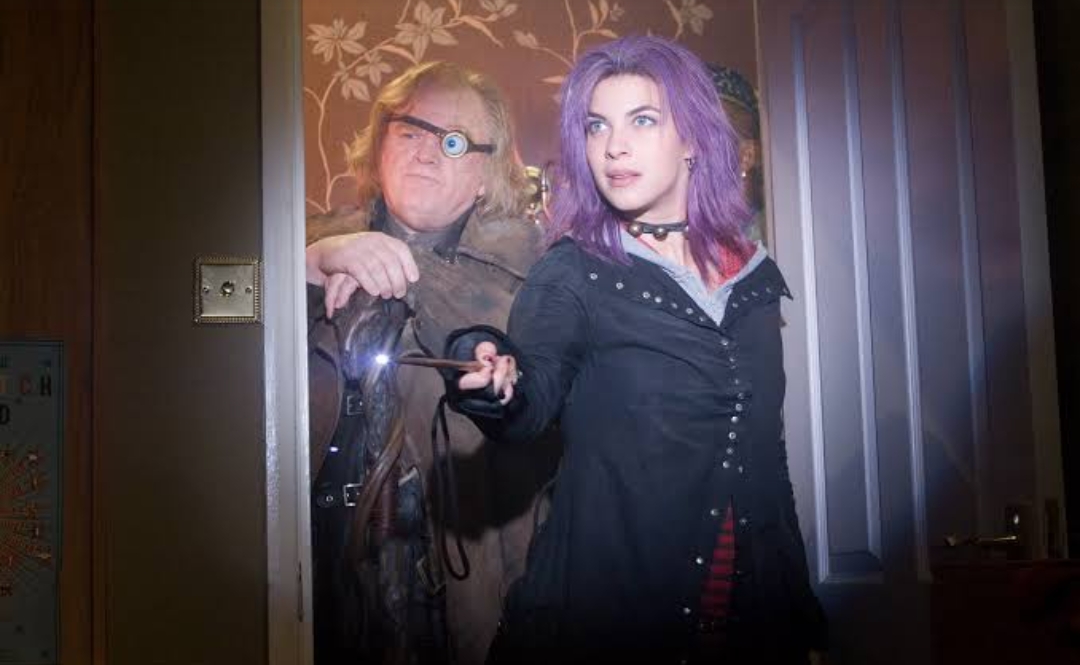 The death of Tonks was quite sad since it was not just her death, but shortly after her death, Lupin dies as well and both of them lay beside each other unable to spend their lives as parents to their young son. Moreover, she was killed by her maternal aunt, Bellatrix Lestrange, who was one of the blood sisters to Tonks’ mother. Satisfyingly, Molly Weasley took revenge for her death and killed Bellatrix when she was about to harm Ginny.

We didn’t see this coming, did we? Another young wizard of Hogwarts dying— that’s not all it meant. Fred is one of those characters whom we supposed to never be killed in the series. His death was too sudden for us to even anticipate it, but if we think deeply, he was one of the jovial twins and his death meant George spending his life without the other half. When this Weasley met his end in an explosion fighting along with his brother Percy, the readers as well as the spectators were indeed shaken. 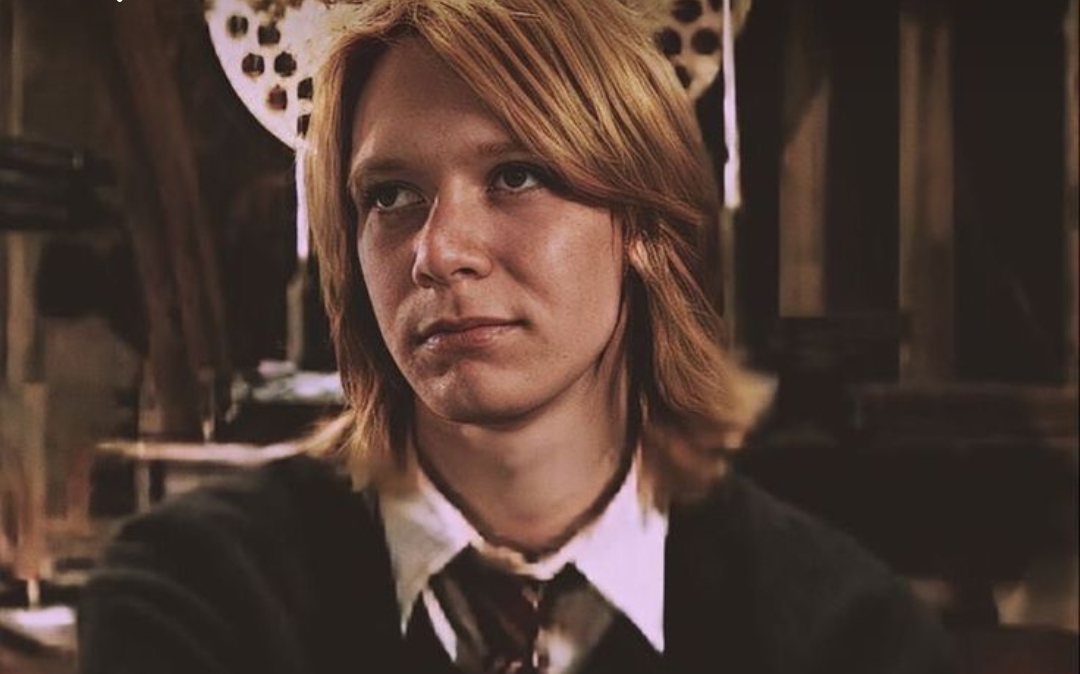 The character of both Fred and George were responsible for creating a comic effect and had always been interested in cracking jokes rather than fighting for real. The duo of trouble-makers of Hogwarts (in a fun and harmless way of course), the pranksters and popular for their good sense of humour, Fred and George indeed had a sad ending as JK Rowling stated how George could never get over his brother’s death.

Read: Movies Like Harry Potter You Need to Watch

Although Harry always had Dumbledore and Hagrid by his side as a mentor and a friend respectively, it was Sirius who was the closest person he could ever have as a father. The death of Sirius Black was terrifying for Harry since he was his godfather and perhaps his demise was sadder than the death of his own father, James Potter, with whom he hardly had any memories. Sirius Black was first introduced in the movie or book, ‘Harry Potter and the Prison of Azkaban’ as the man responsible for the death of Harry’s parents, but all of us know how he was framed by the wicked Peter Pettigrew. 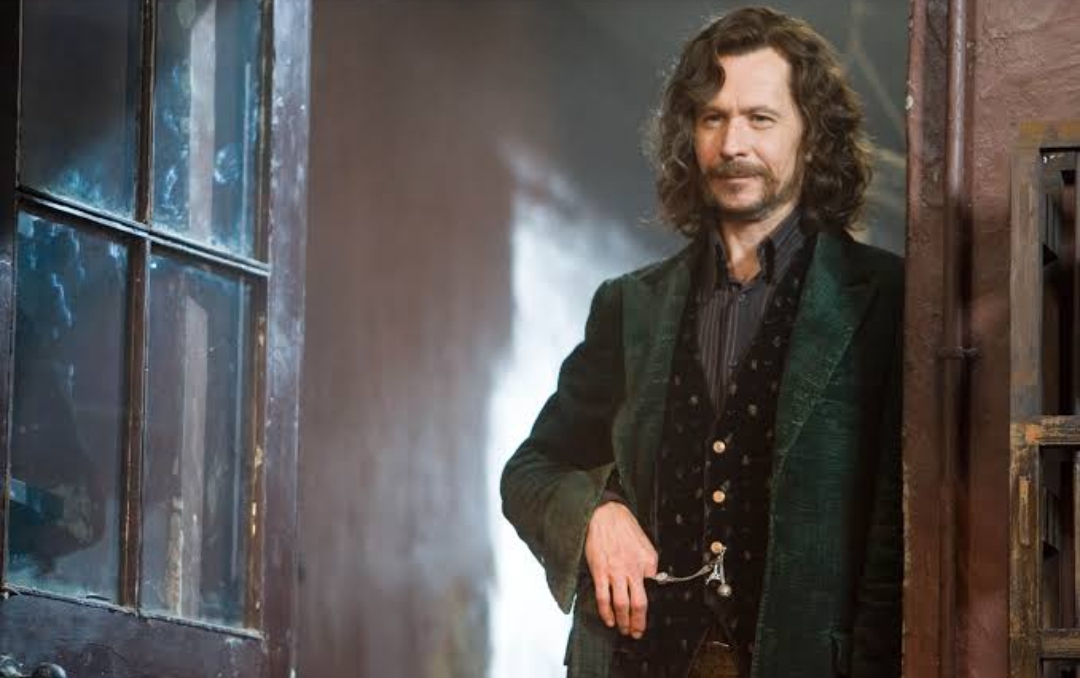 Sirius is perhaps the most unfortunate person in the whole series who had been suffering endlessly his entire life. He lost his brother, locked up for thirteen years in the prison of Azkaban being accused of his best friend’s death and before his innocence could have got proven, he was killed by Bellatrix Lestrange while protecting Harry.

Trust me, If I could time travel, I would have gone back in time to spoil myself with the backstory of Snape and ask myself to be understanding towards him. All he wanted was Lily’s love but life seemed to be a little too unfair to him. Snape’s death is arguably one of the saddest death of the entire series. In fact, his character is one of the darkest yet the most heartbreaking one. Since the very beginning of the series, Snape appeared to be evil and vindictive, treating Harry with contempt and even used to bully the students of other houses. Although it is hard to let go of the things that he did in the past, proving him to not be a ‘saint in disguise,’ his character ended up being what the fandom had never imagined. 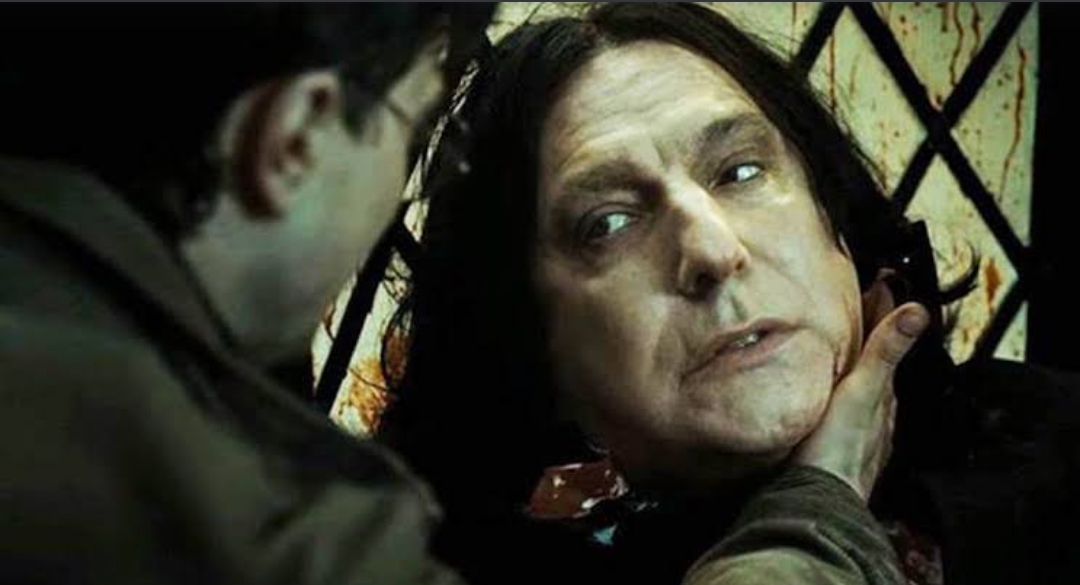 When he killed Dumbledore in ‘Harry Potter and the Half-Blood Prince,’ we were convinced that all along he was in Voldemort’s side and finally showed his true colours. But it turned out that all of these were the orders given by Albus Dumbledore who wanted him to win the favour of the Dark Lord. Snape willingly gave up his life in ‘Harry Potter and the Deathly Hallows II’ out of his love for Lily.

The entire book and movie of ‘Harry Potter and the Half-Blood Prince’ gave away hints that Dumbledore might die soon but when it actually happened, it was really hard to accept it. One of the most iconic wizards of the series, Albus Dumbledore was the Headmaster of Hogwarts and Harry’s mentor who played one of the most important roles in the demise of Voldemort. It was Dumbledore who left the young Harry at the doorstep of the Dursley’s and he knew it was the safest place for him. It was Dumbledore who was the mastermind behind all the plans that led to the downfall of the Dark Lord. It was him who stood as a pillar between Voldemort and the wizarding world. The one character that seemed invincible, and the only wizard whom Voldemort feared (remember the battle between both of them in ‘Harry Potter and the Order of Phoenix’), was Albus Dumbledore. 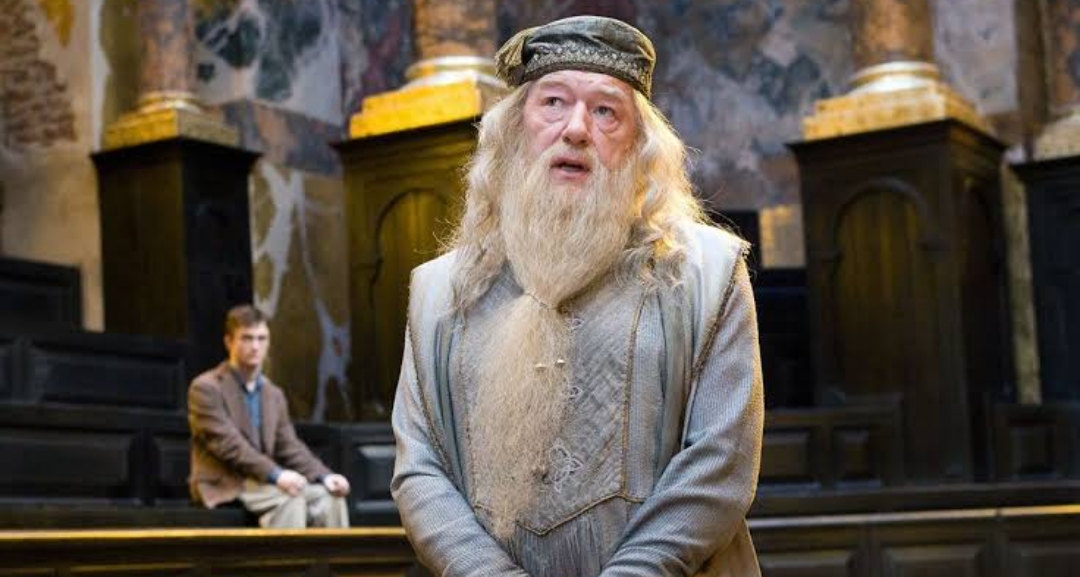 The second most heartbreaking scene in the entire Harry Potter series (the first one being Lily’s death in the arms of Snape), was the shot of Dumbledore falling after Snape used the Killing curse on him. However sad it may seem, his death was of extreme importance in the series as it provided Harry with the strength and determination to go ahead and beat Voldemort for once and all.