No sitcom is the perfect sitcom. Despite the huge fan base of ‘Friends,’ there are episodes that failed to impress the audience. It’s been more than two decades that Friends has been entertaining the audience. The six best friends have shown us the thick and thins of friendship. In this competitive world, if you have an “I’ll be there for you” friend, consider yourself lucky and watch the entire series with them.

The writers of the scripts are not perfect and sometimes can fail to analyze what will look good or bad on the screen. There are times when the script is dull and also the times when actors fail to give their hundred percent. The total 200 episodes cannot be good. There are sunny days, and then there are rainy ones. We have made the list of top 10 worst friends episodes. Go through the article and then watch these episodes at your own risk.

This is one of the weakest episodes of friends. What do you think is the reason behind it? Well, according to us, the episode failed because the entire focus was on rats. Who wants to see the rats while hoping to get laughter! Also, the creators wanted us to feel good about the romance between Rachel and Gavin just after she gave birth, while clearly there were sparks between Ross and Rachel at that time. There is actually nothing happening in the episode. It almost seems like the writers were not in a mood to write anything good. The episode has Sean Penn in the special appearance, but he could not save the episode as well. In the episode, Chandler hires a maid, and Monica starts suspecting her of the thievery, Rachel is searching for a place to live, and Phoebe is dating her sister’s ex-boyfriend. How could we get entertained by this plot! The episode revolves around a girl who has Monica’s credit card and takes the ballet classes from her money. Unfortunately, it seems like there was a failed attempt to make some scenes hilarious when they were just bland, such as when Rachel, Phoebe, and Monica went to ballet class and tried to dance. Monica unexpectedly befriends the thief. And it’s just us or you also never cared about marcel going away! Meanwhile, Joey was searching for his stage name. 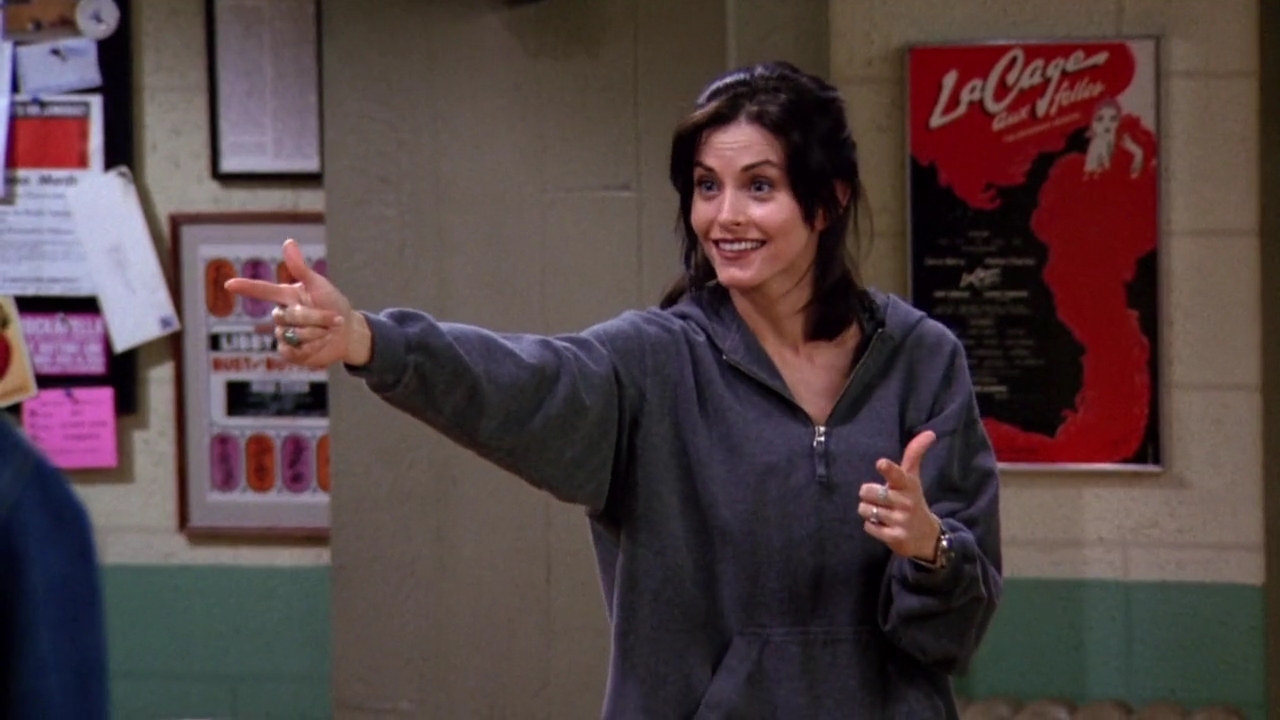 Not just the writing but the acting done by the characters was also average for this episode. Chandler and Monica invited a prospective candidate to donate sperm without even telling him. They asked him indirect questions about his health and judged him for the conditions he might have in the future. It is highly unexpected of them. In the other no one need it scene, Charlie overheard Rachel and Phoebe’s conversation, and then Rachel tells her that it is actually Phoebe who likes Joey. Another unexpected turn by the character! 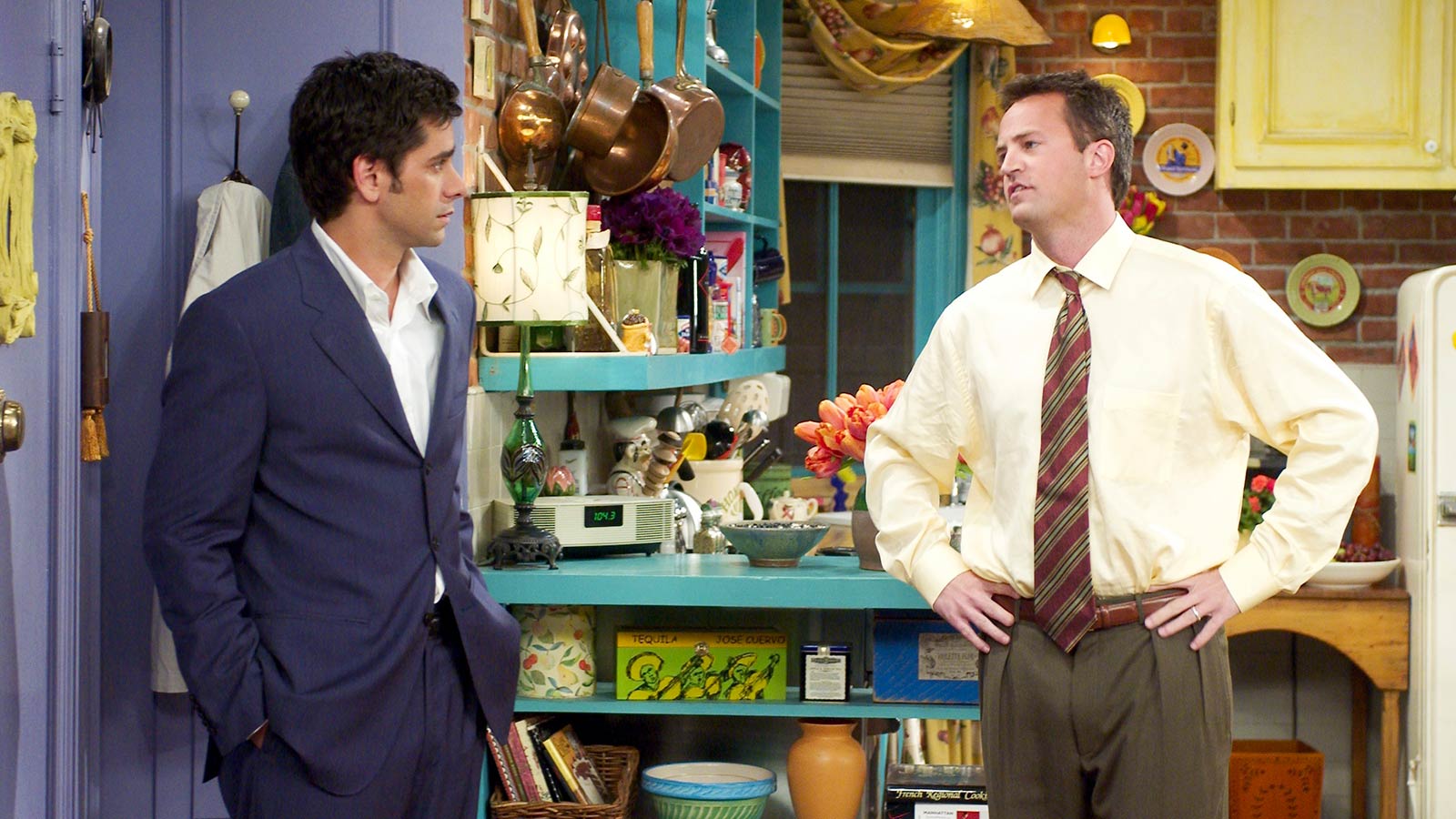 Maybe this episode suffers because there was so much going on. The audience is very patient, and they definitely do not want to know a lot of information at the same time. While Monica has to decide between her career and friendship with Phoebe, Rachel also did not get that deserving promotion. Something slightly off the story happens to characters and then we might want to get something funny. All the hopes were on the “big moment” that was about to come with Ross and Chandler’s ‘party animal friend’ who never came and with that broke the audience’s heart. 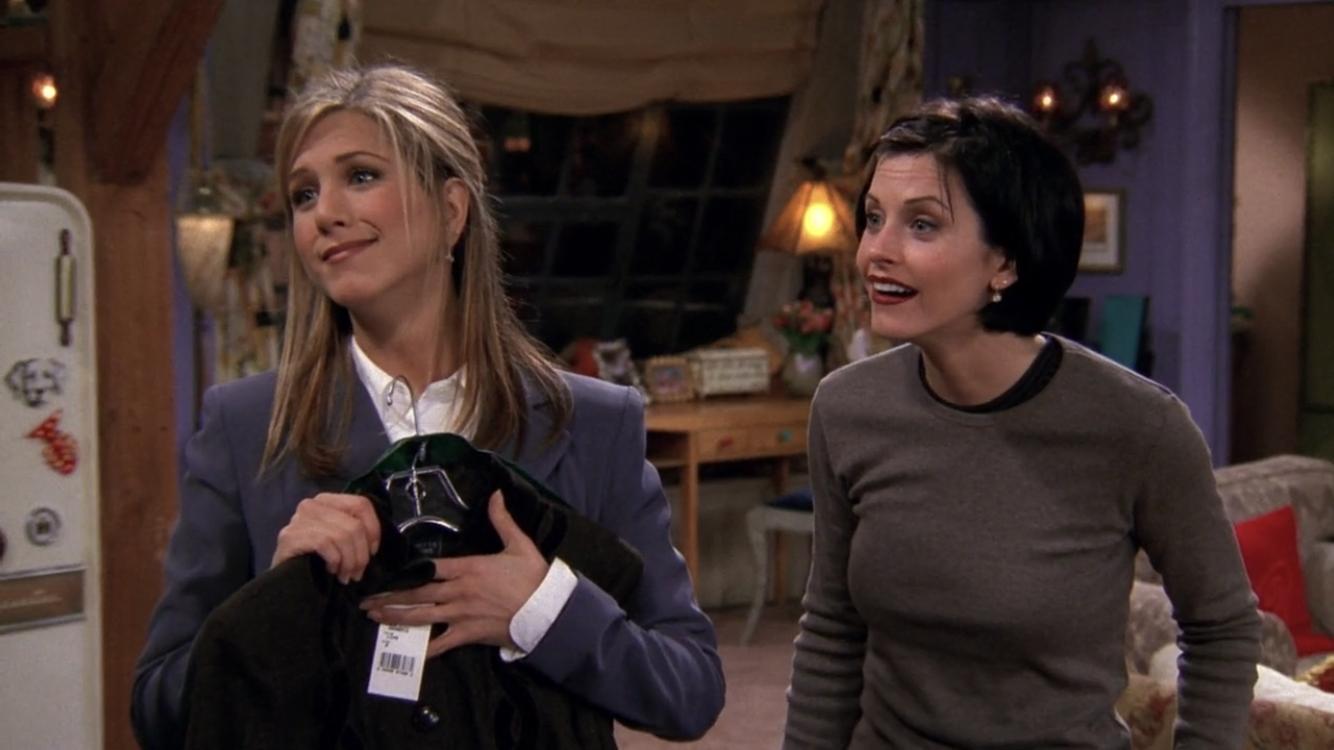 If we want to watch the previous episodes, we will simply watch the previous episodes. Why do they show us the compilation of old scenes! In the episode, Chandler and Monica write their vows and reflect on their lives together. It would have worked if this episode was not even in the existence. The fans know their story and do not wish to relive it. We want to see something new and not the repetition. 4. The One With The Evil Orthodontist (Season 1, Episode 20)

This is the episode of season 1 and surprisingly has nothing hilarious going on in it. Rachel went back to her ex-fiance, Barry behind his present-fiance back. Let us get it straight, Rachel and Barry cheat Mindy. This is seriously not cool of her! Chandler totally lost it when a girl did not call him after the date. That’s it, this is what basically is happening in the episode. Excuse me! But we want something else. 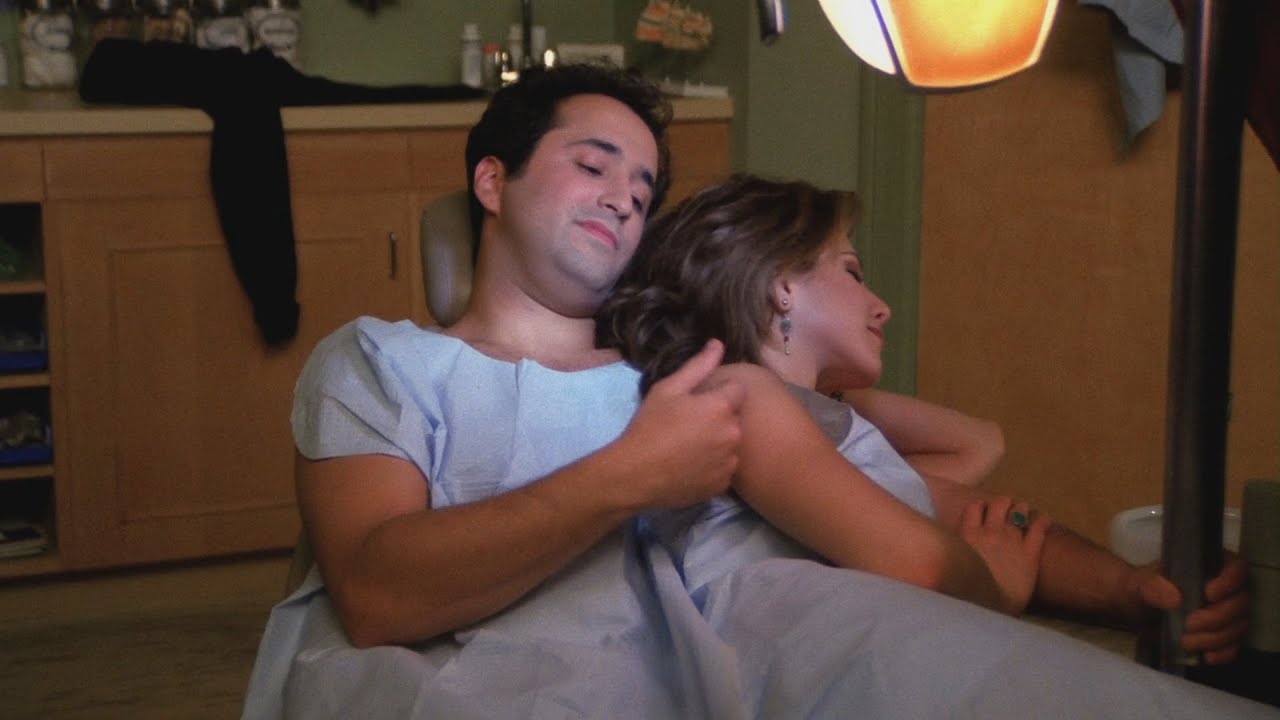 Dear creators, have you added fewer hardships in Phoebe’s life that there comes another. Her ex-partner who broke her heart before is back to do all that all over again. She sells one of the best creations by Phoebe, ‘Smelly Cat’ without even asking her. It should not have happened with ‘I always walk the path of principles’ Phoebe. This is one of the episodes that got written just for creating the drama before Rachel and Ross’s breakup. Chandler started dating the girl (Joey’s ex-girlfriend) with a prosthetic leg who then break up with Chandler over his third nipple. 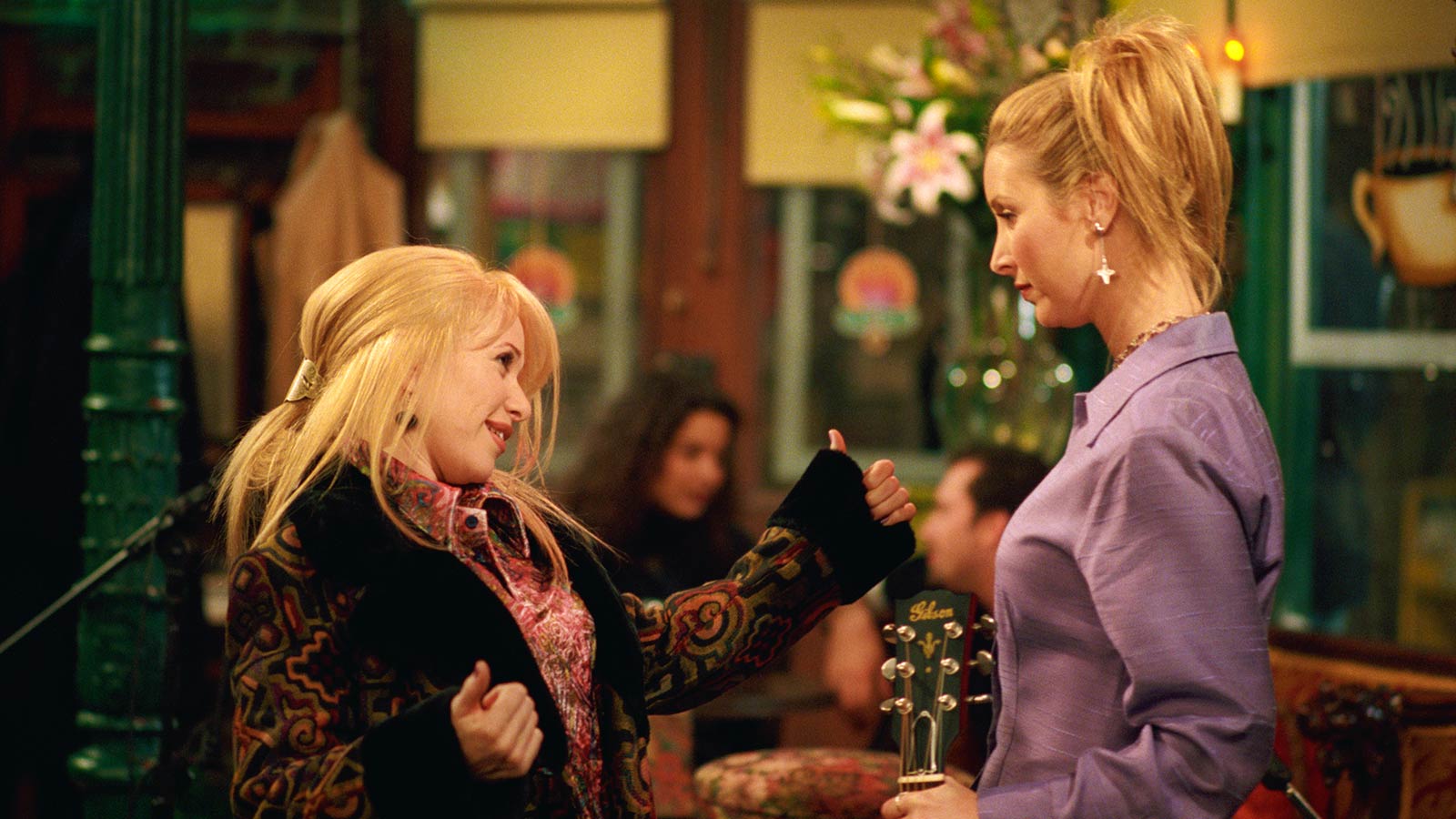 The filler episode yet again. In this episode, all the friends are helping Joey get on with the Soap Opera digest interview for which he will surely mess up. To be honest, there is nothing happening in the episode. It seems like the episode is a deliberate attempt to have the scenes where all the six characters are together. The other actor’s dialogs other than Joey were minimal. It would not make any difference if Ross, Rachel, Chandler, Phoebe, and Monica were not even there. 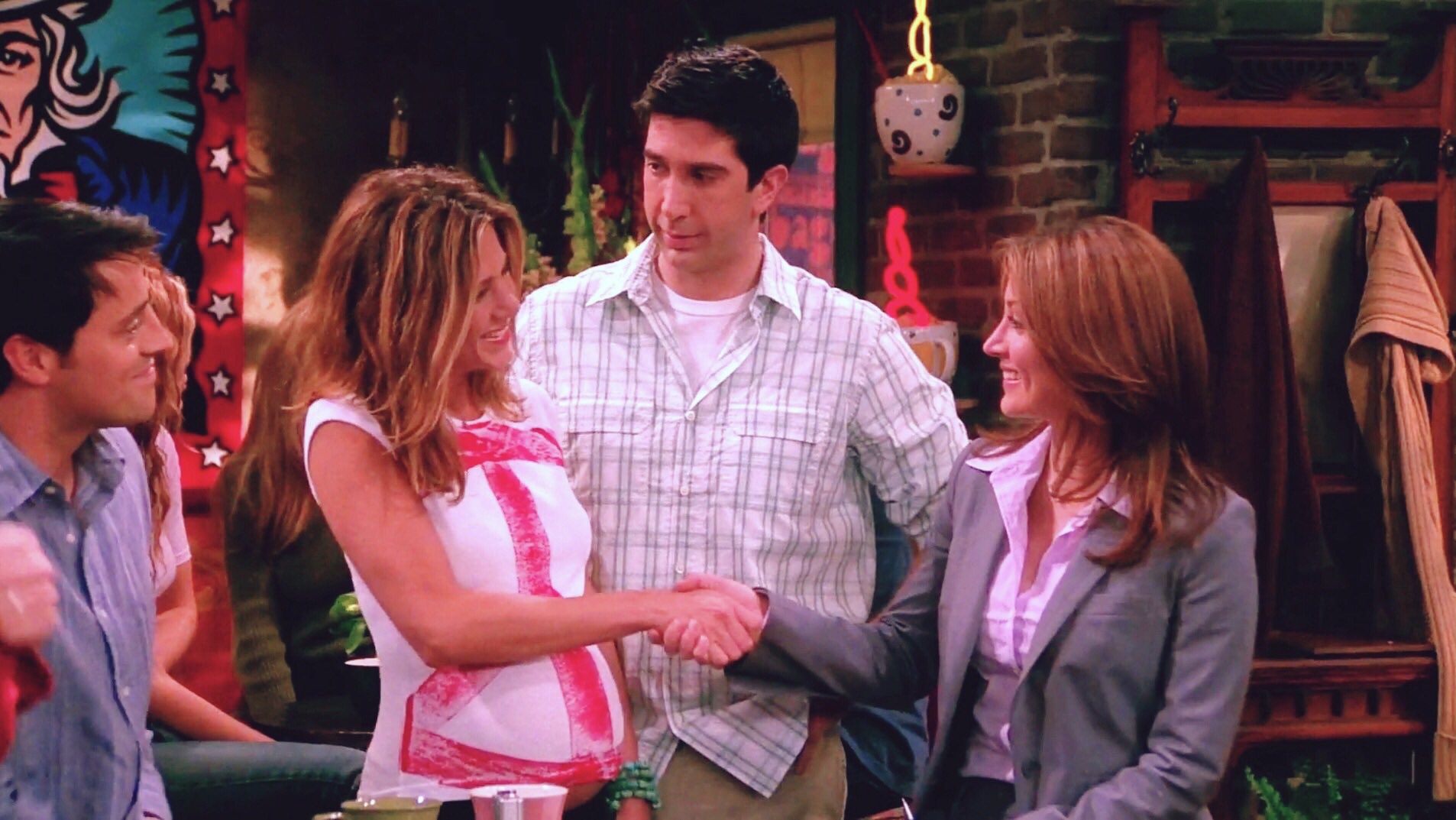 The episode is entirely centric on Ross’s dilemma of inviting or not inviting Rachel for his wedding to Emily. And who do writers think that compilation episodes are good? Ross is going to get married to Emily but reflects on his love story with Rachel. 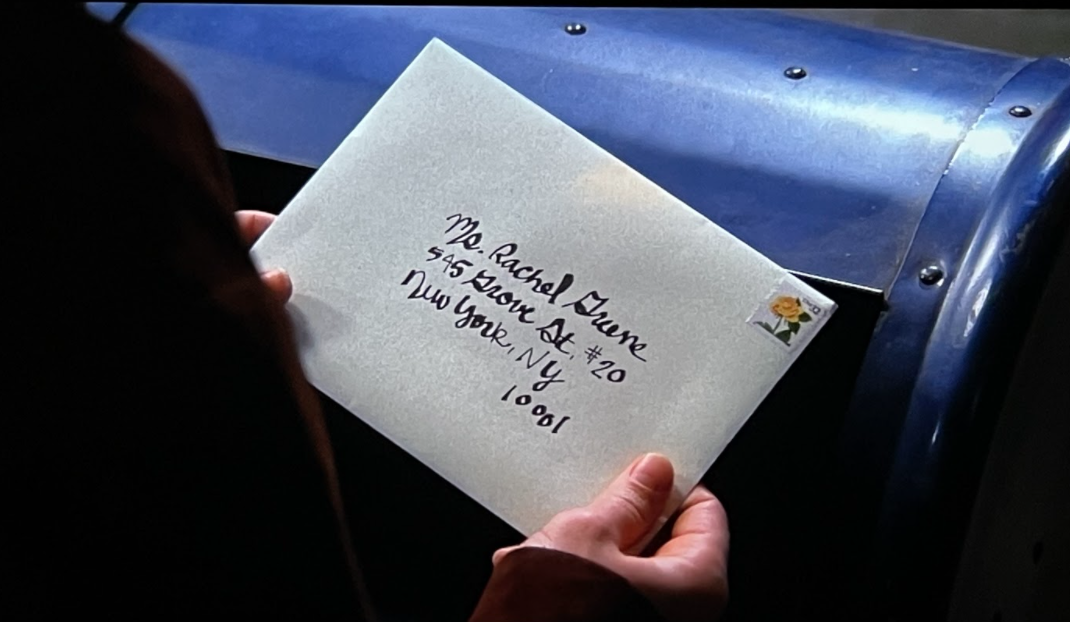 It is the total waste episode and that is why on the top position. Nothing else is happening in the episode that is worthy of mentioning in the article.