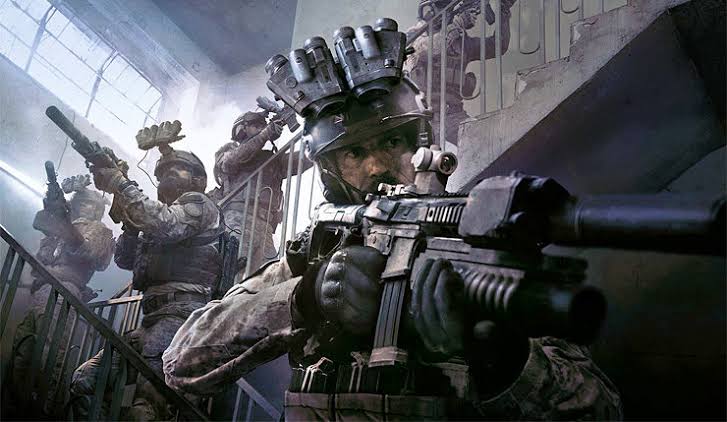 With the end of September and October arriving, we the gamer are heading into the busiest months of the year for the new games. As everyone knows that September to November is the time frame in which may big title games get released. Even though we know that there are going to be the new console generation in 2020, there are still some major titles to watch out for. This month’s game that all the gamers are looking forward to is without a doubt Call of Duty: Modern Warfare. In this list, we will be going over those that are worth watching out for.

We begin of our list with a game that is already been released but it is getting anew expansion which is non-other than Destiny 2: Shadowkeep. It is a new game but still, it is with watching out for as it is a major expansion for the game which is coming out on 1 October. This will be bringing new things to the game such as plenty of new content and changes both to the first-person shooter. Like this, we got Ghost Recon: Breakpoint, the latest entry in Ubisoft’s Ghost Recon franchise. That title will be coming to PC and consoles on the 4th.

These were the major release now let’s talk about some of the smaller games that are coming out. First is John Wick Hex which is a hex-based strategy game adaptation of the movie series, it is coming to PC on the 8th. There is another game that will be releasing on 8th which is Trine 4: The Nightmare Prince and Trine: Ultimate Collection is coming to all platforms that include the Switch. Moreover, the World of Warcraft 15th Anniversary Collector’s Edition is also out on the 8th.

The first game that will be releasing in this time frame is Frostpunk which will be getting a console edition on the 11th and then DayZ will be getting a console retail edition on the 15th. Also, on 15th Disco Elysium will be available which is an open-world detective RPG from ZA/UM. Moreover, it has been described as one of the most original RPGs in years, this could be one of the standout hits of this month. Furthermore, Overwatch as well as Witcher 3: Wild Hunt will be making their way to the Switch. On 18th Nintendo is releasing Ring Fit Adventure which is a new fitness game for the Switch which features a new “Ring-Con” accessory.

At the end of October, WWE 2k20 will be coming to PC as well as consoles on 22. Last but not least is one of the biggest launches of the year which is Call of Duty: Modern Warfare. Some other title that will be releasing on PS4 is the remake of MediEvil. The Outer Worlds on the 25th, a game that RPG fans should certainly watch out for. As for the Switch, it will be getting Resident
Evil 5 and on 6 it will get Luigi’s Mansion 3, the first new entry in that series since 2013.