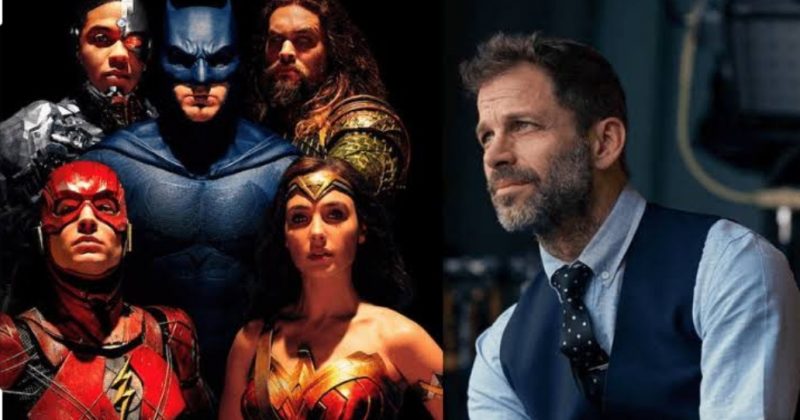 Justice League was released almost two years ago, and people are still curious about Snyder Cut. Director Zack Snyder faced a family tragedy and drew back the project. Joss Whedon conducted some reshoots and said that there would be minor alternations to Snyder’s original version. However, it is revealed that the story has been drastically transformed and got rewritten.

Fans could be seen making petitions and urged to release the orginal version of Snyder. The petition grew to reach 180,000 signatures. Fans began to combine behind the scenes and deleted scenes of the movie to find out how the movie will appear. What came out was a whole different movie.

DC revealed the supervillain Darkside, which made the leaks more drastic. A number of major characters are eliminated entirely. However, Zack Snyder showed up himself and revealed something new about his version of the movie.

Fans were very supportive and raised money for big publicity at comic con. They raised an amount of over $110,000 in the name of Autumn, Snyder’s daughter. It seems like fans have started a movement with #ReleaseTheSnyderCut.

Fans also complain about why the team is not focusing on Snyder’s Cut even though fans are shouting for it louder than ever.

Avengers have proved to be having all the success as they brought the Infinity Saga to close with Avengers: endgame. However, we cannot deny that DC has been better when we talk about comic books. Another thing special about DC is that the main characters of the Justice League, Batman, Superman, and Wonder Woman has had a number of animated series.

Justice League was supposed to be a great movie as it was DC’s first cinematic version. The budget was $275, and it was a response to MCU.

The crew mentioned that it abided by Zack Snyder’s vision, however, showed no symptoms of the same. Warner Bros also showed no sign of releasing the movie, Snyder’s Cut.

However, Snyder’s cut is still there as an archive, we don’t know how much it is completed, but it does exist in some relevant form.

Superman’s Donner cut was left with its principal photography as far along as Justice League was out; however, Snyder was done with 100% of the photography six months post-production, so it is expected that we might see it soon.

There are lots of claims of the existence of Snyder’s Cut, whereas, fans and journalists still insist that it doesn’t. It would be easy to believe them if the evidence told otherwise.

There are pieces of puzzles that point out towards the existence of Snyder’s cut since Justice League was released, Snyder has confirmed it himself as well.

The main reason why fans can’t give up talking about Snyder’s Cut is Zack Snyder. People’s opinions on him are positive as well as negatives. Some people appreciate his hypervisual and storytelling concepts, while others find it to be too messy without a focus. Some also question the quality of his movies.

Everyone might not love his movies, but we cannot deny his movies are very influential. So there always remains something special about his movies.

Other directors have tried to replicate his concepts but have failed as people can easily identify how a Snyder movie looks like. The demand for Snyder’s Cut is reaching its peak, and Warner Bros should definitely think about addressing its release.