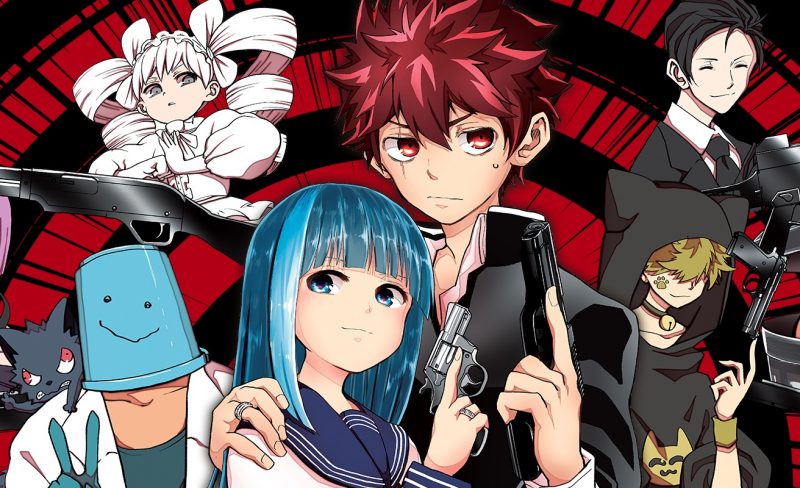 In the latest chapter of Mission: Yozakura Futaba completes his mission, pointing out that Taiyo belongs to him as he took down all his enemies. He then sets out for Taiyo as he held out his wanted poster sating that he will be arriving soon. Meanwhile, Taiyo and Mutsumi were having lunch at school when Taiyo was suddenly attacked by the manhunter spy, Ayaka Kirisaki. Ayaka then revealed that someone put a $100 000 bounty on him in the underworld. This resulted in a lot of people going after Taiyo as Ayaka revealed that she took out several of them as Taiyo was only hers for the killing.

Ayaka then trapped Taiyo with her poisonous needles and told him that if he survives, she will see him in class. When he finally made it out, she spent the rest of the day trying to hit him with her poisonous needles. She even set traps for him in places hed hardly expect only for Taiyo to end up evading all of them. She finally resorted to manipulating the entire class into capturing Taiyo by using one of her poisons on them. Mutsumi then intervened and rescued Taiyo only for another spy to attack them, Taiyo then shot him out through the window neutralizing the tension that was built up in the class as the Chapter came to an end with more spies that could be coming for Taiyo’s bounty.

The Manga is about Taiyo Asano who could only talk to his childhood friend Mutsumi Yozakura as he is very shy to talk to others, he later found out that Mutsumi is the daughter of the most renowned spy family. Mutsumi is always bothered by her overprotective brother, Kyoichhiro, who she finds to be a nightmare as he constantly harasses her. Taiyo then set out to save Mutsumi from her nightmare of a family in this comedy and action-packed storyline.

Mission: Yozakura Family airs on Sundays in Viz Media’s official websites and all its subsidiaries. Chapter 16 of the Manga is scheduled for release on the 8th December 2019 together with the weekly magazine. The manga began its serialization from August 2019, and its been running on Shonen Jump.