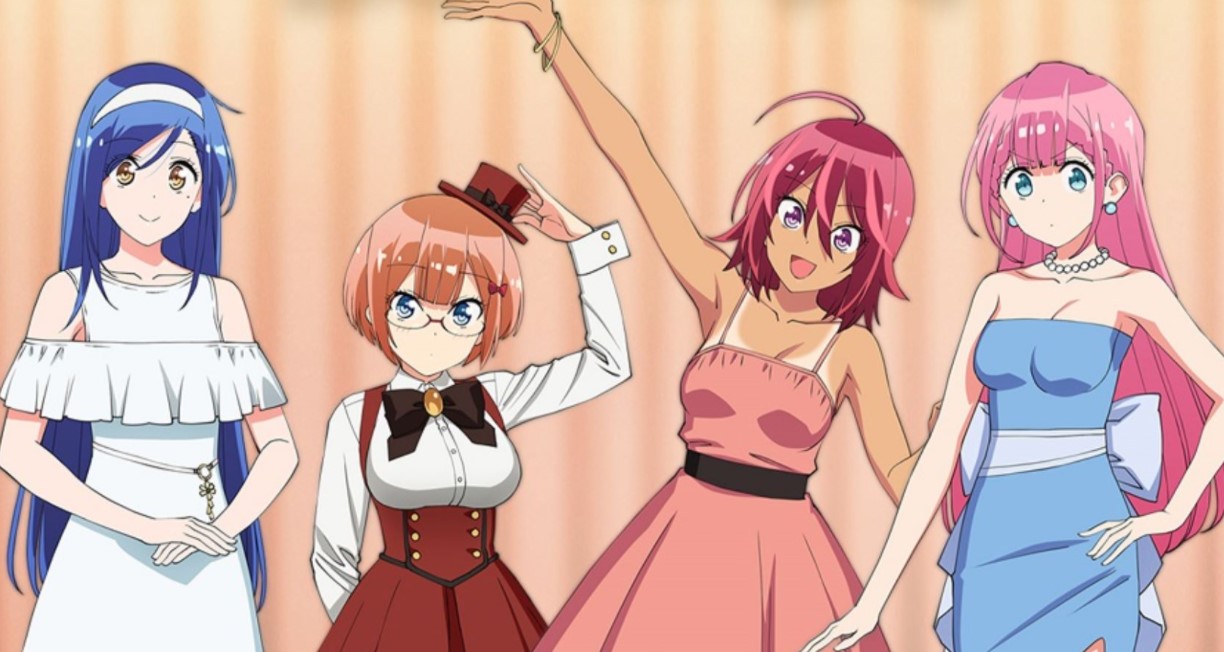 Mafuyu keeps on thinking about Nariyuki asking herself when did she fall in love with him. It happened several months ago and she is wondering what’s become of them after that. Nariyuki shows up at the office and she told him to be careful with his work and he apologizes. Mafuyu is looking at Nariyuki thinking about how she likes him and she concludes that he is her student and younger than her. Mafuyu thinks if it is possible for her to cross the line and be with him.

She got an amusement park ticket for two and started wondering if she should invite him. The students advise her to do so since it is a gift to her. Mafuyu thanks them for an early present Christmas present. Since she is hesitating to invite Nariyuki they ask her how will she feel if he goes with someone. They also told her to be honest with herself and she got confuses saying it is not that kind of relationship they share. Mafuyu finds a way of inviting Nariyuki by telling him that she taking Natsumi to the amusement park he can come if he wants.

Previously on We Never Learn Chapter 185

The two went there and Nariyuki is glad that the amusement park brings back some old memories. Mafuyu hopes that Nariyuki won’t get the wrong ideas and Nariyuki glares at her. She asks him why and he replies that she is looking beautiful in casual clothes. She blushes thinking that he is forbidden to say such things and they went to enjoy riding the roller coaster. After they finish with the roller-coaster she was trembling since it was her first time and he holds her asking her if she is okay.

She replies that she is okay asking what next activity they should participate in. She realizes that the roller coaster has always been scary to her. They both visited a ghost house and Mafuyu pretend as if she is not afraid. She calls the ghost to come and she is a grown woman and she know s that when Nariyuki gets spook she will be scared to death. The ghost notice that Mafuyu is super scary and decided not to go out. They both ended up got spooked and runs outside while breathing heavily.

Later the two got separated and Mafuyu thinks that Nariyuki is bored. He is better with someone else and there is an age gap between them. She said that when she saw him with another girl and he accidentally touche her chest like two lovers who are romancing. Later she went and apologized after noticing that Nariyuki was helping the girl to take a photo with her boyfriend. While they are speaking out their hearts Nariyuki looks at something and ends up saying but you know I love…

Mafuyu replies yes me too without knowing what he is talking about. Mafuyu decided to confess and she told her how she loves him and she didn’t care about the age gap or anything. After being touched by her words Nariyuki shed tears and hugs her so tight then also confesses his feelings.

Read We Never Learn available on VIZ Media and Shueisha’s Manga plus official platforms. Raw scans for new chapters are released 2-3 days before their respective chapters are published. To support the Manga creators and publishers, we advise you to read the digital copies from their official websites and apps.