In the past few months, along with some adrenaline for the upcoming Snyder Cut Of Justice League, there have been serious issues for the DC Comics off-screen. Warner Bros. Ray Fisher, who played the role of Cyborg in the DCEU earlier in 2020, claimed via Twitter that after Joss Whedon took over the position of directing the theatrical cut of Justice League from Zack Snyder, Whedon misbehaved on the sets with the cast and crew and was enabled by the Jon Berg, the Warner Bros. co-president of production and Geoff Johns, the chief creative officer. The tweet struck the internet to the core, with DC Comics and Warner Bros. left in a position to answer. Thus, a full-scale investigation was carried out by Warner Media where many crew members were questioned and gave testimony, including Gal Gadot, who plays the role of Wonder Woman in DC’s Justice League.

Though Warner media recently a few weeks ago announced that they had taken remedial action for the case, a new tweet from the Cyborg playing Actor came out on the internet again where Ray Fisher slammed DC President Walter Hamda for being the most dangerous enabler and how the Warner Media failed to underly the real issue of the case.

Here we are, breaking down everything that has happened so far.

Ray Fisher On The Mistreatment By Joss Whedon 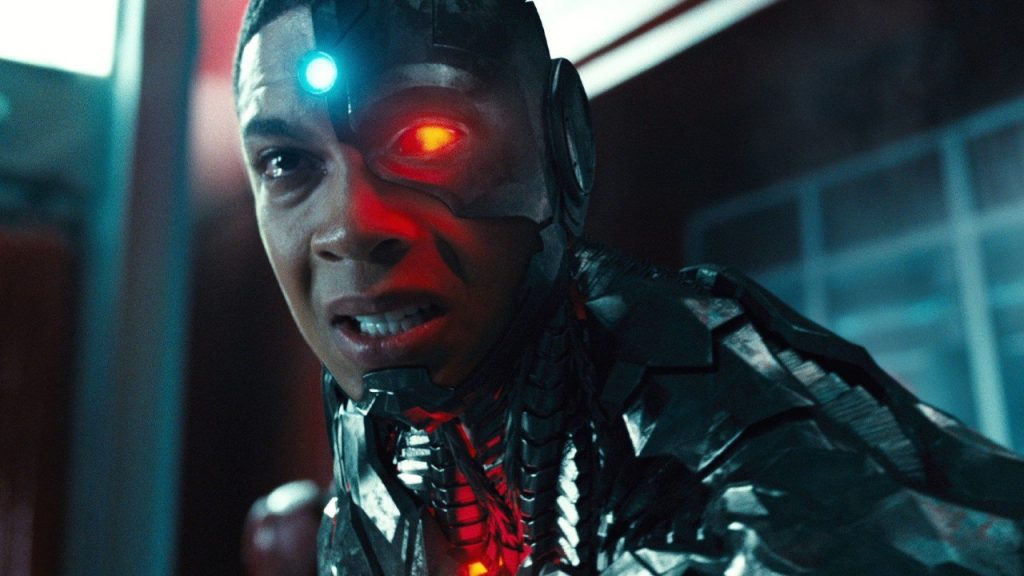 It all started with Ray Fisher opening-up and tweeting about Joss Whedon’s mistreatment of the Justice League sets. The tweet that was posted by Ray Fisher on the 1st of July 2020 dubbed Joss Whedon’s behavior on sets as “gross,” “abusive,” “unprofessional,” and “completely unacceptable.” In the same tweet, Ray Fisher also claimed that Jon Berg and Geoff Johns enabled Joss Whedon. The tweet was followed by a full-scale investigation by Warner Media to look into the actor’s claims. Joss Whedon had to abruptly leave “The Nevers,” an upcoming sci-fi show, and it all summed up that Ray Fisher has completely exposed Joss Whedon.

From the overall investigation carried out by Warner Media, not many cast and crew members were vocal. Jason Mamoa, who acted in the role of Aquaman, and Gal Gadot, who acted in Wonder Woman’s role for “Justice League,” came out and supported Ray Fisher. In an interview, the Wonder Woman actress claimed that she had given testimony in the Warner Media Investigation and revealed that she had her own experience with Joss Whedon, which was not the best and was later solved internally. Gal Gadot stated that she wasn’t with the other main cast members when reshoots were done, so she doesn’t know exactly what went wrong with Ray Fisher but appreciates him for speaking out that helped her open about the issues of her own. The actress further stated that she hopes whatever Warner Media takes decision would be best for everyone.

Warner Media concluded its investigation on 11th of December 2020 by stating that they have looked into Ray Fisher’s claims and have taken “remedial action” necessary but declined to provide further details on what went down. 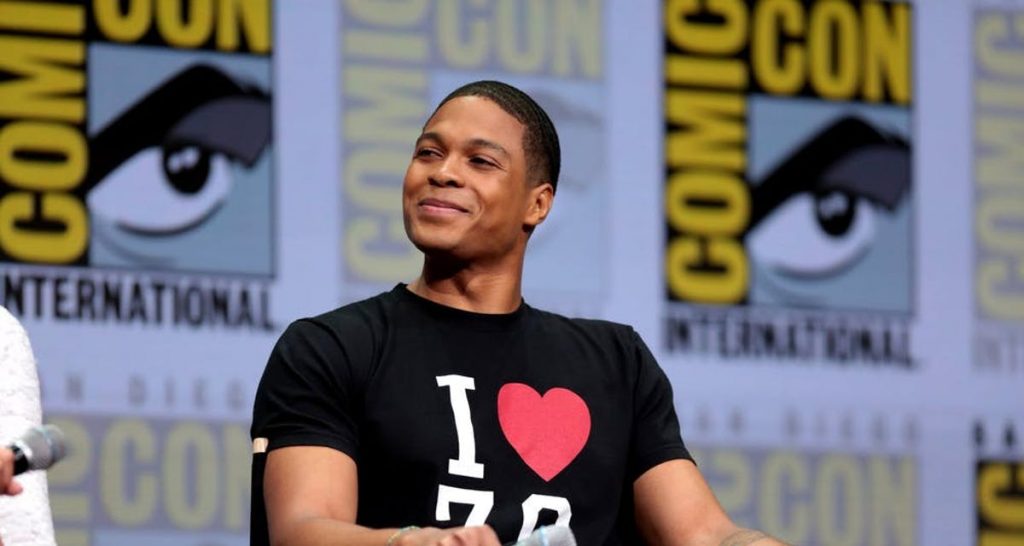 On the 30th of December 2020, a new tweet from Ray Fisher claimed that DC President Walter Hamada is the most dangerous enabler. Warner Bros. PR Team failed with their statement issued on 4th September and could not sort the real underlying issue. Ray Fisher further declared in the same tweet that he will no longer participate in any of the DC Movies or work with Walter Hamada and has also tagged an article from the New York Times where Walter Hamada has spoken about the future superhero movies. Before looking into the latest tweet, we should first take notes and not forget that Walter Hamda was not the president for DC during Justice League‘s reshoots were carried out with Fisher and Whedon working together. Walter Hamda, at that time, was an executive for New Line Media, arrived as the DC President after the release of the theatrical cut of Justice League.

Walter Hamada is the most dangerous kind of enabler.

I will not participate in any production associated with him.

When Ray Fisher in the above tweet talked about the 4th September hit-piece by Warner Media, he referred to the lengthy statement by Warner Bros. responding to the claims made by Ray Fisher. The statement read that Ray Fisher’s representatives had asked to talk to Walter Hamada about his issues during the shoot of Justice League. The two had previously spoken when the Cyborg actor was asked to reprise his role for The Flash movie and the other Justice League members.

The statement further read that in the same conversation, Ray Fisher raised the issues he had on the sets and disagreements he had with the portrayal of his character Cyborg. Fisher had also complained that his suggested scripts were not used in the movie’s revisions, to which Walter Hamda replied that creative differences are part of the process and the writer or the director has the right to take charge of these matters.

Most importantly, the statement claimed that Mr. Hamda had told Ray Fisher that his concerns would be taken to Warner Media to investigate. Previously, Fisher claimed that Walter Hamda had asked him to relent on with Geoff Johns by Hamada throwing Joss Whedon and Jon Berg under the bus. The statement provided by Warner Media addressed the claim. It stated that Mr. Hamada has never claimed to throw anyone under the bus, thus marking the statement as a false accusation. 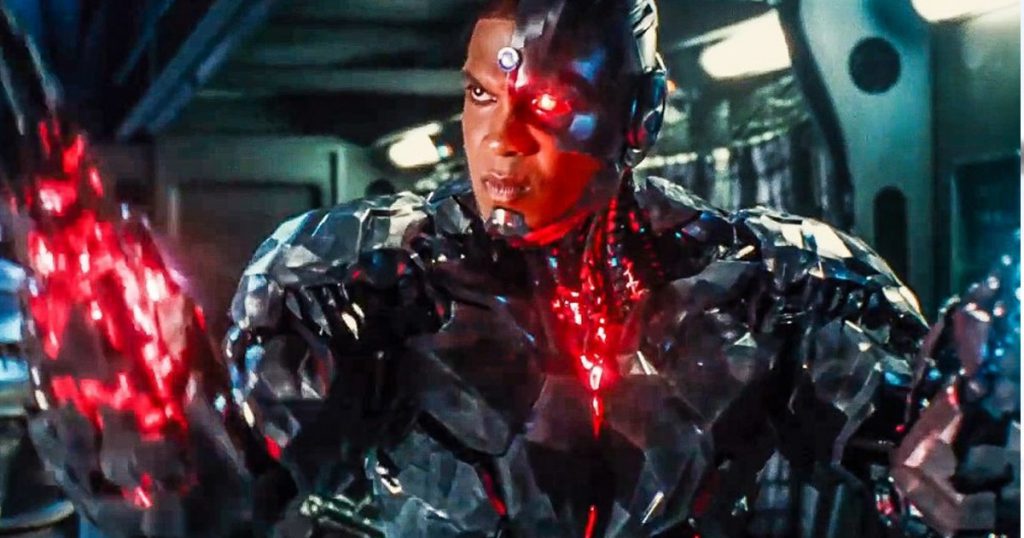 Warner Media’s statement further claimed that Ray Fisher even insisted on having a third-party investigator, but even after the investigator’s multiple attempts to get in touch with Mr. Fisher, the Cyborg actor has declined to speak up on his concerns. Warner Media further claimed that Warner Bros. is committed to every cast and crew member’s well-being, along with investigating the specific and credible allegation of misconduct that Ray Fisher failed to provide.

In another interview with Forbes, Ray Fisher showed signs of racial issues during the reshoot of Justice League. Even after several public statements, Ray Fisher has declined to speak about what exactly went wrong on the Justice League sets and what kind of misconduct he has been speaking out about.

Related: How Jared Leto’s Joker is a Part of Justice League’s Directors Cut!

Ray Fisher has been extensively involved with the upcoming Zack Snyder Cut of 2017’s Justice League. Fisher has delivered all the reshoots required to replace Joss Whedon’s and claimed that only one good shot from Zack Snyder’s original version made it into the movie’s theatrical cut. The Cyborg actor was seen during the DC FanDome panel and was also in talks to reprise his role and the other Justice League members in the upcoming “The Flash” movie. Still, Fisher’s involvement seems to be scrapped now as he has officially announced that he won’t work with DC President Walter Hamda or in any future DC projects.

For more updates on the ongoing controversy between Ray Fisher and his mistreatment on the sets of Justice League, stay tuned.