The One Piece anime was on a two-week break recently due to the holidays, but the break time is over now, and this week, we’ll return to the intense action going on in the Mirror World. As you all may know already, Luffy is fighting Katakuri there, and he’s trying his best to keep up with him. Although it has been an uphill battle for Luffy, he still will not admit defeat, which is admirable.

Luffy has promised to surpass the man with the bounty of 1 Billion Berries, and he’s going to do it without fail. But what turn will the fight be taking in the next episode of One Piece? Let’s get right into it.

Monkey D Luffy finally awakened his ability to look into the future slightly in the previous episode, but that still didn’t give him the edge that he needed to match Katakuri. He is way inferior to Katakuri in every aspect, but now, he can actually fight him if he manages to go Gear 4. 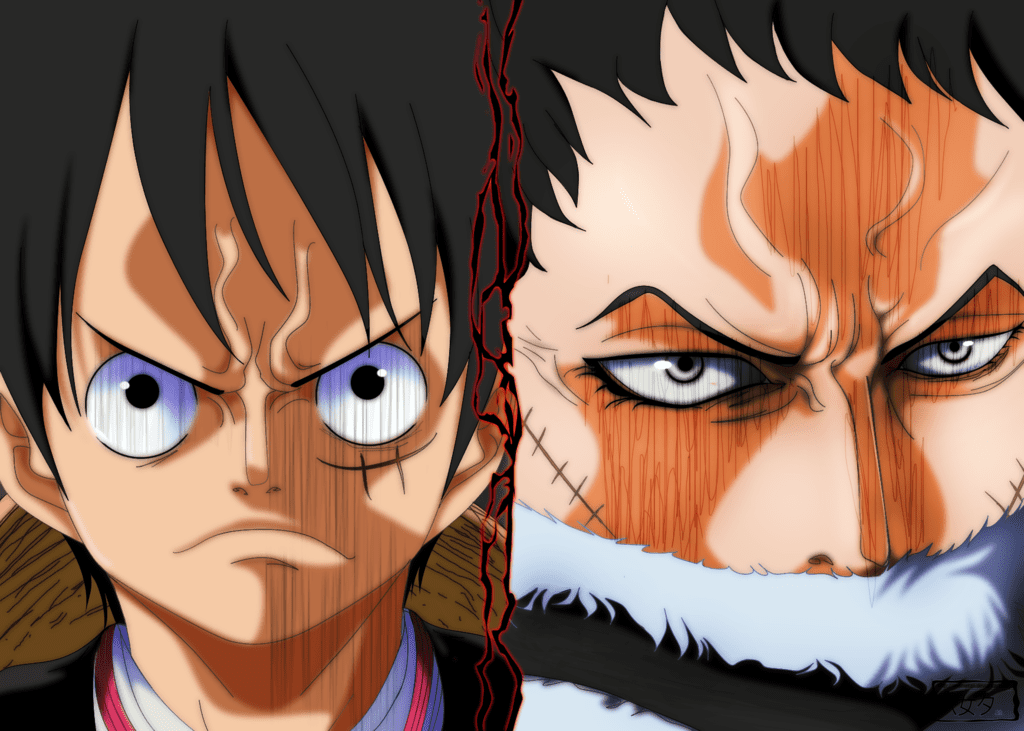 As Luffy begins to fight back a bit better, Charlotte Falmpe makes her move. She’s been aiming to hit Luffy with her needle for a long time now, and this time around, she succeeds at hitting Luffy.

Just as Luffy is about to dodge Katakuri’s Mochi Thrust from the Mogura, his leg wobbles due to the dart, and he gets hit. Luffy takes a very serious injury to his gut. Katakuri soon realizes what happened and that he took advantage of a handicap that Luffy was facing to gain the upper-hand. He instantly starts screaming at Flampe and even reveals his true face to everyone, who then start hating on him immediately.

They don’t like the way Charlotte Katakuri actually looks. Katakuri chooses to ignore this and goes right back to Luffy. He picks his trident up and gives himself the same injury to even the fight once again. This is an act of respect from Katakuri to Luffy. Luffy earns his respect, and now he decides to fight him hand-to-hand.