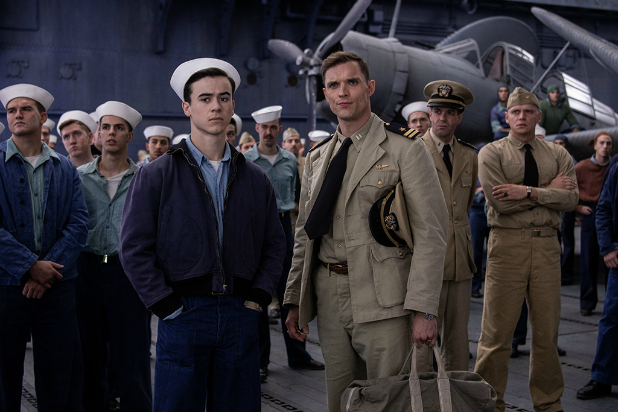 If you are bored with animation and childish films, then it is time to see a true military movie on the screen. It is a fantastic story to be out on the big screen with its links with the horrors of World War II. It is an ambitious Lionsgate movie which will be out on DVD and Blu-ray. The movie is a must-watch for the lovers of the 2001 movie Pearl Harbor. Didn’t it bring the sense of ghastly war on board? That’s the feeling which the film will carry forward to.

The purpose of the film is to showcase the horrors of war, and the loss of life it brings with, which will help the society to understand how important it is to shun warfare and adopt peace.

As far as the critic’s ratings are concerned, the Rotten Tomatoes has given a “rotten” rating of 41% to this film though the audience has acclaimed the film with a whopping 91% ratings.

What is in Midway Storyline?

The military movie, Midway narrates the story of the Battle of Midway in June 1942. The movie displays in detail the four days of a skirmish between the troops of the United States (US) and Japan during World War II. The movie can be best described as the aftermath of Pearl Harbor in fictional form.

When is Midway DVD, Blu-ray, and Digital update?

The military movie, Midway is likely to be released on DVD and Blu-ray around February 11, 2020. If you are waiting for the Digital copy of the cinema, then you may get it two weeks before the DVD release.

You may also get your Amazon Video Copy around the end of January.