Searchlight Schedules Release Dates For Its Four Top Movies In 2021! Find Out More About The Films Releasing In 2021 by The Studios!

by Rahul Shinde
in News
0

Well, the pandemic saw the entertainment business going through lots of ups and downs for the whole year of 2020, and it still kind of continues here in 2021. While the streaming services have gained millions of views and critical acclaim for their original movies and shows, the studios were still not able to bring out some of the newer stuff as promised for the coming year due to several projects being shifted, delayed, or sometimes even canceled which have broken many hearts of the audience. As things are improving slowly and steadily, 2021 will see some of the movies getting back into business as Warner Bros. are planning to slate all their movies for theatre release as well as an HBO Max release whereas, on the other hand, Netflix is also planning to drop 70 original films on their OTT Platform this year.

Directed by David Brucker, who is known for co-directing The Signal and VHS’s Amateur Night, “The Night House” is an upcoming horror movie that premiered at the Sundance Film Festival January 24, 2020, and is now set to release on the 16th of July, 2021. The movie stars The Prestige’s Rebecca Hall, Sarah Goldberg (HBO’s Barry), Stacy Martin ( Nymphomaniac.), Evan Jonigkeit, and Vondie Curtis-Hall. The movie is being produced by David S. Goyer, Keith Levine, and John Zois under Anton and Phantom Four Films. 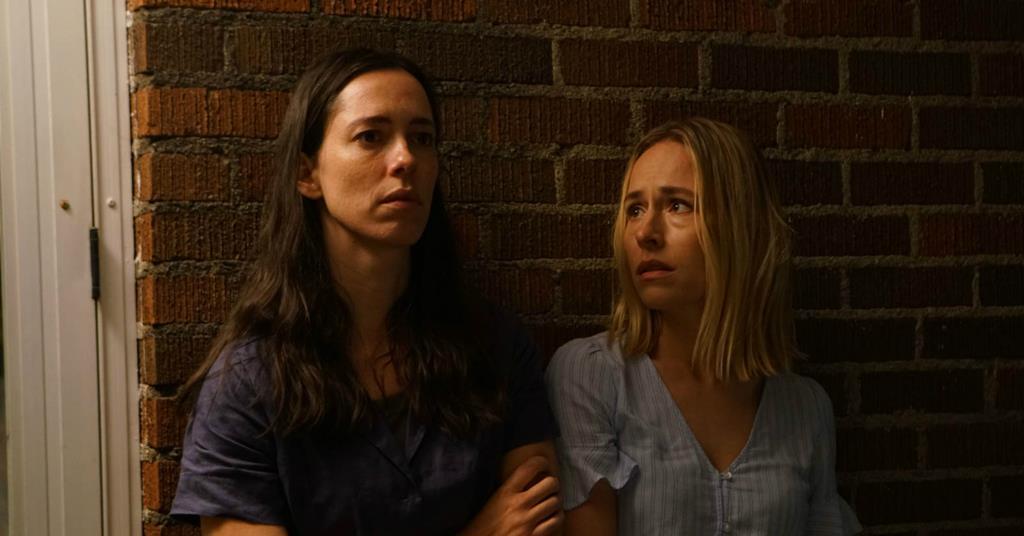 The movie follows Beth, played by Rebecca Hall, who meets with her husband’s unexpected death and tries to keep it together as she resides on the lakeside home her husband built for her. While she struggles to face reality, terrible dreams along with disturbing visions and the presence of ghostly allure haunt her and her house at night, but the next day, all the proof vanishes. Ignoring her friend’s advice, Beth digs deep into the haunting and finds deep and strange secrets of her husband and a mystery she is now determined to solve one way or another.

The Eyes Of Tammy Faye -Releasing On 24th of September 2021

Directed by Michael Showalter, who is known for directing the critically acclaimed 2017 film The Big Sick, “The Eyes Of Tammy Faye” is a biographical drama film based on the 2000 documentary same name by Fenton Bailey and Randy Barbato. The movie takes a more intimate and fictionalized look into the history of televangelists Tammy Faye Bakker and Jim Bakker. It stars Jessica Chastain (Interstellar), who is also co-producing the film along with The Amazing Spider-Man’s Andrew Garfield, Cherry Jones (Fox’s 24), and Vincent D’Onofrio (Netflix’s Daredevil). The Eyes Of Tammy Faye will be released on the 24th of September 2021 and produced by Kelly Carmichael, Jessica Chastain, Gigi Pritzker, and Rachel Shane under Freckle Films, MWM Studios, and Semi-Formal Productions. 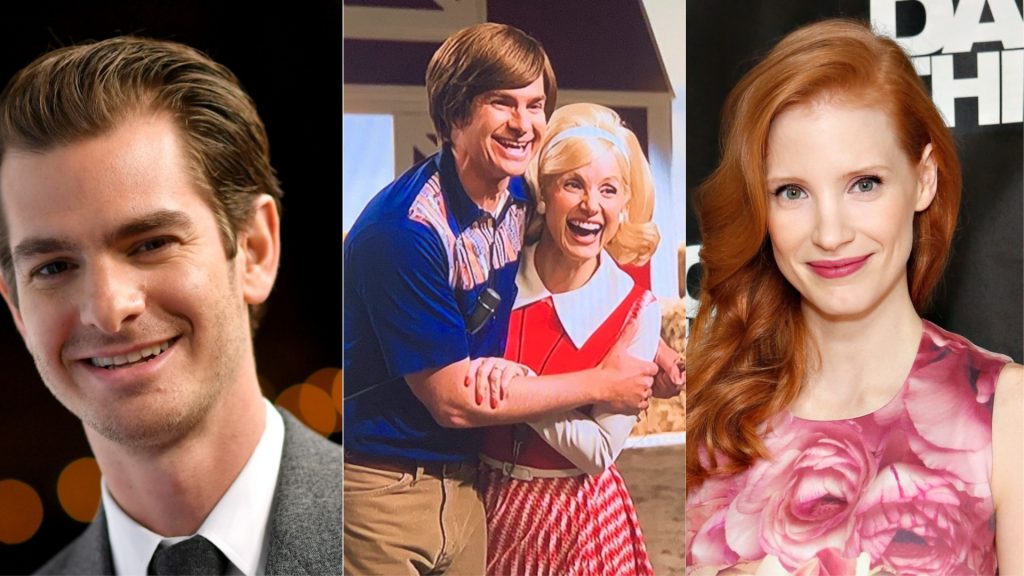 According to the Official Synopsis of “The Eyes Of Tammy Faye,” the movie will be set from the 1970s to the 80s and follow Tammy Faye, played by Jessica Chastain. Her husband, Jim Bakker, played by Andrew Garfield, rises from their humble beginnings and creates the world’s largest religious broadcasting network and theme park, which denotes the message of love, acceptance, and prosperity. The movie is set to feature Tammy Faye with her Indelible eyelashes and her idiosyncratic singing, along with her wish to embrace people from all walks of life. The happy life soon leads to conflicts upon the arrival of financial improprieties, scheming rivals, and scandals that rival their built empire. 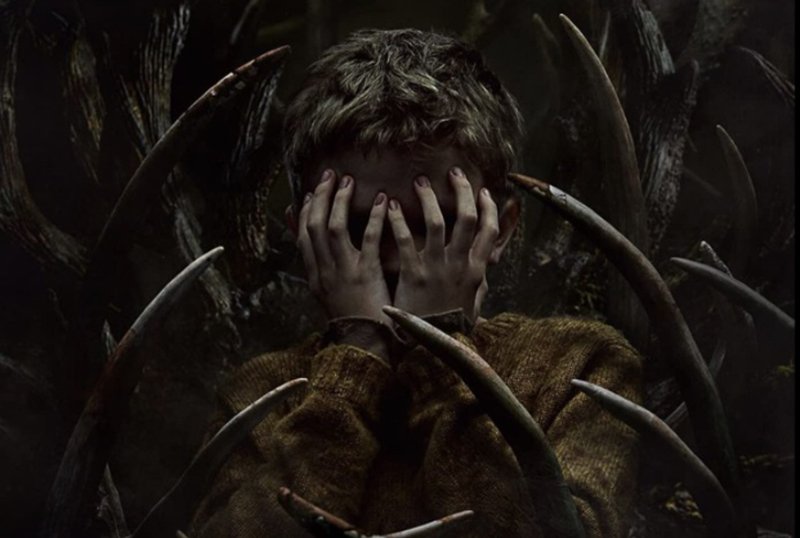 Antlers follow the story of a school teacher Julia Meadows played by Keri Russell, and her brother Paul, the local sheriff, played by Jesse Plemons, who reside in a small town of Oregon. Both Siblings become concerned about acknowledging that one of Julia’s students, a young boy named Lucas Weaver, played by Jeremy T. Thomas, is hiding secrets. Upon revealing them, they found out that he is keeping a supernatural ancestral creature inside his very home.

Directed by Academy Award-winning director Guillermo del Toro, who has directed movies like Pan’s Labyrinth (2006) and The Shape of Water (2017), 2021’s Nightmare Alley is an upcoming psychological thriller based on a novel of the same name by William Lindsay Gresham. Nightmare Alley has a stellar cast including the likes of Bradley Cooper (A Star Is Born), Cate Blanchett (The Lord Of The Rings), William Dafoe (The Lighthouse), Toni Collette (The Sixth Sense), Richard Jenkins (Jack Reacher) and Rooney Mara (Her) along with Ron Perlman, Mary Steenburgen, and David Strathairn. “Nightmare Alley” is being produced by J. Miles Dale and Guillermo del Toro himself under TSG Entertainment
and Double Dare You Productions.

Nightmare Alley is set to follow the story of young Stanton “Stan” Carlisle, played by Bradley Cooper, who has a talent for manipulating people with a few well-chosen words, and he soon meets his competition when he hooks up with a female psychiatrist Dr. Lilith Ritter played by Cate Blanchett who is more dangerous than he is.

So far, this is the lineup for the confirmed movies that will be coming out this year from Searchlight Pictures, and we hope by the time, Covid-19 situation keeps getting controlled and people start filling up the theaters again to witness these upcoming movies. Few other movies have been kept hold from Searchlight Pictures, which also includes Wes Anderson’s French Dispatch, which doesn’t have an exact confirmed release date. So far, it’s a bold move from Searchlight Pictures as everyone is adjusting to the times similar to the way Warner Bros. is doing by releasing all of their movies in theatres and a release on HBO Max. We will keep you updating on everything revolving around entertainment, TV shows, movies, anime, and gaming, so stay tuned to Otakukart News.

The Vampire Diaries – Joseph Morgan Shares His Original Plan For Klaus Before The Originals Came In!

Bruce Timm Approves Michael Keaton As Bruce Wayne For A Future Live-Action Batman Beyond Project! What Can We Expect For The Batman From The Future !