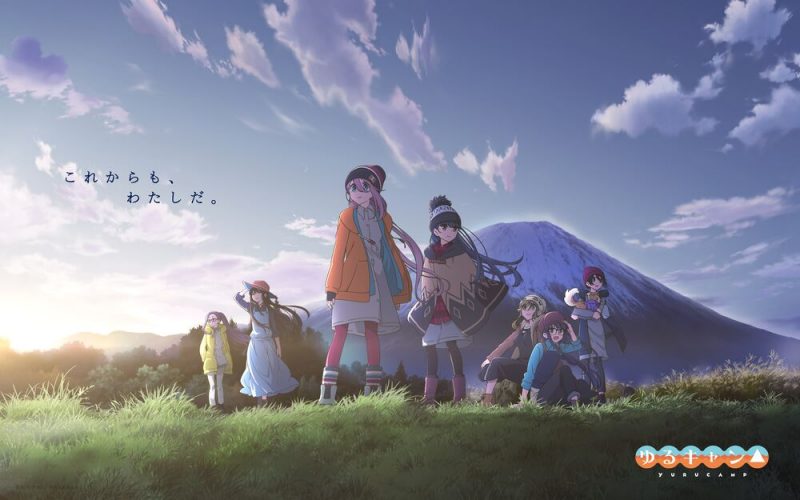 In this post, we are going to be talking about a TV Short anime Heya Camp△ Episode 4 streaming details, update and air date. The previous episode was the 3rd Episode of Heya Camp△ , and it aired on the 20th of January 2020 with the title ‘Mad Dash! Kawaguchi Lake Rally.

Heya Camp△ Episode 4 will be airing on Monday, 27th of January 2020. The anime is produced by the studio C-Station; it falls in the genre of Comedy and Slice of Life. Heya Camp△ is the short anime of Yuru CampHeya Camp△. Heya Camp△ releases its new episode every Monday at 20:55 JST in AT-X. Heya Camp△ airs for 3 minutes and will be airing up to 12 episodes

Though we don’t have the promo of Heya Camp△ Episode 4, you can check its trailer here

You will be able to watch Heya Camp△ episode 4 online on its official licensed site Crunchyroll. It will be aired an hour later in Japan. Though it’s been said that you may able to stream on the various free streaming platform, but we highly recommend you stream on this official site. To support the creators and anime.

No, as of now, the anime Heya Camp△ is not available in the English Dubbed version, but we will keep you updated as it is available. But still, you can watch it with the English subbed on Crunchyroll.

What is Heya Camp△ about?

Short TV-Series of the former anime Yuru Camp△. This anime is the adaptation of the manga series by Afro. It was serialized in Houbunsha’s Seinen manga magazine from July 2015 to February 2019. It is the story of the three club members of the laid-back outdoor club that uses one corner of the classroom as their club room. They are now going on a trip where they will enjoy the various local treats as they travel around.