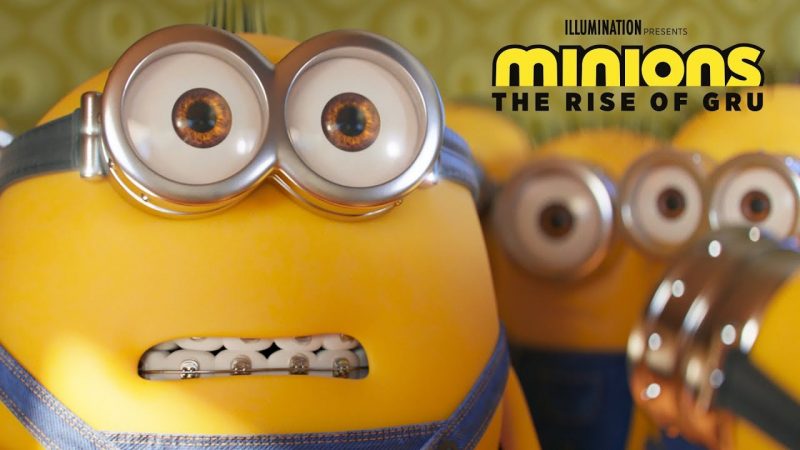 The next installment to the Minions series, Minions: The Rise of Gru will be releasing later this year, and fans of the series are extremely excited to see what the upcoming film has in store for them. Illumination produces the animated movie, and it will be serving as the prequel to the Despicable Me series, which made its debut back in 2010.

The upcoming sequel is helmed by Kyle Balda, who has been a prominent face for the franchise, along with co-directors Jonathan Del Val and Brad Ableson, while Brian Lynch will be providing the scripts for the film. A lot of new information regarding the project have surfaced up, and to save you the trouble, we have gathered all the recent updates and information regarding the movie, so here is everything you need to know about the upcoming Minions: The Rise of Gru.

Even villains have growing pains. #Minions: The Rise of Gru, in theaters this Summer. pic.twitter.com/wfb93LKGCp

Illumination and Universal Pictures dropped the official announcement of the project back in January 2015, and the official productions began later in July of the same year. The title of the film was unveiled in 2019, and given the success of the original Minion film, fans have high expectations for the sequel, and according to the latest updates, Minions: The Rise of Gru will be fascinating, and fans will be enjoying every minute of the film. Minions did wonders at the box office, and it gardened a wave of positive reviews from all across the media, including the audience as well the audiences who praised the visuals, the storyline, and the performances of the voice actors. The film earned a total of $1.1 billion at the box-office worldwide, and experts expect the same level of performance if not better.

Minions: The Rise of Gru Trailer

The first sneak peeks of ‘Minions: The Rise of Gru’ was revealed during the Super Bowl LIV on 2nd February 2005, and the official trailer was later released on 5th February.

Minions: The Rise of Gru Story

Minions: The Rise of Gru is set in the early days of the 70s, and it follows a 12-year old boy named Felonius Gru, who happens to be a fanboy of Vicious 6, a gang of supervillains. Gru works his way up to gain enough notoriety to join the villainous gang after they fired their leader Wild Knuckles. However, things don’t go according to his plan after he fails to pass the interview, and the situation worsens when he steals from them. The film revolves around Gru’s struggle against the gang and his bonding with Wild Knuckles when he seeks his guidance in this conundrum.

Who is in ‘Minions: The Rise of Gru’ Cast

What is ‘Minions: The Rise of Gru’ update

Minions: The Rise of Gru will be released on 3rd July 2020 in the Cinemas in the US.