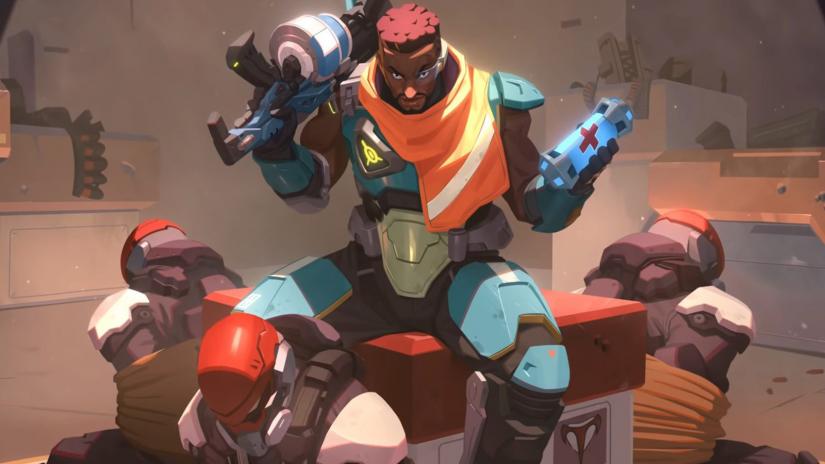 Blizzard shocked the gaming community with the revelation of its newest hero. Blizzard released a new trailer in which they revealed the community to the latest hero, who will be joining Overwatch. The new hero is called Baptiste. The hero is an elite combat medic who is equipped with a variety or experimental healing devices.

It has also been confirmed that Baptiste used to be a member of the Talon military group and the Caribbean Coalition. He is 36 years old, and he operates for Tortuga. The story trailer of Baptiste hints that he became interested in joining Talon during the Omnic Crisis. However, his current affiliation and motivations are unknown. So, they remain a mystery. We will definitely get to know more about his backstory as Blizzard has a habit of delivering it.

Now moving on the skills and abilities of Baptiste. His main weapon is the Biotic Launcher. It is a burst weapon which deals a good amount of damage. The launcher is also capable of healing teammates with its projectiles. Baptiste has an ability known as “Regenerative Burst” which heals himself and nearby allies.

If you are interested in playing with Baptiste, then you don’t have to wait for it only if you are on a PC. The character is currently available on the PTR servers. There has been no information about when he is going to make his way to the main game. Normally newer characters are added to the game after a few weeks. After making way to the main game, it will take a couple of weeks for Baptiste to be available for competitive play.

Baptiste seems like that he will primarily be a support character much like Lucio. Baptiste is also capable of creating a generator which prevents allies which are close from dying. His ultimate ability is Amplification Matrix. This ability creates a field that doubles the damage of an ally, and it also doubles the healing of the ally who passes through it.