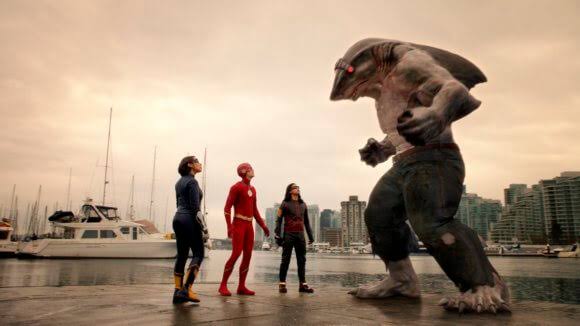 The previous episode featured King Shark, who was killing people barbarically using his abilities. Although he was Shay Lamden of Earth 2, he was out of control and Barry and the team had to control the situation. They then somehow managed to turn King Shark to Shay Lamden but he still had dark matter in his head, and more cure to wipe out! Shay was feeling guilty of what he did as King Shark, and he decided to take responsibility for it. Then Gorilla Grodd came into play and took control of Cisco and Caitlin and ran away with the crown. Then we saw King Shark helping Barry and Nora to tackle Grodd, and they successfully managed to do so. Grodd was put in a medically induced coma to keep him in control. Now, let’s talk more about the next episode ahead!

The show can also be streamed online on The CW app, where all the CW shows are available to be watched online by entering TV subscription details. There are several online platforms such as Hulu, Roku, DirecTV Now where viewers can stream The CW channel at the mentioned time to watch The Flash.

The next episode will feature Cisco in control of Grodd as we knew, and The Flash and team will have to bring his consciousness back to cure him. Also, Killer Frost will be there to have their back! Also, Nora will be seen disagreeing to Barry’s plan to tackle Cicada. Take a look at the trailer of the next episode!