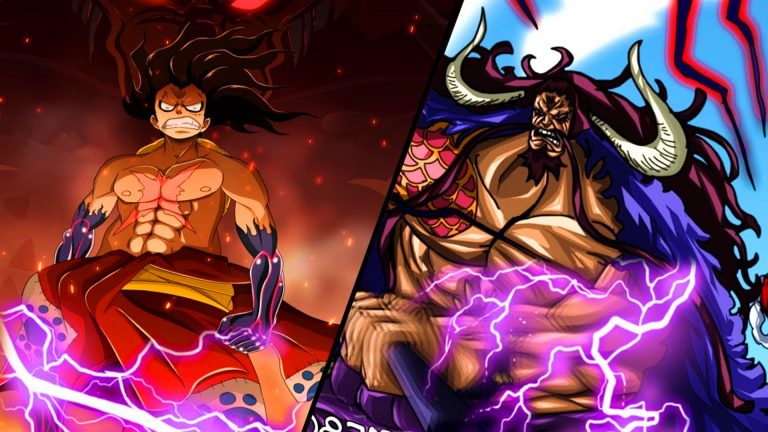 We finally have One Piece 974 Spoilers, they are not full spoilers but we do have parts of the spoiler, and we will be sharing and update it here, so you can read One Piece Chapter 974 manga spoilers right here.

In the previous chapter, manga revealed the truth about one retainer who was not seen in the future. That retainer was Denjiro, who had been considered to have died 20 years ago by some readers. However, like Kawamatsu and the other retainers, he actually survived after all these years. At present, Denjiro is in disguise as Kyoshiro, a samurai and a money changer.  He is also the reason why Hiyori has been safe and alive after all these years by also disguising her as Komurasaki.

Denjiro asked Hiyori to not reveal hers and his identity, even to the known allies of the family. This is to ensure that their lives wouldn’t be in danger. With the changes that he made in his appearance, he was sure that even Kinemon won’t be able to recognize him. And indeed, his plans worked, as his identity will not be revealed until One Piece 973.

In addition, Denjiro is also the Witching Hour Boy, who has been stealing money from Orochi’s government. How will this revelation affect the current story?

One Piece Manga Chapter 974 Spoilers are now coming out slowly, so let us get to it. The upcoming chapter will return to the present, and the flashback is now over. We will continue from where we left off 5 months ago when the flashback started.

One Piece Chapter 974 is titled Onward to Onigashima, we will likely see Strawhat Pirates and the Scabbards finding a way to travel to Onigashima as the title says.

In the cover story, we see Gotti saving Chiffon from the marine in Dressrosa. These are all the spoilers we have for now, we are going to be updating this post as more spoilers come out, so stay tuned.

You can read One Piece Chapter 974 online on Viz Media and Shueisha’s official Manga plus website, as they will offer you free manga every Sunday. All the more reason to support the official release than the pirated content.

We will probably also get to see who is the real trailer of the Kozuki Clan, RogerBase has made fantastic video on it.