One Piece: Stampede is getting closer with each passing month and right now, we’re barely two months away from its release. The movie has been hyped up to be the best One Piece movie to date and fans are already looking forward to it. We’ve got lots of information on the movie in the last few months from a PV to the story, to cast and character designs. Undoubtedly, Stampede is going to be the best looking One Piece movie.

Oda’s artwork for One Piece: Stampede broke out on Twitter earlier today, and the art looks absolutely gorgeous. We can see Luffy, along with several other characters such as Trafalgar Law, Boa Hancock, Smoker, Rob Lucci, and of course, the main antagonist of the movie, Douglas Bullet. 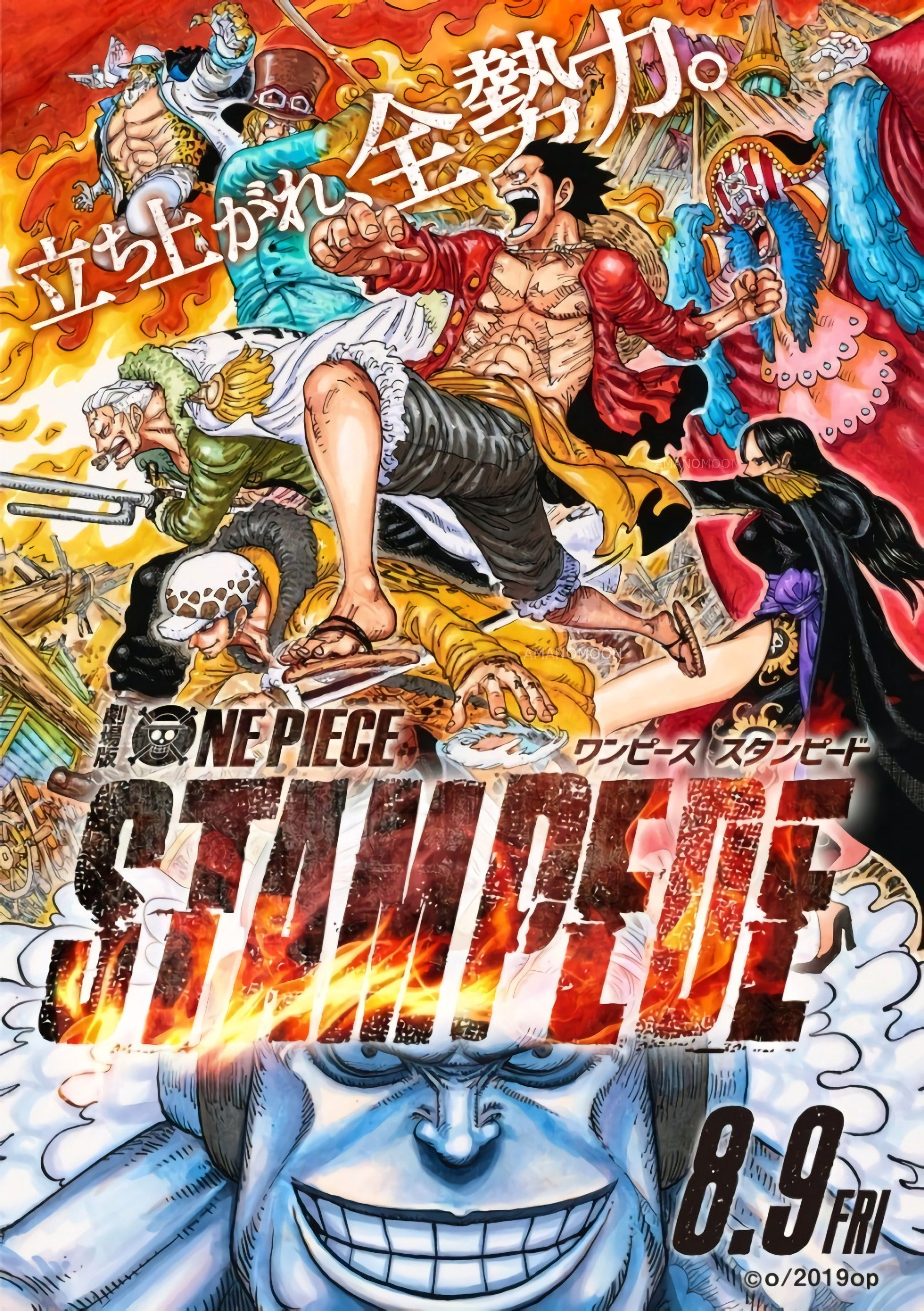 More information on the film will be revealed in the upcoming issue of Shueisha’s Weekly Shounen Jump magazine, which is just days away from releasing online.

One Piece: Stampede opens in Japanese theatres on August 8, 2019.

What’s Stampede about?
Stampede is based on a Pirate festival that is held by the Pirates, for the Pirates. A number of big and small name pirates are going to be present. This year, it is all about finding the treasure of Gol D Roger himself. The Strawhat Pirates will be participating in this festival as well.

Dragon Ball Super 2019 Anime Delayed: When Will It Release?