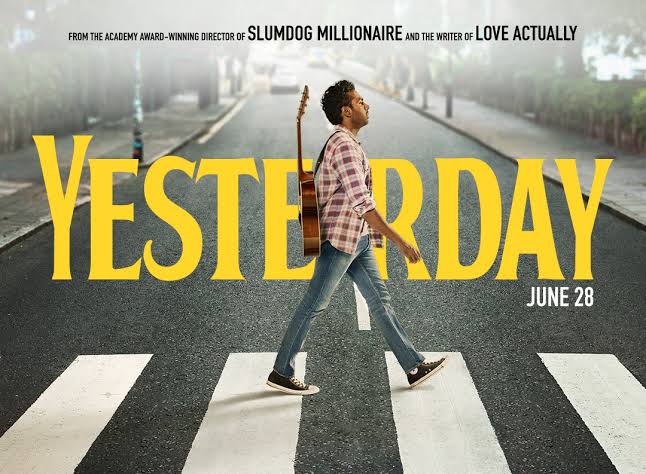 Yesterday is the fantasy comedy movie about The Beatles; it stars Himesh Patel, the EastEnders actor. It follows the story of a struggling musician called Jack, who lives in a world where no one knows anything about the Beatles. Yesterday, the film came from Danny Boyle and Richard Curtis. What Yesterday is majorly a musical fantasy-comedy involving Jack’s story? He has so far been an unsuccessful musician, and a car accident changes his life. After he wakes up, he realized he’s the only person in the world who remembers all the Beatles’ songs. And so he performs all of their songs, as his own across the cities such as Moscow, Los Angeles, and Liverpool. He becomes an instant star and at the same time stands a risk of losing his best friend.

Yesterday the movie will hit the UK and US cinemas on 28th June 2019. Here check out the trailer for the movie:

The cast of Yesterday includes Himesh Patel as Jack, Lily James as Jack’s best friend Ellie, Lamorne Morris as Jack’s manager Debra, Meera Syal and Sanjeev Bhaskar as Jack’s parents and Sarah Lancashire as a Liverpudlian woman Liz. The film also features a cameo from Ed Sheeran and a cameo from James Corden.

Yesterday is directed by Danny Boyle and written by Richard Curtis. If you are a Beatles fan, you should know that Yesterday is a 1965 hit from the movie, Paul McCartney while describing the song, said that he woke up and just happened to play it. That’s exactly how Boyle feels about the movie.