After the Avengers: Endgame released back in April, fans were extremely shocked to see the outcome, and it was an extremely emotional ride as fans had to bid goodbye to some of the most loved characters ever since the first Avengers came. Tony Stark’s demise was the most painful thing for fans to see and so was Black Widow’s sacrifice. Along with the mentioned two, Captain America also parted ways, and now, with all these heroes, fans started speculating the future of the MCU. Phase 4 of the MCU was extremely hyped and all of it was evident from the reactions of the fans when Marvel’s boss, Kevin Feige revealed it in the San-Diego Comic-Con. 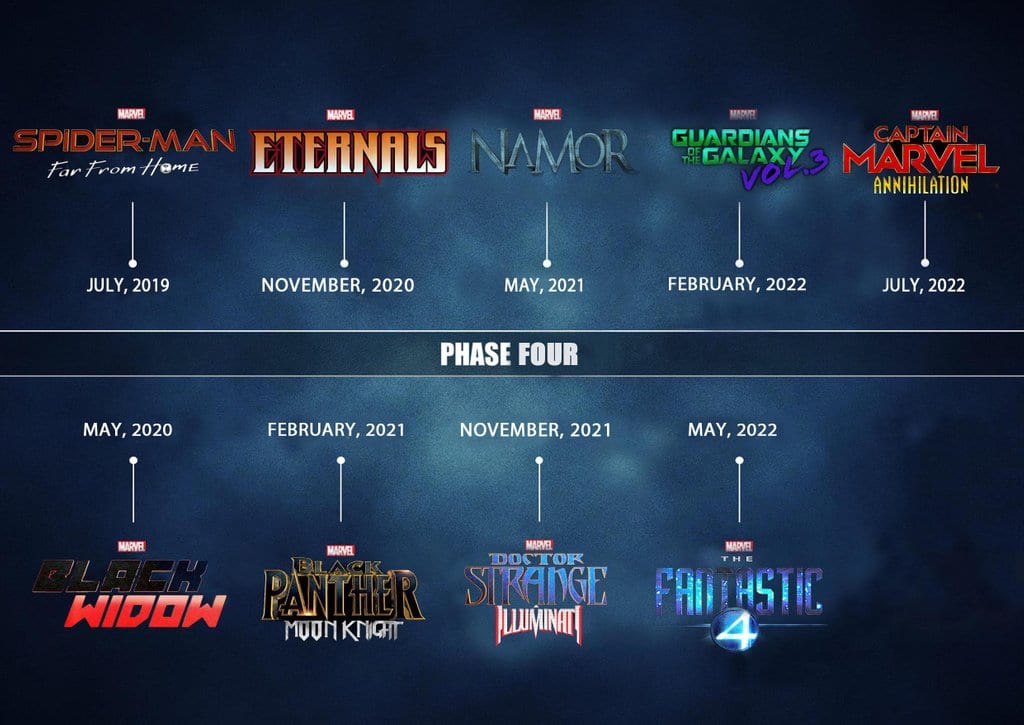 According to Kevin Feige, Marvel’s Phase 4 consists of 5 series which will be streamed on a brand new platform, Disney+ and five films starting with the standalone Black Widow movie. Earlier, it was revealed that the upcoming Black Widow movie would explain her sacrifice in the Avengers: Endgame and Hawkeye might be included in the film. We have already covered those topics, so you can read it just by clicking on the highlighted parts.

Phase 4 is also going to be the first phase which doesn’t include an Avengers movie. The most recentwas Trinh Tan’s revelation about what fans can expect from Phase 4. We have gathered all the details and information about this, so here is everything you need to know about Marvel’s Phase 4.

In an interview with the Comicbook.com, Trinh Tan revealed that Phase 4 would have more diversity and more female representation than before. Tan feels that it is very important to translate diversity into the films. The fact that the team has Shang-Chi, Black Widow and more will surely help the audience with the real world as every people in the real world is different from others.

Tran added that the focus is primarily on introducing new characters and make them appealing so that the audiences can give them the same love as they had given in the past to the likes of Iron Man, Thor, Captain America, Hulk, and others.

We expect to hear more on this in the upcoming days, so stay tuned to Otakukart for more updates.