Borderlands 3 is an action role-playing game and a first-person shooter that has been in development for quite a while now. Fans are getting anxious to know more about when the game will come out and all the other details.

There are so many rumors floating around at once that it has become nearly impossible to differentiate between what we actually know what speculation is. In this post, we’ll be discussing all that we know about the game, so you don’t feel confused at all. So let’s get started!

As some of you may know already, Borderlands 3 was created by Gearbox Software and published by 2k games. So far, there are three editions of the game. The first one is Borderlands, which came out in 2009. 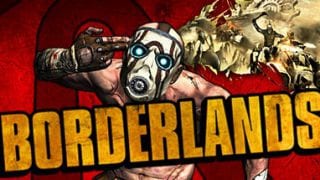 Even the CEO of Gearbox, Randy Pitchford, said at PAX East 2016: “It’s no secret. Obviously, there’s going to be another Borderlands.”

So, what we know is that there will be another Borderlands game. It may not be called Borderlands 3, but a game is due now.

Since the game hasn’t been officially confirmed yet, there is nofor the game. But we’ve been given more than enough hints on when to expect the game.

Back in March 2017, there was an investor call, and it gave us an idea when Take-Two CEO Strauss Zelnick had said a “highly anticipated new title from one of 2K’s biggest franchises”l is in development for the fiscal year of 2019 (October 2018 to September 2019).”

Are you excited for the game? Let me know your thoughts in the comments section!