Lucifer boss teases season 5 part 2 – When will it release?

Lucifer boss teases season 5 part 2 will be the 'most emotional' part. 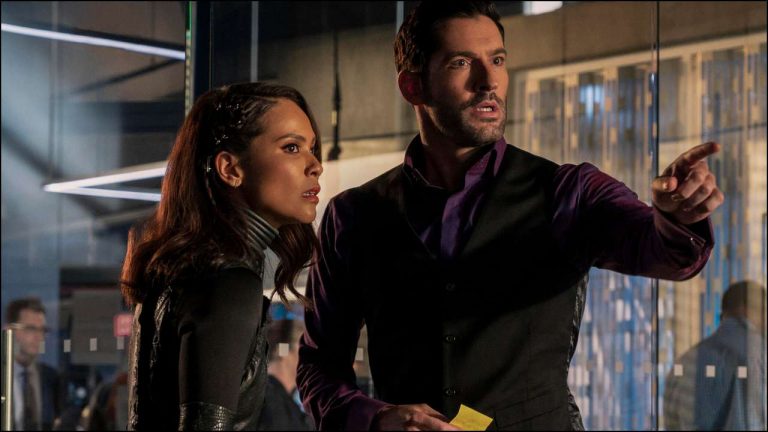 Lucifer just concluded the first part of its fifth season, and fans are looking forward to seeing what 5B has in store for them. According to the most recent updates, the second part of Lucifer Season 5 will be the ‘most emotional yet,’ so prepare those tissues already as you’ll be needing them.

The show made its much-awaited return with its fifth season a couple of days ago, and fans are already gearing up to see what lies ahead in the second part. We have gathered all the recent updates, and information regarding the second part of Lucifer Season 5, so her is everything you need to know about the upcoming Lucifer Season 5 Part 2.

Season 5 kicked off with a bang, and it concluded with the same intensity leaving several questions unanswered, and with so many cliffhangers at the end, the team is preparing to return with an even bigger second part. In a recent interview, Joe Henderson revealed that the second part is their ‘most emotional’ part yet, and although season 5 started a bit dark, she explained that 5B would be having a mixture of both light and darkness (a bit more than 5A), and the emotional content will be multiplied by the addition of the new family dynamics.

Henderson added that it’s a family story, and it’s all the family drama that will make it more interesting, ‘Dad’s home and he’s not happy with what his kids have been up to.’ According to Joe, they have so much more to explore in the family and their overall relationships that will make 5B very special, and all of the children wanting to live up to their father’s expectations, and ‘now he’s finally here and so much of it is going to be these children deciding which questions to ask and how he chooses to answer them.’

Lucifer Season 5 part 1 consists of 8 episodes, and all of them were released on 21st August 2020. You can watch all the episodes of Part A on Netflix. The episodes are as follows:

Lucifer Season 5 Part 2 is expected to release sometime near the fall of 2020. We will keep you posted as soon as the official release date is announced..